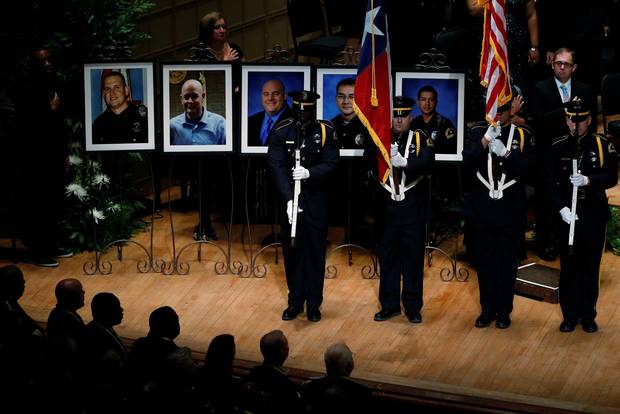 The national shrug has come and gone as the names of those lost drift out of public awareness. No amount of platitudes, brief “moments of silence,” flags lowered to half staff, sorrowful sounding comments from politicians, or heads bowed over morning coffees will lend satisfactory meaning to the sacrifices of those lying still in those ten fresh graves. What makes it all the more pathetic is the fact that those of us who were paying attention predicted it all.

I look back at the articles I have written for Blue Lines in the last year and all I can do is shake my head. There is no comfort in saying, “I told you so.” Obviously my efforts were meager, but there were so many more voices that have been raised high and strong on the very real dangers involved in the continuation of this unrelenting anti-cop propaganda campaign. We warned that it would result in lives lost and a degradation of effective police work. How many were dismissed as alarmist?

And now officers are faced with the questions, What’s to come? How do they react? How do they respond? The new ones will follow the directions given by their supervisors and command staff who they hope will know how to navigate the mess. Some of those will take advantage of the current train wreck to promote new policies, new tactics, new protocols…in truth, there will be nothing “new” about any of it.

“What has been will be again, what has been done will be done again; there is nothing new under the sun.”  (Ecclesiastes 1:9)

The veterans will back up, withdraw, and keep their heads down…hoping to survive whatever time is left before they can retire. Those who have a dozen years or more already invested in the job, but won’t be eligible for pensions any time soon, will do one of three things…reduce their personal risks by adopting a very passive approach to their personal activity, look for opportunities to transfer to assignments that get them off the streets, or seek out new job opportunities.

And the politicians and pundits have learned nothing. They still condemn some officers still under investigation before anything approaching due process has taken place. What chance of a fair trial is left when everyone including your governor and the President of the United States proclaims you guilty? Even if they are exonerated, their careers are over…trampled underfoot by those who embrace political expediency over anything else.

And those ten graves grow colder than the indifference that dug them.