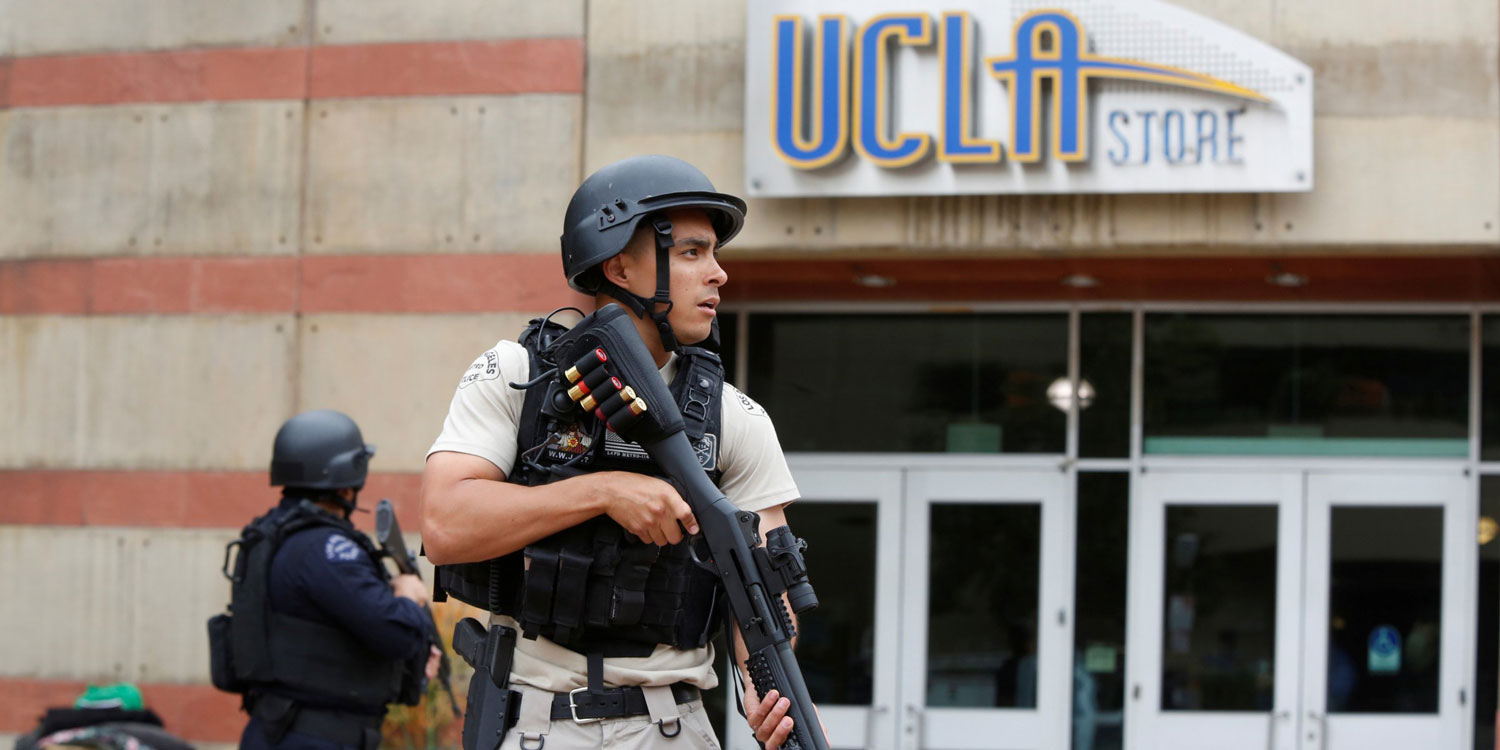 The Challenge of Predicting Evil

Another high profile shooting occurred on a college campus this last week. A murder/suicide incident involving a professor and a disgruntled student…the whole story continues to unfold. Not the first of it’s kind and, certainly and unfortunately, not the last. Obviously, and most significantly, it is tragic for the victim and his family. But the heartrending impact will vibrate through all those who knew him and those who were familiar with the perpetrator. Everyone will look at the circumstances and wonder what, if anything, could have been done to intervene somehow to prevent this apocalyptic spasm of violence from happening.

Certainly, the news media will drag out the talking heads that always stand at the ready to pontificate on such issues. Frustratingly, there won’t be much new to offer. And that’s just it. By now it should be common knowledge that specific prediction and prevention in these cases are difficult. The 1930’s radio drama, The Shadow, expressed this dilemma with a line from the introduction to each of its episodes:

“Who knows what evil lurks in the hearts of men? The Shadow knows!”

If only we had a magically intuitive superhero character available to us today who could warn us of the evil before it spills out. But sadly we don’t and we likely never will. The best scientific minds say even the most psychotically violent individuals are only volatile 40% of the time—the other 60% of their waking hours are relatively benign. If you saw them sitting on a park bench at a good moment, you probably wouldn’t give them a second thought.

Few would argue against Scripture in this sense. I suppose the trick is to follow the regressive logic back to consider what turns a human heart to evil. Not all evil thought leads to actual violence, but the perpetrators of horrendous violence rarely act out without raising a few “red flags.” Our trouble is in paying attention to them and recognizing their significance. In other words, developing enough “actionable intelligence” to substantiate legitimate concern and justify assertive action that would likely interfere with the person’s freedom. Here we run head-on into the age-old conflict between public safety and civil rights.

I suggest we simplify the matter for ourselves. The psychology of violence and the symptoms involved in cycles and stages of psychoses are too complicated for this short column. So are the legal issues at this point. So let’s leave the medical diagnoses to the doctors, the legal ramifications to the courts, and the response protocols to the law enforcement authorities. Let’s consider what we could do in the sense of supporting their efforts and providing them what they need to do their jobs effectively. None of them can do anything without information.

So what to do?

I propose the first thing is to pay attention to the people in the world around us with a considerate eye. Some people are incredibly, almost unbelievably, intuitive. The more you interact with people of various backgrounds and temperaments, the better you are at reading them. Cops are great at this and I’ve known some who were just short of psychic. But any of us who deal with people regularly will normally have a heightened sense of human behaviors, especially those that seem out of the norm. That is particularly the case in circumstances where people are under pressure. Emergency room nurses, paramedics, hospice workers, and grief counselors come first to mind. However, we don’t need to be in such dramatic endeavors. Some of the best judges of people are receptionists, sales representatives, customer service agents, and teachers. Aside from that, some folks are just compassionate and empathetic enough to tune in to the “vibes” given off by others. The bottom line is if we see someone in distress, withdrawn from normal stimuli, unusually agitated, or noticeably furtive, we should take note of it…and then tell someone about it.

Sharing our observations can be the most uncomfortable part of this whole thing. That’s particularly true the more subjective our perceptions are. Most of us, even the dimmest of dimwits, have experienced those occasions when something didn’t feel right or set well with us. Attaching significance to such sensitivities can be tricky and there’s no black-and-white advice to give on how to properly discern what is meaningful and where you should draw the line. I always urge people to tell someone no matter how rationally unimportant it may seem, because others may have picked up on the same stimuli and were just as reluctant to say anything. It doesn’t necessarily demand ringing an alarm bell. It might be as simple as making a casual remark to a coworker to bring their attention to it for a second opinion. But, I can’t tell you how many times I’ve interviewed witnesses to blatant criminal conduct who just didn’t bother to pick up a phone.

“Oh, yeah. You mean the guys in the black masks carrying the automatic assault rifles? Yeah, I saw them go into the bank. You mean it got robbed?  Oh, my!”

I kid you not…

If we’re not too preoccupied and/or apathetic, it’s amazing how many things we’ll pick up on that should raise our curiosities, promote caution enough to mention it to someone, compare notes, justify our concerns and report the unusual to someone more capable of taking some kind of action. I’ve always told people, “If it’s suspicious, report it. If it turns out to be nothing…well, we’ll confirm that it’s just that and at least others will know you care. But, if it turns out to be something…”

How many are looking back on last week and are wishing they said something to someone? In hindsight, you really don’t want to be that person…