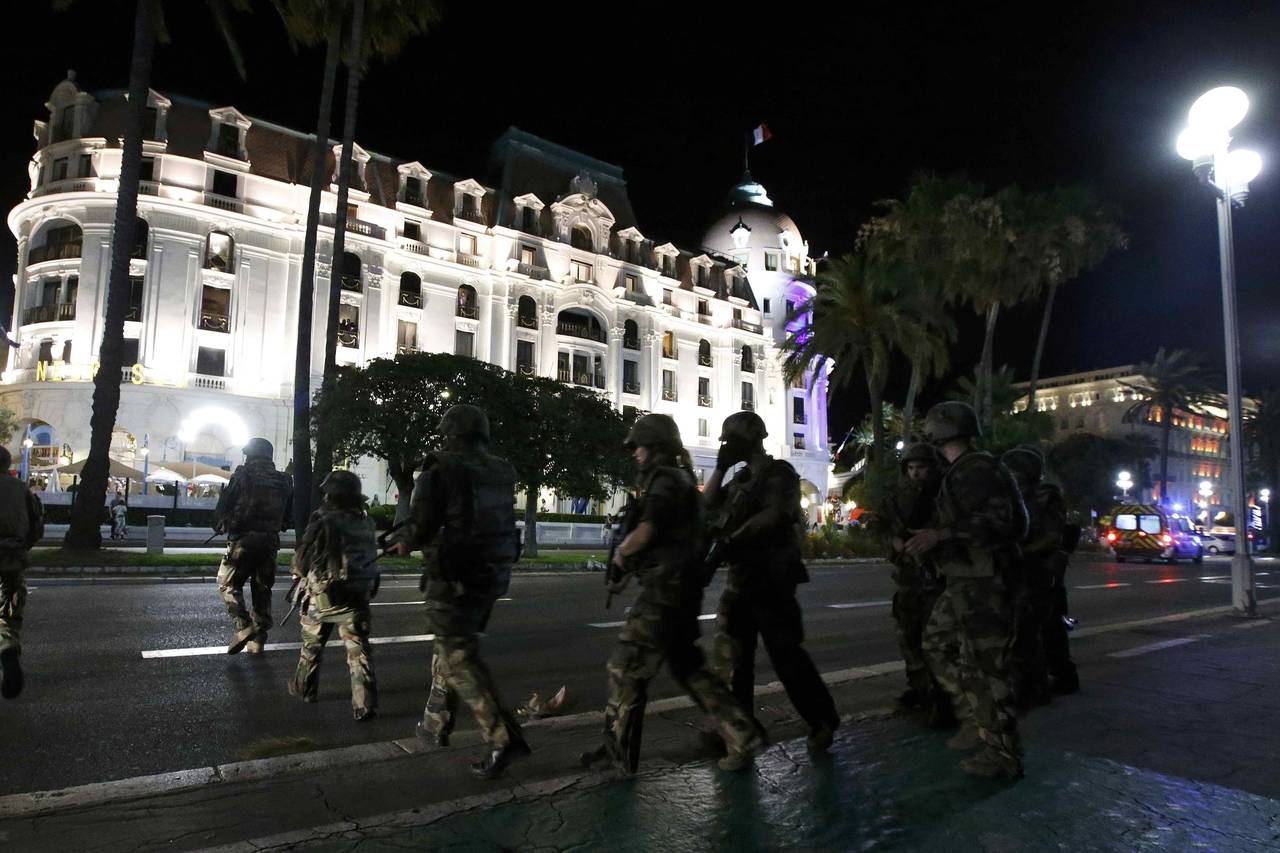 Have We Become Too Smug for Our Own Good?

“Terror attack kills scores in Nice, France, Hollande says” In light of yet another horrific terrorist attack, Theology Mix recommends this article from Michael Kelly, just as relevant today as it was following the attacks in Belgium.

This last week, we were treated to yet another terrorist attack, compliments of homicidal/suicidal jihadists. This time in Belgium. Thirty+ people killed…one hundred+ injured. Sadly, it’s becoming routine…routine. So much so that our own Commander in Chief gave it less than a minute’s worth of commentary before catching a baseball game with foreign dignitaries who, until recently, were considered enemies of our nation.

I remember when I first saw unedited video of a beheading by an Islamic radical. Intellectually, I knew this was nothing new and jihadists didn’t have a monopoly on that style of murder. Human beings have been doing this to each other throughout history. I’d spent over thirty years in police work. I’d seen a lot of carnage first hand and been privy to evidence of mayhem most other people have never seen. But I have to admit, that made me nauseous.

By the time I had seen video of other atrocities committed by Islamic terrorists, saw barbaric executions of hostages and the blatant murder of children, I found I was almost able to take it in stride. It was still disturbing, but it had become more routine.  Why? Because it had happened with increasing regularity and it seemed there was little being done to stop it…really stop it. So old habits kicked in, and I steeled myself once again for horrors I couldn’t do anything about and anticipated would be reoccurring. You don’t survive a police career with thin skin and without putting emotional distance between yourself and the victims.

Those kinds of defense mechanisms may be appropriate, if not necessary, for police officers and members of the military. But, what does it say about the public at large when we respond to televised reports of such insidious incidents with little more than a shake of our heads and “tsk-tsk” on our lips, before finishing our lunch and going on with our personal business? Is it enough to decorate our public buildings and Facebook pages with the national colors of the latest victimized state?

I’m not saying we have to become hysterical, roll into a fetal position, and hide our eyes from the realities of life. Heavens no…just the opposite! Only rational thought and reason allow us to survive critical circumstances. But, can we afford the kind of desensitized apathy that results in merely treating terror as entertaining fodder for the evening news, and shrugging the responsibility for an effective response off to politicians…some of whom seem less concerned than we are?

Let’s face it, government leaders are generally motivated more by public opinion and sentiment than by their own personal principles. Every time someone questions why something more aggressive isn’t being done to eradicate the growing scourge of worldwide terror, the politicians and pundits always turn to the results of the latest polls to test the inclination of registered voters. That is usually followed up by debates over what should be done. And that, of course, raises other issues to be worked out. Discussion and debate has become our national pastime to the point of communal paralysis by analysis.

Certainly, an effective response must be serious, sober, professional, and intelligent—not the product of imprudent, bombastic political theater. It must also take into account the virtues and values that have made the United States and western civilization developmentally advanced and morally credible. Under the worst of circumstances, we have seen that the limits placed on governmental power by our Constitution and a respect for the Rule of Law produce the best results. We may be forced to engage in all out war, but we will be able to hold our heads up afterward—despite our national masochistic tendencies.

As Christians, we are mandated to offer compassion, even to those fixated on the singular aim of our obliteration:

You have heard that it was said, ‘Love your neighbor and hate your enemy.’ But I tell you, love your enemies and pray for those who persecute you, that you may be children of your Father in heaven.
-Matthew 5:43-45

It can be difficult at times to balance national security with our Judeo-Christian values.  But, while we are instructed to turn the other cheek, we are not mandated to abandon our children to slaughter or our homes to rampage. The daily news reminds us constantly there is enough homegrown evil in our own communities and within our borders to keep us occupied. That’s for sure. But if we turn our backs to the rest of the world and convince ourselves that radical Islamic terror is confined to the Middle East, or nations that don’t share our intelligence and military capabilities, we should brace ourselves for one horrific kick in the posterior. You would think the ample bloodshed of 9/11, and more recently in San Bernardino (not to mention others), would be enough to give us a clue of what’s to come.