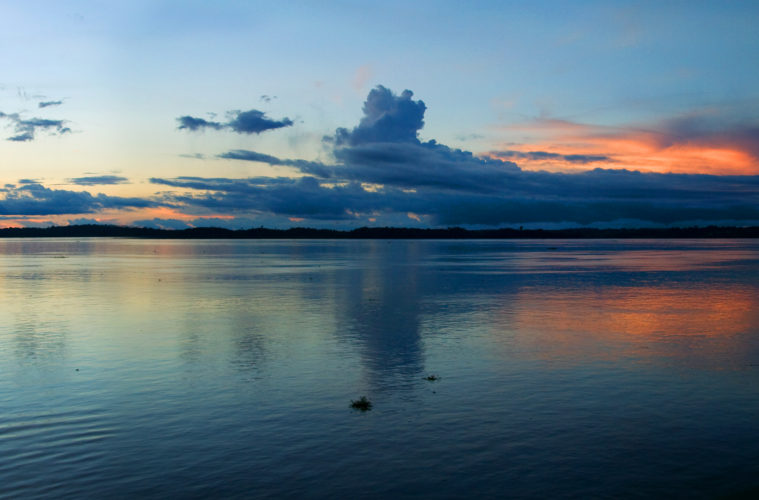 Part 3: The Sabbath In Scripture: A Textual Interaction

In my first two posts, I laid out the development of the Sabbath throughout Church History. In this post we will analyse a few Biblical texts that deal with the issue of the Sabbath.

The Bible is clear that all of creation was made in six days. On the first day, Yahweh spoke and said, “Let there be light,” and there was light. Over the course of the next several days, God created the material world. God’s creation was complete on the sixth day as he created humanity. Mankind was made in the likeness of God with the intention of them operating as vice-regents of the Lord God.

The first chapter of Genesis explains the creative work of God in bringing forth the material universe. The first and most critical text in understanding the Sabbath is Genesis 2:1-3. All of Scripture is progressive revelation and Genesis is the first account that we have regarding a rest. This rest is typified throughout the Bible, but it is not until Hebrews 3-4 that its anti-type is revealed.

Genesis 2:1-3 tells the reader that after completing his work of creation, God rested on the seventh day. It is critical to recognize in this text that the rest that is being entered into is not being entered into by Adam or Eve, but by God. Furthermore, the rest that describes the state of God is not the same kind of rest humans experience after a long day of work. The NIV Application Commentary Commentary states,

“In summary, the lexical information suggests that the seventh day is marked by God’s ceasing the work of the previous six days and by his setting into the stability of the cosmos he created, perhaps experiencing refreshment as he did so. By blessing it, he extends his favor to it.”[1]

From the first to the sixth day of creation, Scripture concludes the day by saying, “…and there was evening and there was morning.” In Genesis 2:1-3, as God enters his rest, there is no mention of the conclusion of the day. In the Jewish mind, evening and morning symbolized the beginning and completion of a day. This is omitted in Genesis 2 because the rest that God entered was not a temporal rest limited by a single day. Rather, God entered a perpetual state of rest. God re-entered the rest that he had experienced before beginning any act of work/creation. Once God’s work was done, all things were set according to his providence. With his work complete, God entered into a state of rest where he ceased doing his work of creation yet still remained active with his creation through covenant fellowship.

This rest of God was not something intending to simply point to the later Sabbath day command though the Sabbath would operate as a symbol. The rest of God in Genesis 2:1-3 was an eschatological type whose anti-type is Christ whose rest is inaugurated at conversion and complete in glorification.[2] The blessing of the seventh day and the sanctifying of it was never intended to be interpreted as a “setting apart for a Sabbath day.” The blessing and consecration of the seventh day rest of God was always meant to be interpreted in light of the reality that the seventh day marked the first day that God participated in Trinitarian rest in the midst of created order. Prior to creation, the godhead communed in perfect unity and rest alone. After God spoke all things into creation, the rest and communing of God was now shared with the creaturely. The seventh day was truly a holy and blessed day because it pointed to a new order of things. The Creator had now created and extended his peace beyond himself.

Remember the Sabbath day, to keep it holy. Six days you shall labor, and do all your work, but the seventh day is a Sabbath to the Lord your God. On it you shall not do any work, you, or your son, or your daughter, your male servant, or your female servant, or your livestock, or the sojourner who is within your gates. For in six days the Lord made heaven and earth, the sea, and all that is in them, and rested on the seventh day. Therefore the Lord blessed the Sabbath day and made it holy.

This is a very critical text pertaining to the Sabbath. Much of the debate pertaining to the Sabbath is grounded on the question, “in what way are Christians required to obey the Old Testament law?” This question cannot be answered without first developing some form of biblical theology. A system for putting together the continuity of the Old and New covenants is necessary in order to understand the nature of the Mosaic law. Ultimately, there are two primary ways of interpreting the Law and its relationship to Christians. Seventh Day and Lord’s Day Sabbatarians believe that only the moral law (the Ten Commandments) need to be obeyed by New Testament Christians while the civil and ceremonial laws do not. Since the Sabbath is placed within the ten commandments or ten words, it is a moral law on the same plane as lying, stealing, adultery, and murder.[3] The Reformed Presbyterian and Lord’s Day (Sabbath) observer Walter Chantry states:

“It is, then, urgent that Christians be clear in their thinking about Sabbath observance. We should consider it nothing less than shockingly unacceptable for Bible teachers and ministers to undermine the practice of the worship and service of God by teaching against the Sabbath law.”[4]

In both these cases, there is an extreme misunderstanding of the law and its fulfillment. There is no passage of Scripture in the New or Old Testaments that ever imply that the Torah has three categories of laws. As far as Scripture is concerned, ceremonial, civil, moral laws are all parts of the Law. As we enter the New Testament, Jesus does not see himself fulfilling two out of three kinds of law; Jesus sees himself fulfilling all of the Law.[5]Therefore, the issue is not how does Jesus fulfill some laws and not others, but how Jesus fulfills all of the Law. The moral laws are just as much fulfilled in Christ as the ceremonial laws, the issue is that they are fulfilled differently. Jesus fulfills the sacrificial system by becoming the ultimate sacrifice. Jesus also fulfills the moral law but he does so by raising the bar in various ways. Slander is just as bad as murder, lust is just as bad as adultery, and divorce is always wrong except on the grounds of sexual immorality.[6]

Considering the Sabbath as a moral law has other implications as well. How does a church that adheres to this idea practice church discipline? Will they discipline a saint for refusing to practice the Sabbath according to Old Testament regulations? Will the Lord’s Day church elders present a saint before the body and have them taken out of fellowship because they practice a seventh day Sabbath instead of a Lord’s Day or vice versa? Would an individual who did not feel a sensitivity toward Sabbath keeping be considered an unbeliever by churches who believe that sensitivity to Sabbath-keeping is a sign of conversion? How would you discipline someone for disobeying the Sabbath? Any biblical theological system must be consistent in order for it to be valid. Placing the Sabbath as a moral law inevitably brings certain issues of consistency that will be difficult to defend in practice.

As Jesus prays for his people, he requests that his father would allow his people to have the same experience he has with the Father. He desires that they experience this not just in this life but also in the life to come. It is clear in this text that it is Jesus’ desire that his people, those whom he died for, would enter into the Trinitarian love of the Godhead. Within this Trinitarian fellowship, Jesus desires for his people to see his glory and to experience his love. Experiencing the rest and peace of God are also clearly in mind here as well. Notice that there is no Sabbath reference within the high priestly prayer. If the Sabbath is to be practiced by Christians, and it is supposed to be such a crucial element to the Christian’s experience of godly rest, why is it omitted from Jesus’ Prayer? The answer is clear, Jesus, like Paul and the writer to the Hebrews, all recognize that the rest of God that is experienced by every Christian is the great fulfillment of the Sabbath law.

In the next post in this series, I will continue the textual analysis by looking at Hebrews, Colossians, and Revelation.

You can follow me on Twitter @KyleJamesHoward. Also, check out my podcast “Coram Deo Podcast” which focuses on issues concerning Biblical Counseling and Practical Theology. You can search for podcast on any major podcast catcher, listen on the web here, follow updates @CoramDeoPodcast, or just click the artwork below.