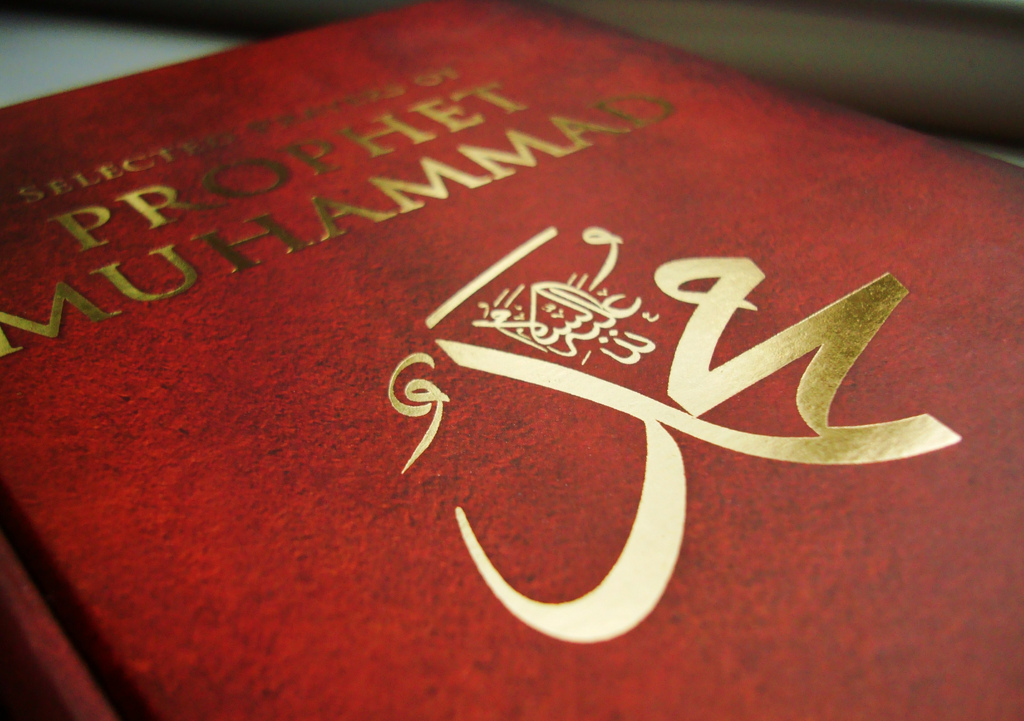 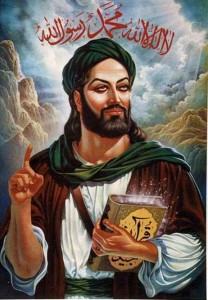 Jesus isn’t as good as Muhammad.

No, it’s not being racist or Islamophobic. It’s a proclamation of faith. In the same way that Muslims declare that Muhammad is the ultimate prophet of Allah, Christianity proclaims with certainty that there is NO equal to Jesus. That’s a difficult message in today’s world—a world that values diversity and letting everyone find their own path. But there is no escaping the biblical message that there is no other way than Jesus.

And that brings us to the word of the day: UNIQUE

Now about eight days after these sayings he took with him Peter and John and James and went up on the mountain to pray. And as he was praying, the appearance of his face was altered, and his clothing became dazzling white. And behold, two men were talking with him, Moses and Elijah, who appeared in glory and spoke of his departure, which he was about to accomplish at Jerusalem. Now Peter and those who were with him were heavy with sleep, but when they became fully awake they saw his glory and the two men who stood with him. And as the men were parting from him, Peter said to Jesus, “Master, it is good that we are here. Let us make three tents, one for you and one for Moses and one for Elijah”—not knowing what he said. As he was saying these things, a cloud came and overshadowed them, and they were afraid as they entered the cloud. And a voice came out of the cloud, saying, “This is my Son, my Chosen One; listen to him!” And when the voice had spoken, Jesus was found alone. And they kept silent and told no one in those days anything of what they had seen.
-Luke 9:28-36

This is the second time in the Gospel of Luke that Heaven makes a proclamation about Jesus. When Jesus is baptized, God says, “You are my beloved Son, in you I am well-pleased” (Lk. 3:22). Now Jesus once again gets the official heavenly seal of approval.

Notice the heavenly visitors spending time with Jesus: Moses and Elijah. The first led God’s people in the original Exodus and the prophet represents the last things and end of time (the eschaton). Jesus is leading a new Exodus, a spiritual journey out of the slavery of sin and into the promised land where we are renewed in our relationship with God.

But Peter doesn’t get it. He sees some great spiritual characters and wants to set up shelters for all of them. He’s inadvertently lumping Jesus in with the other two, not realizing it. But you can’t equate Jesus with anyone else in all of human history. The Spirit of God envelops them all and declares the uniqueness of Jesus—He is the Son of God, the Chosen One. No one else gets to use this claim.

And while people who follow other religions may be good people in their character and behavior, the Bible never compromises that all other roads don’t lead to the same place. There is only one true path, and that’s the path that follows Jesus. So hear what God is saying about who Jesus is and what our response needs to be: LISTEN TO HIM. It does no good to say, “I follow Jesus,” if we’re not actually going to listen to what he says and put it into practice in our lives.

So stop trying to set up tents for everyone else and find the unique Jesus. And listen to him.

Our first song is called This I Believe (The Creed). In a day and age where belief has become so individualized that it is seen as rude to proclaim one’s faith, it is important for Christians to KNOW what we believe and to still proclaim it publicly.

Our second song is The Stand, one of my all-time faves. It declares the our position before God – that we will stand in awe and worship the Chosen One. The song says,