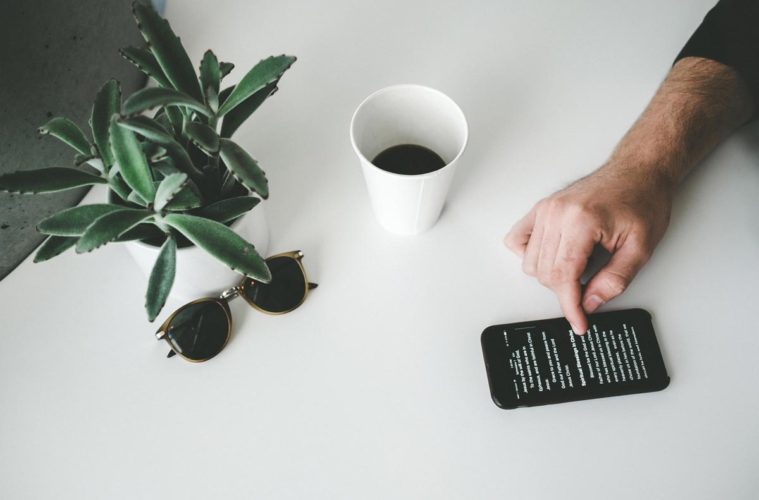 I hear a lot of people saying dumb things about the Bible. That may sound harsh, but “dumb” is really the only word that does their statements justice. These people don’t like a lot of the Bible’s rules, so the easy response is to attack the messenger.

So why would people attack a 2000+ year old book they say they don’t believe in anyway? Because that book contains rules and guidelines that rub against their own values and opinions.

You see, in our culture, personal freedom is our “holy communion.” It’s our sacrament, and we get ticked off when the Bible tells us that freedom is actually destroying us.

Much like the ancient pagan cultures who surrounded Israel in the Old Testament, we are bowing down at altars that encourage every license and abuse imaginable. So we don’t like it when the real God starts messing with our little handmade “gods.”

To destroy the Bible’s authority, some people look for things in its pages that sound outrageous in order to discredit it. They flash these things in the faces of believers, claiming, “Don’t tell me the Bible says my actions are wrong when there’s all this other crazy stuff in there too!” Unprepared believers often feel dumbfounded to answer these claims, and either say something silly or nothing at all.

But the real problem is not with the Bible. The problem is in approaching a 2000+-year-old book with no understanding of history, archeology, or ancient culture…

It’s a bit like the sarcastic teenager who watches Shakespeare and snickers at “how silly they talk and dress.” He doesn’t realize his lack of understanding doesn’t indict the play at all. Instead, his words convict him of his own ignorance and arrogance!

Actually, they’re only ridiculous if you don’t bother to take the time to understand the context and history behind them.

Thousands of years before the concept of germs, God taught his people how to avoid disease through sanitation. There were warnings like, “Don’t go to the bathroom near where you prepare your food.” These seem laughably obvious to us…nowadays. But in our intellectual arrogance, we forget that the occasion of this writing was thousands of years before the creation of the microscope.

So how did the ancient Hebrews come up with these rules, while not understanding anything of modern sanitation, disease, etc.? What incredible luck that the rules they came up with just happened to be things that, in that primitive culture, would end up saving their lives.

The fact is, the presence of the Old Testament sanitary laws is terrific proof that the Bible really is the product of a divine Intelligence. Whom else could have understood how germs are spread in a barbaric, nomadic ancient culture?

In addition, God also put them on a diet that even Dr. Oz would endorse. Shellfish was indeed one item on the restricted list along with pork, just as it is for many seeking healthier eating habits today! God was trying to keep his people healthy within an incredibly unhealthy environment. Their dietary laws were one good reason their people did not die out from disease like many of the surrounding cultures.

And in the lesson of not mixing fabrics, he gave a visual aid reminding them not to intermarry with the child-sacrificing, sexually perverse, barbaric tribes around them. He was reminding them to stay true to him while saving their lives in an ancient, hostile culture.

In Acts chapter 10, God told Peter those dietary laws were no longer necessary for Christian believers. God was now doing a new thing spiritually, which involved reaching out to the “unclean” peoples around the Israelites. So dispensing with the laws about “unclean foods” had both a practical and a religious significance.

Just as they were to no longer call any food “unclean,” so also they were not allowed to call any people “unclean.” Christ’s forgiveness could cover anyone, Jew or non-Jew alike!  So there’s no inconsistency, just rules about food from another era that were no longer relevant.

Not in the way we define “slavery,” not at all. In Old Testament times, a form of mutually-agreed upon indentured servitude was a common way of paying off debts. Often, a grown son or daughter would enter servitude to help their family financially.

However, most of the slavery spoken of in the Bible was entered into by mutual agreement, and always for a specific, defined period of time. It was not unwilling service until death.

So when the Bible seems to allow for slavery, it is this kind of limited servitude, not at all what we experienced in the two hundred years before the American Civil War. And note that the Bible is seeking to put reasonable limits on how people can be treated as indentured servants. Where others treated their servants harshly, the Bible was a clear voice calling for compassionate and responsible treatment.

By the time we get to the New Testament, Paul writes a complete book, Philemon, as a plea for a slave owner to treat a runaway slave now as his free brother in Christ. With this, we can see God’s complete revelation and how he ultimately feels about slavery.

The Old Testament starts a process of compassion that is fulfilled ultimately in the New Testament. It was so with our salvation, which began with animal sacrifices as a picture of the eventual sacrifice of Christ on the cross. So that progression takes place in ethics, finally manifesting the pinnacle of Godly behavior in Christ himself.

It’s really amazing how much sense the Bible makes…when, instead of criticizing it, you have the sense to try and understand it.