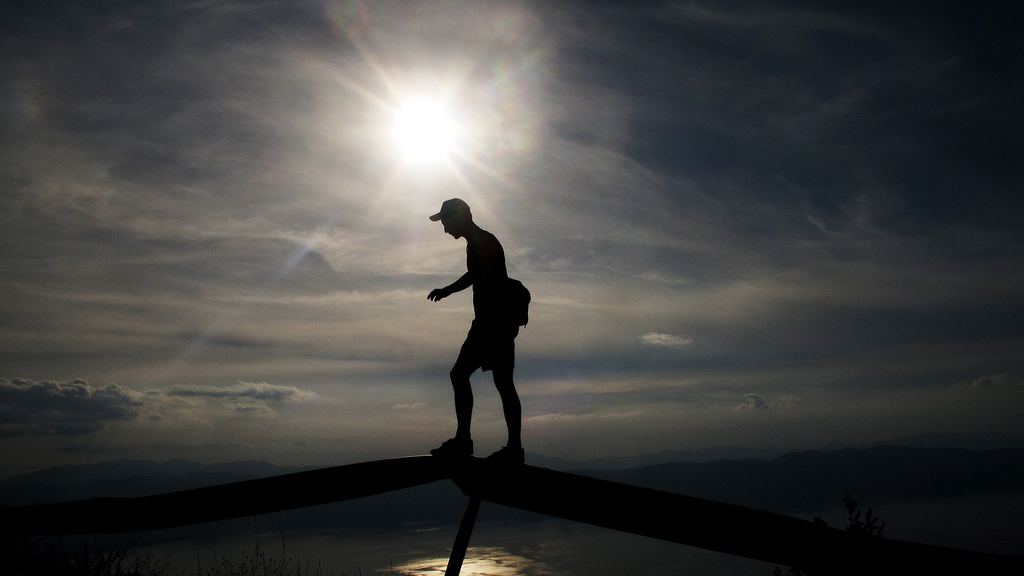 Can We Reason Ourselves Into Assurance of Salvation?

Hebrews 6 is a passage that is notorious for causing people to doubt their salvation. In large part, this is the purpose of the passage – to cause those with false assurance to question whether they have been genuinely converted. But for many people this question cannot be set aside and it plagues them relentlessly.

The general pastoral counsel (which I believe is valid) is to say, “If you fear having fallen away from the faith it is a good sign that you have not. A conscience that is tender enough towards God to fear His absence, especially to a highly troubling degree, is one that longs for God’s presence. That conscience has not been seared (1 Tim. 4:2) to despise or be numb to God.”

But that raises another question, “Is logic or reason the best way to appeal to someone who has a chronic fear of having lost their salvation?” By “chronic fear” I mean those who cannot put away their fear of God’s wrath with repentance and then begin to compulsively organize their life around obsessive thoughts of having committed the unpardonable sin, blaspheming the Holy Spirit, or otherwise hopelessly re-earning damnation after having accepted God’s gift of salvation.

I believe the answer to this question is “No.” When the struggle reaches an obsessive level (often becoming an expression of obsessive-compulsive disorder) it is more of an emotional struggle than a cognitive struggle. The central issue is one of trust more than a lack of or inaccurate information.

In the absence of trust, new information, even well-reasoned, practically-applied biblical information, only serves to feed the OCD machine. In the absence of trust there is always an exception and the exception is me. The discussion will become more complex as you answer the fearful person’s nuanced questions. This complexity only feeds their fear that there is a loophole in the gospel somewhere and they’re in it.

Michael Emlet (M.Div., M.D.) recently reviewed the book The Doubting Disease by Joseph Ciarrochi. In this review Emlet summarizes and evaluates the strengths and weaknesses of Ciarochi’s approach to dealing with doubt that has reached an OCD level. Emlet’s booklet on OCD is an excellent resource for more practical guidance.

But there are many who wrestle with this question without being OCD. The question remains, “How do we effectively appeal to them with the hope of the gospel in a way that is rooted in trust more than reason?” Admittedly, all conversation is rooted in reason to some degree or it would be unintelligible.

In short, we quit trying to present the system of salvation and the evidences of conversion. Rather we present to them a person. The central question is no longer, “What have you done (prayer), what do you understand (doctrine), or what are you doing (sin/fruit)?” but “Who is God?” Salvation is not about performing a ritual (i.e., a certain prayer, evidences particular good behaviors, etc…). Salvation is about trusting a person.

In secular therapies, a predominant methodology with OCD is “exposure therapy” – preparing the client to be able to relax himself in presence of the fearful stimulus without his compulsive ritual. According to Martin Luther all of life is “exposure therapy” to the fearful stimulus of sin with the freedom God gives in the gospel. Luther said, “All of life is repentance (in 95 Thesis).”

Luther was a man who was plagued by his conscience while serving as a monk and went through extensive “rituals” to try to resolve his doubts. But God delivered him when he embraced a simple truth, “The just shall live by faith.” Faith is another word for trust. Luther realized who God was and that God could be trusted. Luther realized he would be repenting for the rest of his life, but that God was faithful, patience, and gracious towards sinners because those attributes where “who God was” not merely “what God did.”

The altering of the question allows your focus to change the process from needing a biblical argument that is clearer than your fears are loud, to trusting a Father who would never turn away one of his children who is broken and repentant for their sin (1 John 1:9). When we know God for who he is we are free to cast our every care upon him (2 Pet. 5:7), even the fear that he might grow weary of our fearful prayers and failures.