Ought Everyone to Believe There Is A God? (Part 1)

Question 2a – Ought everyone to believe there is a God?

“And without faith it is impossible to please him, for whoever would draw near to God must believe that he exists and that he rewards those who seek him.” – Heb 11:6 ESV

But without faith it is impossible to please him Or do things well pleasing in his sight; or any of the duties of religion, in an acceptable way; as prayer, praise, attendance on the word and ordinances, or any good works whatever; because such are without Christ, and without his Spirit; and have neither right principles, nor right ends: for this is not to be understood of the persons of God’s elect, as considered in Christ; in whom they are well pleasing to him before faith; being loved by him with an everlasting love; and chosen in Christ, before the foundation of the world;

for he that cometh to God; to the throne of, his grace, to pray unto him, to implore his grace and mercy, help and assistance; to the house of God, to worship, and serve him, and in order to enjoy his presence, and have communion with him; which coming ought to be spiritual and with the heart; and supposes spiritual life; and must be through Christ, and by faith: wherefore such a comer to God,

must believe that he is; or exists, as the Arabic version; and he must not barely believe his existence, but that, as it is revealed in the word: he must believe in the three Persons in the Godhead; that the first Person is the Father of Christ; that the second Person is both the Son of God, and Mediator; and that the third Person is the Spirit of them both, and the applier of all grace; for God the Father is to be approached unto, through Christ the Mediator, by the guidance and assistance of the Spirit: and he must believe in the perfections of God; that he is omniscient, and knows his person and wants; is omnipotent, and can do for him, beyond his thoughts and petitions; is all sufficient, and that his grace is sufficient for him; that he is immutable, in his purposes and covenant; that he is true and faithful to his promises; and is the God of grace, love, and mercy: and he must believe in him, not only as the God of nature and providence, but as his covenant God and Father in Christ:

and that he is a rewarder of them that diligently seek him; who are such, as are first sought out by him; and who seek him in Christ, where he is only to be found; and that with their whole hearts, and above all things else: and, of such, God is a rewarder, in a way of grace; with himself, who is their exceeding great reward; and with his Son, and all things with him; with more grace; and, at last, with eternal glory, the reward of the inheritance. [Gill]

Answer – Everyone ought to believe there is a God; and it is their great sin and folly who do not. 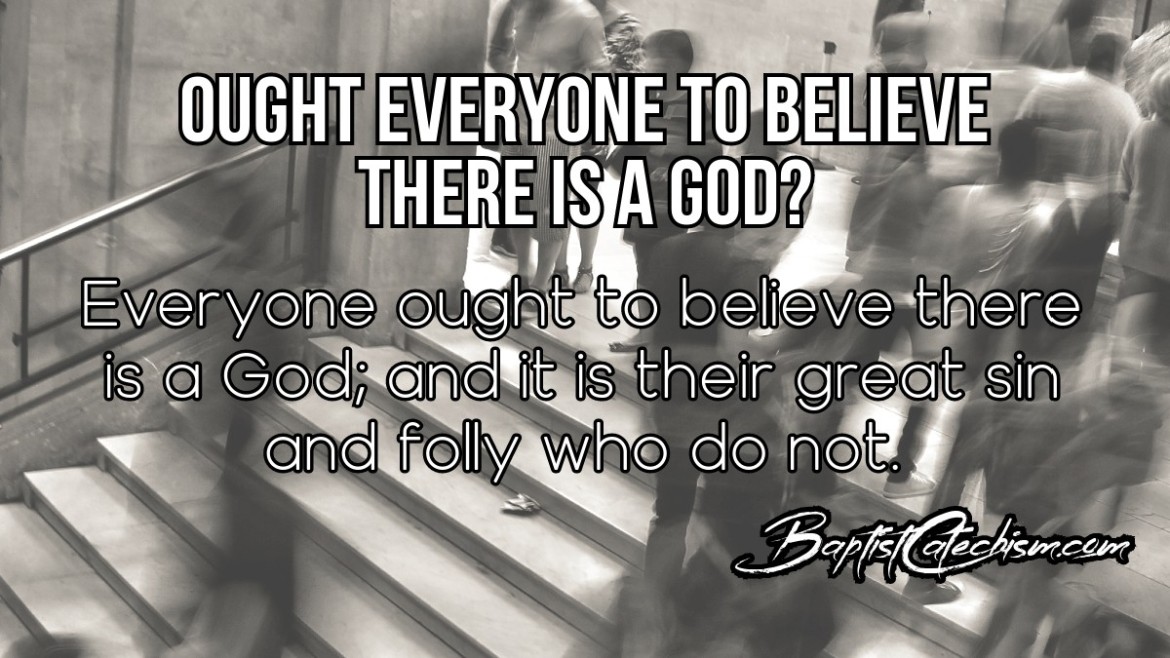 Photo by Simon Harmer on Unsplash