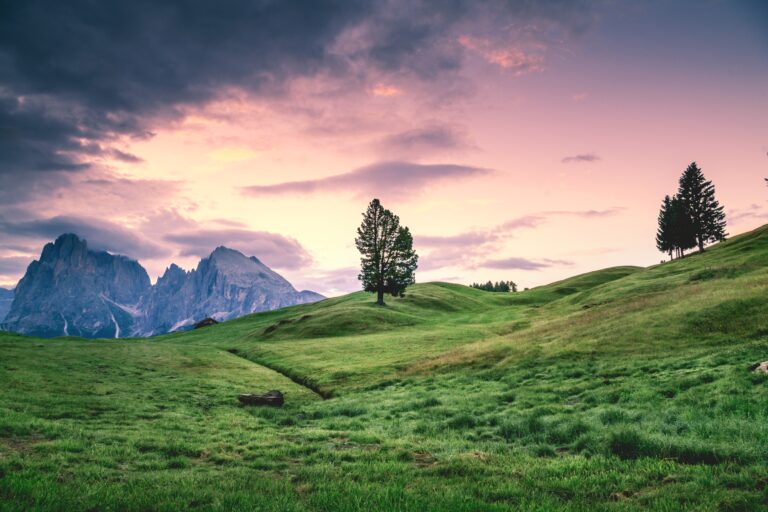 “Jesus thereby leads the way to a new vocation. Instead of the frantic pressure to defend the identity of people, land, and the temple, Jesus followers are, to the renewal of hearts and lives, to recover the initial vision of being a royal priesthood for the whole world, which is the Messiah’s inheritance and now will become theirs as well.” -N.T. Wright

In the ongoing series, I’ve been working on looking through Genesis, this “initial vision” comes to Abraham. His is the mandate to become, in a sense, the world’s priest. This “new vocation” is really an old vocation, as old as the garden of Eden. It comes down to one word, that vocation. In the first two chapters of Genesis, God called it going out and working the earth, creating community and beauty throughout the new world.

But basically, it’s one word. BLESS.

And I do not mean that like a Southern woman means it.

We meet this idea in the beginning, and it comes clearer in God’s plan to create a people of his own in order to carry out that plan. By Abraham’s time, humans needed it clearer. They had already lost touch with what God said in the garden and required a little Creation 101. So God speaks clearly:

Genesis 12.1-3  The Lord had said to Abram, “Go from your country, your people and your father’s household to the land I will show you.

I will bless those who bless you,
and whoever curses you I will curse;
and all peoples on earth
will be blessed through you.”

Abraham’s call—his work and meaningful purpose in life (remember that fundamental blessing of Genesis 1?) is to bless the nations.

Yet, when given the chance, he fails. Repeatedly, before he succeeds. Nowhere more clearly than in the story of Hagar, one of my favorites. Hagar is a slave, a foreigner, and a woman. Talk about a triple whammy. She “belongs” to Abraham, more specifically to his wife. In some transaction, they took her with them when they left Egypt. Given those circumstances, he has a perfect opportunity to bless her—and thus fulfill his call.

Instead, when his wife Sarah says, “Hey, here’s my slave Hagar. Sleep with her so I can have a child through her,” he does.

I think we can assume consent was not part of the deal.

Hagar had no agency. No ability to choose. The power differential was completely on his side, and it was his call to choose blessing or harm. Abraham chose harm, in order to bless himself.

Later, when Sarah again complains, this time that a pregnant Hagar is triumphing over her mistress, Abraham again has the choice to bless or to harm. He could choose to protect this woman and her son, to treat them as family, to apologize, to take responsibility for his own destructive choice, to tell his wife that her jealousy has reached unhealthy epic proportions, and she needs counseling, stat.

He allows Hagar, the mother of his child, to be treated so terribly that she runs into the desert, preferring its certain death to her current situation.

And that is when the magic happens. God’s magic, that is.

‘The angel of the Lord found Hagar beside a spring of water in the wilderness, along the road to Shur. The angel said to her, “Hagar, Sarai’s servant, where have you come from, and where are you going?”

“I’m running away from my mistress, Sarai,” she replied…

Thereafter, Hagar used another name to refer to the Lord, who had spoken to her. She said, “You are the God who sees me.” She also said, “Have I truly seen the One who sees me?” So that well was named Beer-lahai-roi (which means “well of the Living One who sees me”). (Genesis 16)

God meets Hagar on the road. He sees her. She sees him. She, the foreign slave, who one would suppose doesn’t even know Abraham’s God, is so overwhelmed by this that she worships and calls God by a new name. El roi. The God who sees.

Hagar—the foreign, female, slave—is the first person in Scripture to give God a name. Sit with that for a while.

And what a name. She recognizes God as personal, invested, caring and compassionate toward her. Not simply a loving God in general but toward her, personally. She never expected that. She comprehends what it means. She does the only reasonable thing—bows in worship, speaks the truth, and allows that personal love toward her to strengthen her as she returns to whatever will come.

In the desert, Hagar is blessed beyond belief by feeling and knowing herself seen.

But notice who does the blessing and who does not.

God comes to her and blesses her.

Abraham, the one whose job it is to bless, does not.

As a result, he also doesn’t take part in God’s great action toward Hagar here in her desert struggle. Abraham never experiences this great blessing that God gives to his slave.

Fear is counterproductive to blessing others.

Abraham has been so busy being afraid. He fears his wife and his neighbors. He fears rocking the boat of his marriage so much that he allows his own in utero son to be sent out to die. He is so afraid of disturbing the peace that he loses his peace.

The one he refused to bless finds his blessing.

It makes me wonder about myself.

How often do I fail to bless others, and that backfires on me?

How many times is the person I failed to bless still seen by God, but I miss the whole thing?

Why would I ever risk missing such a great wonder of God?

It makes me wonder about our society.

It makes me wonder if God will bless those we refuse to bless, as a nation. If the foreigner, the abused women, the enslaved or encaged around us will see God while we stare uneasily at our clumsily manufactured peace and wonder why he seems distant.

Hagar would say so. She knows what it is to be seen.

While we wallow in fear, fear of the other, fear of the unknown, and now fear of everything (we truly all finally have pantophobia, Charlie Brown!), I wonder if it’s a mud pit of our own creation.

I wonder if we could be free of it if we chose the simple act of blessing.

As we allow this season of uncertainty and sacrifice to envelop us, let’s be flooded with the meaning of the mandate to be priests.

“The Good News of the kingdom of God directly counters the Empire mentality by saying two important truths: 1. Every human has intrinsic value imprinted by God; 2. There is enough. The Eucharist shows us there is overflow at the banqueting table while simultaneously reminding us that the intrinsic value of human beings is worth dying for.”—Gena Thomas

Bless. Receive the blessing. And let us not allow fear to rob us of it.

Photo by Karsten Würth on Unsplash

Jill Richardson
Jill Richardson is the pastor of Real Hope Community Church near Chicago. She is the author of six books and a national speaker, as well as a contributor to books from Dayspring, Lillenas, and Christianity Today. Jill’s doctorate in "Church Leadership in a Changing Context" is helping her with her passion—passing on a healthy, creative church and doing it with the next generation. She is a graduate of Gordon-Conwell Theological Seminary, Bethel Seminary (St. Paul), and Washington University. Her focus is on church leadership, creative preaching, immigration and refugees, women’s issues, and intergenerational leadership. She has an unnatural love for Middle-earth, chocolate marzipan, old musicals, fish tacos, oceans, cats, and Earl Grey. She believes in Jesus, grace, restoration, kindness, justice, and the Cubs. You can find her work at jillmrichardson.com.