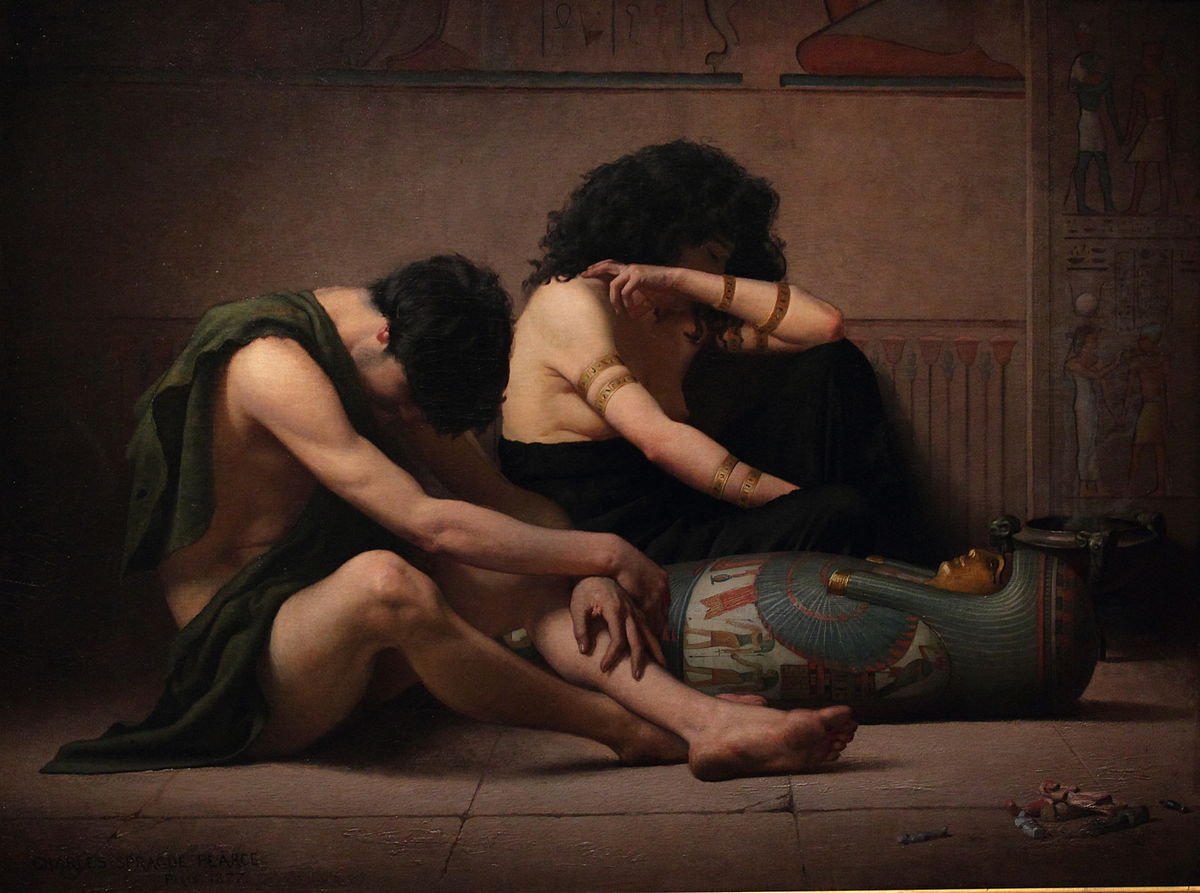 In a debate with presuppositional apologist Sye Ten Bruggencate, David Silverman (President of the American Atheists Inc.) went “out on a limb” and made this comment,

Tell me how we’re supposed to learn morality from an immoral book Sye?… I know that bears ripping apart children is immoral and I’m willing to go WAY out on a limb and say it’s bad.
–David Silverman

One of the reasons I wrote my book The Fury of God is because atheists, and unbelievers, continue to use this tired line of reasoning. I didn’t write the book for them, though. I wrote the book because I’ve actually seen believers stumble over this type of question. We have preached a loving, gracious, and merciful God and when our disciples are faced with the vengeful, holy, and furious God of the Old Testament they turn tail and run in the other direction.

Suppose I told you that God doesn’t want you to forget the awful deeds he did in the Old Testament. Suppose I told you that so far from forgetting, he wants you to remember those things which he’s done. Finally, what if I told you that by ignoring those stories, by hiding them, by disassociating them from your conception of God, you were actually disobeying God? Get ready…because I’m about to do just that.

Plagues and Death in Egypt

Chapter Four was probably the hardest chapter for me to write. It’s the chapter where I lay out all the destruction that God caused on the nation of Egypt. I demonstrate, plague by ruthless plague, how furious our God can be. I’m not going to rehash all of that here. However, I will talk about the death of the firstborn in Egypt.

It was the tenth of ten plagues. Moses warned Pharaoh that if he did not let the Israelite people go, all the firstborn sons in Egypt would be killed. Believers are often well acquainted with this story but, as with the story of Noah and the Ark, we tend to zip past the horrific parts.

I want everyone reading this to take a very serious moment of introspection right now. Ask yourself this question, “Would the God I love and serve kill the firstborn children of an entire nation?” It’s really the same question atheist David Silverman was asking. Is this something a “moral” God should be doing? Would the God you love, serve, and believe in doing this? Is the Bible at odds with the god you say you believe in?

The Lord Killed the Firstborn in Egypt

Oftentimes, believers will take two approaches to this moral dilemma. First, they may suggest that the God of the Old Testament operated differently back then. After all, we’re in the age of grace now, and God doesn’t do that kind of stuff anymore. This approach doesn’t fully alleviate the dilemma because it’s still the same God. Also, it begins to suggest that God is not the same yesterday, today, and forevermore.

Never Forget…This Is Who God Is

The death of the firstborn in Egypt is a truly horrifying event. It’s something that, even if you were spared from it, you’d want to put it out of your mind. However, God has other plans for his people. In fact, so far from wanting the nation of Israel to put this behind them, God institutes the passover ceremony so that they will never forget.

And when your children say to you, ‘what do you mean by this service?’ you shall say, ‘it is the sacrifice of the LORD’s passover, for he passed over the houses of the people of Israel in Egypt, when he struck the Egyptians but spared our houses.’ And the people bowed their heads and worshiped.
–Exodus 12:26–27

From this point forward the nation of Israel will memorialize what God did in that tenth plague. What I want us to notice is that the celebration isn’t just about the salvation of Israel. It’s about the judgement of Egypt. The passover has God in perfect balance. It has a sober reminder of what God did to Egypt, and the glorious message of what he did not do to Israel by sparing them. If there was any question as to whether or not it was God’s intention to focus on both aspects of this event, that question is removed in Exodus 10

Then the LORD said to Moses, ‘Go in to Pharaoh, for I have hardened his heart and the heart of his servants, that I may show these signs of mine among them, and that you may tell in the hearing of your son and grandson how I have dealt harshly with the Egyptians and what signs I have done among them, that you may know I am the LORD.’
–Exodus 10:1,2

God’s entire purpose for these events is to demonstrate to the world generally, and Israel specifically, that he is the Lord. This is who God is and he wants everyone to know it.

Is Your God an idol?

It’s at this point that the proverbial rubber meets the road. If you’re reading this post and thinking, “My God would never do anything like that!” I have some bad news for you. Your god is not the God of the Bible. You, like atheist David Silverman, may say, “I don’t want to worship a god like that!” So be it.

“As for me, and my house, we will serve the LORD.” I don’t deny the weight of this story. It is truly heavy to think about. That being said, I do not think it makes God immoral. If you are acquainted with Chapter One of my book, you’ll recognize that God is the giver and taker of life. It’s his life to begin with. You’ll also recognize that God doesn’t owe mankind anything other than death. You’ll recall that since the Garden of Eden all of mankind has been living on borrowed breath from God. He has every right to take what is rightfully his.

Two Sides to Passover and the Gospel

Finally, I want to bring this back to the Gospel. Anyone who has even a cursory knowledge of the Christian message knows how the Passover foreshadows the Gospel. Just as God passed over the nation of Israel, so too, through faith in Jesus Christ, he passes over the sins of all who put their faith and trust in him. That’s one side of the Gospel. That’s the positive side. What about the other side of the Gospel?

Just as the passover was meant to remind the people of how God dealt harshly with the Egyptians, so too the Gospel promises judgment for all who do not put their faith and trust in Christ.

He who believes in the Son has everlasting life; and he who does not believe the Son shall not see life, but the wrath of God abides on him.
–John 3:36

Jesus was not afraid to set forth both the positive and negative aspects of the Gospel. God was not afraid to have his name connected to the horrific examples of wrath poured out on Egypt. As his followers, we need to stop trying to ignore, and cover up, these stories. Instead, we ought shine forth the God of the Scriptures in all his glory, and let the chips fall where they may.