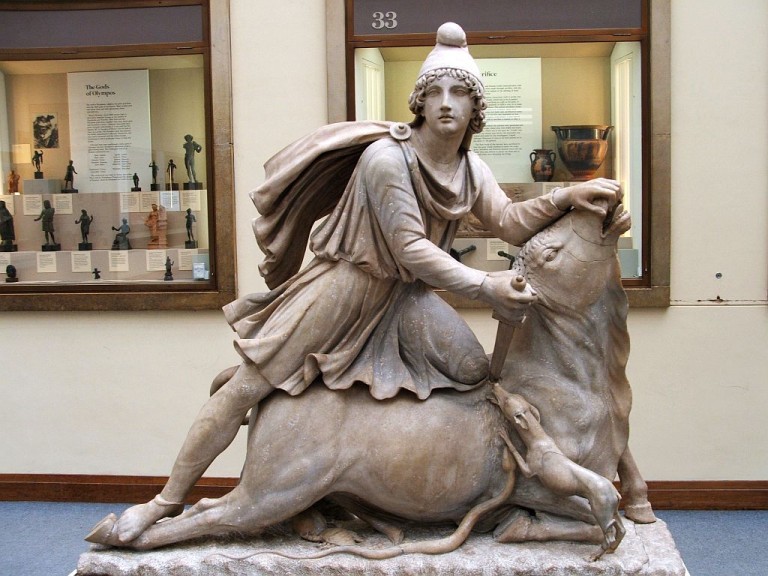 Merry Christmas, everyone! I hope you’re having a wonderful holiday season. I trust you had an amazing Thanksgiving, that you’re enjoying the Christmas music on the radio, and I also hope that you recognize that Jesus is just a re-imagined myth of Horus—check out this documentary. Your beliefs are a lie, Stupid Christian!

I almost forgot that Christmas brings out the most unreasonable stupidity in the ‘skeptical’ community. Chances are you’ve encountered the claim that Jesus wasn’t a real, historical person, and that he is actually an invention; a copy-cat from earlier mythological people.

As a bit of history, the popularity of this line of thinking began in 2007 with a wonderfully misinformed ‘documentary’ known as Zeitgeist. If you haven’t seen it as yet, I strongly suggest that you do (it’s on YouTube), just to be culturally aware of what your 14 year old nephew will be watching at his goofy friends’ houses. Or to know what those Internet Atheists will be posting in the weeks surrounding Christmas because watching Netflix makes them the foremost expert on all topics.

Fast-forward a few years, and nearly all of humanity has rejected this mythology about Jesus being reincarnated mythology. Experts have publicly denounced the conspiracies put out by Zeitgeist’s director, Peter Joseph. But that doesn’t stop people from creating delightful memes (like this) that promote the message of the movie.

It is hard to know what the point of memes like this is. For the sake of discussion, let’s grant the list of similarities. What argument is being presented?

As this Wikipedia article points out, there are many similarities between the historic Titanic and the pre-Titanic, fictional story of the Titantic, but that doesn’t mean that the Titanic story is false. A similar story that predates a real does not negate the real event automatically.

But more importantly, is it reasonable to think that there are similarities between Jesus and the pre-Christian mythologies at all?

Of course not. Anyone who promotes this message has done no research. They haven’t read the primary source documents. They haven’t looked into the facts of the matter. And worst of all, they’re deliberately promoting a message that they haven’t even bothered to confirm.

Over the last few years, I’ve compiled a fairly extensive list of sources that completely destroy the arguments presented by Zeitgeist and the subsequent memes.

If you want some Christian Apologetics resources, here’s an awesome list:

And there you have it. I hope you enjoy these resources—I know I have. And remember… if someone you know makes the claim (or posts the meme) that Jesus = Mithras = Horus, you don’t have to defend the contrary right out of the gate. They are the ones who are making the claim—they shoulder the burden of proof.

But hey… if you want to dive on in to destroy the nonsense, perhaps you can start by linking to this post. I’m sure it’ll  be a good conversation starter.

And, for something a little less academic, but possibly more effective, check out this video!

Elijah Thompson
Elijiah Thompson is a Christian, father, blogger, armchair philosopher/theologian, podcaster, and aspiring scientist. He graduated with a Bachelors in Biology in 2013, and regularly writes on apologetics, science, and the practical applications of well thought-out philosophy at ElijiahT. As humans created in the image of God, Elijiah believes that we ought to critically examine all aspects of our lives, even [especially] the areas that may make us uncomfortable. He may be constantly flirting with heterodoxy, but that is only to discover what is true about God and his creation. Follow him at @ElijahT_87.