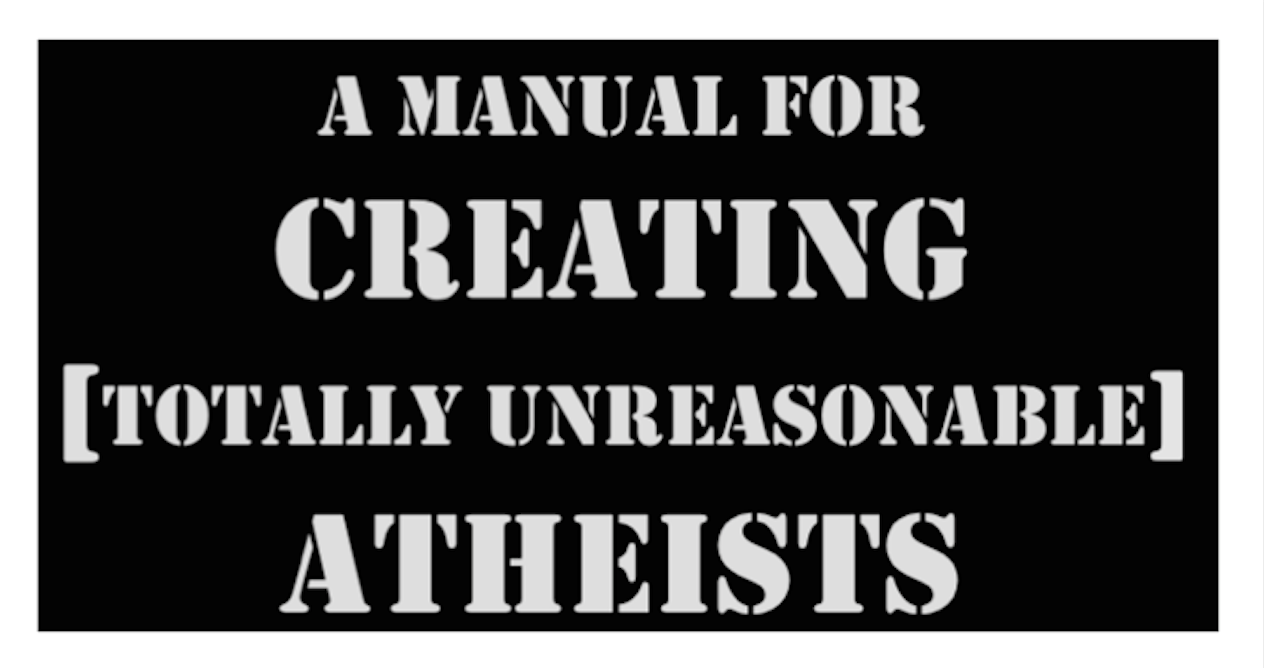 This blog post will teach you how to talk people out of their faith. You’ll learn how to ridicule the faithful through mockery, because this kind of behavior will force them to value reason and rationality, cast doubt on their beliefs, and mistrust their faith. I call this activist approach to helping people overcome their faith, “Street Awesomeness.” The goal of this blog post is to create a generation of Street Awesomes, people equipped with an array of dialectical and clinical tools who actively go into the streets, the prisons, the bars, the churches, the schools, the community, and especially the internet—into any and every place the faithful reside—and help them abandon their stupid religion and embrace atheism.

Enter the Street Awesome: an inarticulate, unclear, unhelpful voice with an unremitting desire to force people into overcome their faith and to create a better world—a world that uses mockery, memes, logical fallacies, %#$&ING SCIENCE, and awesomeness to build the future; a future full of unreasonable and philosophobic anti-theists who are irrationally obsessed with F&#%ing SCIENCE!!

I have a whole ton of points to make. Pay attention—Memorize them all!

There are ten. And some bonus pro-tips.

Point #1  As everyone knows, all atheists always use reason, F&%$ING SCIENCE, logic, and awesome when they come to conclusions. And as we also know, all religious people rely upon stupidity when they come to their beliefs. If you use reason, F#&%ing science, logic, and awesome…you will be an atheist.  End of story.  If you embrace science, you’re an atheist.  A religious scientist is an oxymoron because all religious people reject science.

Point #2  Beliefs are stupid. Street awesomes don’t have them. We have facts and logic and reason and [our favorite thing ever even though we don’t feel compelled to understand it] F#&%ING SCIENCE. And awesomeness.  Only stupid religious people have beliefs.  If anyone tries to tell you that it is reasonable to have beliefs, laugh at them immediately. Some people just aren’t worth responding to.

Point #3  If someone posts an article, following the following steps:

Step 1: Read the title. If you’re feeling overly ambitious, read the last sentence. That’s basically all you need to know.
Step 2: Search for the words “peer” or “review” or “peer review”.  If they don’t exist, laugh and move on. If it’s not F#&%ING SCIENCE, it’s not true.  If they exist in the article, go to step 3.
Step 3: Religious idiots are always totally debunked on YouTube. Google the title of the article and the word “debunked.” Find the YouTube video with the most views. Win.
Step 4: If all else fails, assert that religious language is meaningless. Replace “God” with “Gushanzaboob” (or something else hilarious) and assert that they’re synonymous. 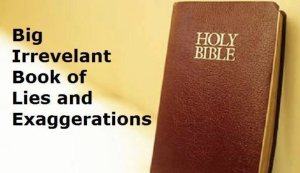 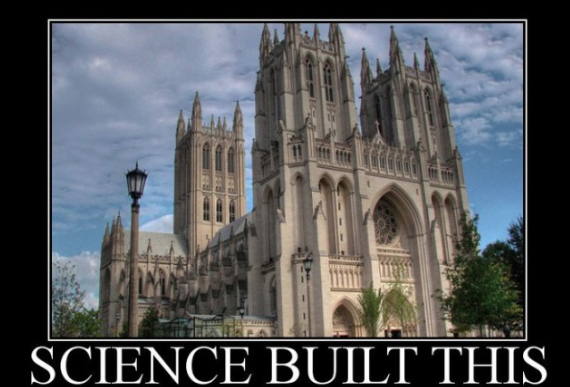 Do you even science, religitards?  Did religion take a picture of a galaxy? No. Religion is useless.

Point #5  I know I’ve like somewhat already made this point, but I need to say it again.  If it isn’t F#$&ING SCIENCE (philosophy or metaphysics or whatever) it’s wrong.  Everyone knows that F&%#ing science is the best thing ever. %#&$ing science is the only way to know things.  And you know what there isn’t? $%#&ing scientific evidence for GAWD.  Whenever you can, make sure you pit science against religion. And whenever someone suggests that science and religion are compatible, just laugh, and appeal to authority. Works every time.

Philosophy always sucks and is always wrong and useless.  Unless the philosophy is done by Bertrand Russell or Friedrich Nietzche or Quentin Smith or Sam Harris or Peter Singer or Peter Boghossian or Daniel Dennett or Karl Marx or Graham Oppy or John Rawls or Alex Rosenberg or Jean-Paul Sartre or Michael Ruse.

Point #6  Speaking of lists of names, you know who else were atheists?  All of the founders of F%#&ing science.  Copernicus, Kepler, Galilei, Newton, Mendel, Kelvin, Einstein…all atheists.

Now, stupid religious people will try to rewrite history and say that these people believed in God. But you should remember point #1. Religious people reject science. That’s why its point #1. Cuz its important.

The only reason these guys didn’t call themselves atheists is because they would have been like burned at the stake or something. So they pretended to be religious.  After all, don’t you remember what happened to Galileo when he tried to show that science proved God didn’t exist?!

Point #7  It is impossible to misunderstand or misrepresent religious people and their dogmatic dogmas.  Just read through the Bible/Koran/Torah/whatever, completely ignoring “hermeneutics” because “hermeneutics” is just another word for “twisting the Bible because I don’t like what it says but I want to believe it anyway.” Remember this: Anytime someone accuses you of “not reading the Bible in context,” ignore it and continue to read what the Bible obviously says.  Its not our fault the Bible is full of stupid nonsense.  Herme-whatever can’t fix stupid! AmIRite!?

Point #8 A little bit of logic for you.
– Only brainwashed religious people and morons accuse people of ad hominems.
– A genetic fallacy is invalid because it was invented by sleazy apologists who don’t like evidence.
– An appeal to authority is invalid because most of the people I know (scientists) say it’s invalid.
– A straw-man is when someone doesn’t actually know what they believe so you have to tell them.
– If someone is affirming the consequent, they’re stupid. Theists are stupid. Therefore, theists are affirming the consequent.

Belief in God is a delusion. The first step in ridding this virus we call religion is to mock religious people.  I won’t go so far as to say that it is a mental illness, because I don’t have to say it. F$#%ING SCIENCE says religion is a mental illness.  Our response? Mock the religion out of them. They deserve it for being delusional.

Remember: Atheism makes no claims. None.  It is the default position.  The blank slate. The Tabula rasa.  Babies are atheists.

Point #10  Here’s a list of people that didn’t exist. The only reason anyone would think these people exist is because of the reasons in Point #9.
– Jesus H. Christ
– Mohammed (durka durka)
– Siddhartha BuddhaGuatama
– Noah –Abraham
– Basically everyone else in the Bible. Theists can’t prove that these people existed. There is no $&%#ING scientific evidence for these people. Game. Set. Match. Checkmate. Touchdown.

That’s the end of the list! There’s a lot more that I could say, but you’ll figure it out.  As long as you’re not a stupid religious dummy, that is. They can’t figure anything out.

P.S. Here are some bonus pro-tips:

– If you are in a library, grab a Bible and put it in the fiction section. Take a picture and post it on Twitter. Repeat. You’ll have so many Twitter followers.  When you’re talking to religitards, use the word “GAAAWD,” instead of God. It makes them mad and then you can accuse them of ignoring Jesus when they get mad. Don’t have time to deal with these idiots? Call them liars. I mean, its obvious that they’re lying. And liars don’t deserve to be listened to cuz they lie.
– If people are wrong about something, its probably because of religion. Obviously if they were atheists they’d be awesome and use logic and reason and…yep. You guessed it. F$#%ING SCIENCE!

Disclaimer:  This is satire.  It is not a response to Peter Boghossian’s book, A Manual for Creating Atheists.