Jesus, Kim Davis, and the Church in ‘Merica

You will either LOVE this blog article, or you will HATE it. I really don’t care…

The truth, like light, exposes what’s in the darkness, and I sincerely pray that this blog does all of these things!

See, this isn’t the first time that this has happened. Kim Davis isn’t a rarity. It happened in the Bible. It happened to Shadrach, Meshach and Abednego when a law was passed requiring everyone to bow down and worship the golden image of Nebuchadnezzar. They refused to bow and were thrown into the fiery furnace (Daniel 3).

The same thing happened to Daniel. A law was made making it illegal for anyone to pray to anyone other than King Darius for 30 days. Daniel prayed, anyways. And because of this he was thrown into the lion’s den (Daniel 6).

Do you know what else these stories have in common aside from their “religious liberties” being infringed on? None of these men of God fought for their “rights” or “religious freedom.” They honored their God by obeying him rather than man. The stood their ground, and then they submitted to those in authority over them, and accepted the consequences for their civil disobedience.

It’s also noteworthy that Shadrach, Meshach, Abednego, and Daniel all used the opportunity to preach to their persecutors about the power of God to save.

And look what happened.

God revealed himself to their persecutors by delivering and saving them from death. He kept Shadrach, Meshach and Abednego from burning alive in the fiery furnace, and he rescued Daniel by shutting the mouths of the lions.

I’ve been seeing both of these stories used a LOT lately, especially in relation to Kim Davis, her stand against court system, and her short time in jail. People are making comparisons to these two stories and what’s going on with her.

But there are things in these two stories from the book of Daniel that the Kim Davis story is seriously lacking:

The Kim Davis story is different.

Government worker gets elected to a government office.

Government worker practices civil disobedience and gets put in jail.

Government worker gets a lawyer who tells the media that his client’s “rights” are being violated. 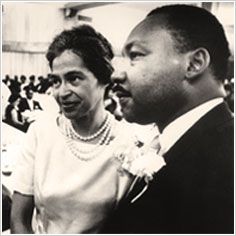 Sounds nothing like the book of Daniel to me.

There are too many activists, and there’s no reaching out to her persecutors, preaching that God alone can save through Jesus Christ. Instead of pointing to the saving power of Jesus Christ, these men and women of God point to Rosa Parks and Dr. Martin Luther King Jr, making comparisons between them and Kim Davis.

The truth that I want to expose today is that the Church in the United States of America is waaaaaaaaaay out of line. It is completely out of order. This whole Kim Davis fiasco shows it.

And quiet frankly, it’s embarrassing watching your friends, family, church family, pastors, ministers, deacons, elders, and evangelists getting on Facebook and “having a form of godliness, but denying the power thereof…” (2Timothy 3:5) in their fight for “religious freedom.”

I mean the way that we are treating the LGBT community. It’s just not right. We act like we’re godly, but we’re denying the very community that desperately needs Christ Jesus access to Calvary. We are more concerned about our “religious liberty” than we are about the souls of those who are lost, confused, hurting, dying, and possibly going to hell. The more we fight for our “rights,” the more we push them away.

This blog isn’t really about Kim Davis or what she did. I really don’t have a problem with her, directly. It’s about us Christians, as a community, and how we behave. It’s sickening!

Do you know what we have become? We have become Pharisees! We lie to people. We tell them, “It’s not about religion, it’s about relationship!” Then we allow law to come between us and the people that God’s calling us to reach out to. These people are starving to know God. These people are hurting to have a relationship with Christ, and what are we doing? Instead of reaching out to them in grace and love, we choose to get ourselves tangled up in law and politics, which is all religion really is, anyway.

To those in LGBT community reading this, here’s the truth about the church in ‘Merica: It’s not about relationship. It’s about religion. That religion is called “Conservative Christianity” and it’s the new legalism. We don’t really care about you. We just want a more comfortable Christianity for ourselves. That’s why we fight for our “rights,” instead of fighting for souls.

And while I have your attention, LGBT community, I want to ask you for your forgiveness. I’m so terribly sorry for how people who carry the name of the Lord Jesus have treated you over the years. The bullying, the judging, the condemnation. That’s not Jesus! We’re supposed to be his Body here on the earth. We act NOTHING like him sometimes. And when we don’t, people get seriously hurt. I know that we have hurt you. For that I am truly sorry, and I ask you for your forgiveness. Please, do not hold our bad behavior against Jesus! Don’t let it come in between you and him! Turn and follow him today!

As far as conservative Christians go: You have no clue what persecution is. You treat Kim Davis as if she’s some sort of hero. She’s not!

You want to compare her to Rosa Parks? Compare her to someone like Pastor Saeed Abedini, who is sitting in a prison in Iran right now, sick, diseased, starving to death, and being beaten daily for his faith in Christ Jesus. He hasn’t seen his wife and two kids since 2012. With the few letters that he’s been able to send home, he’s done nothing but preach Christ Jesus and his love of God to his family and his supporters all around the world.

You want to compare her to Dr. Martin Luther King Jr.? Instead, compare her to the hundreds of Christians that ISIS has brutally murdered and martyred in the name of their lifeless God. These people were violently torn away from their families, some even watching their families being brutally raped and murdered before they were hauled off to some far away distant location, forced to wear orange jumpsuits, then violently had their heads chopped off by the blade of a sword, or locked in a steel cage while their bodies were set on fire so that they could scream and cry for the camera while they literally burned to death.

The Bible is clear: “Indeed, all who desire to live a godly life in Christ Jesus will be persecuted” (2 Timothy 3:12).

NEWSFLASH: Living godly in Christ Jesus isn’t fighting for your rights. It’s actually contrary to that.

Living godly is laying down your life and absolutely everything that it contains (including your rights) for others so that they may know Christ. And guess what, Church? We’re just not doing that.

As the “Body of Christ” in the United States, the only “Christ” that we’re showing people is a “Christ” who’s more concerned about his own comfort and rights than he is the eternal lives of those outside of his body. He’s selfish and self centered. He loves himself more than he loves others. That is what the “Body of Christ” looks like in the United States. How do I know?

Now, I’m going to say something VERY BOLD here, and then I’m going to bring this thing to a close: You fighting for your “rights” does not in any way, shape, or form reflect who Christ Jesus is. He has not commanded you to live your life this way, nor did he live his life this way.

You are not the Body of the Christ. You embody the anti-Christ, because you deny people both the Father and Son (1 John 2:22) to the people that need them the most, and that is the people that you are running over, trying to save what little bit of “religious freedom” you have. 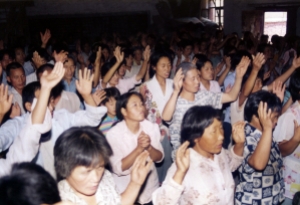 Conservative Christianity: You need to repent, turn from your sin, and start walking as Christ has commanded you, not how Mike Huckebee, Glenn Beck, or Sean Hannity tell you to.

After all, it is better to obey God rather than man.

Eric Johnson
Eric Johnson wears many hats! Husband, father, organic church planter, pastor, preacher, conference speaker, worship leader, songwriter, cancer survivor, and a semi-retired professional stand-up comedian, Eric has been really blessed over the years to have the following artists close the show for him: Hawk Nelson, 7eventh Time Down, The Josh Gilbert Band, and Shinebright. Eric makes his home in majestic mountains of Bristol, Tennessee, with his amazing wife, Crystal and their son, Kyle. Follow him at @EricIsGuitarted.