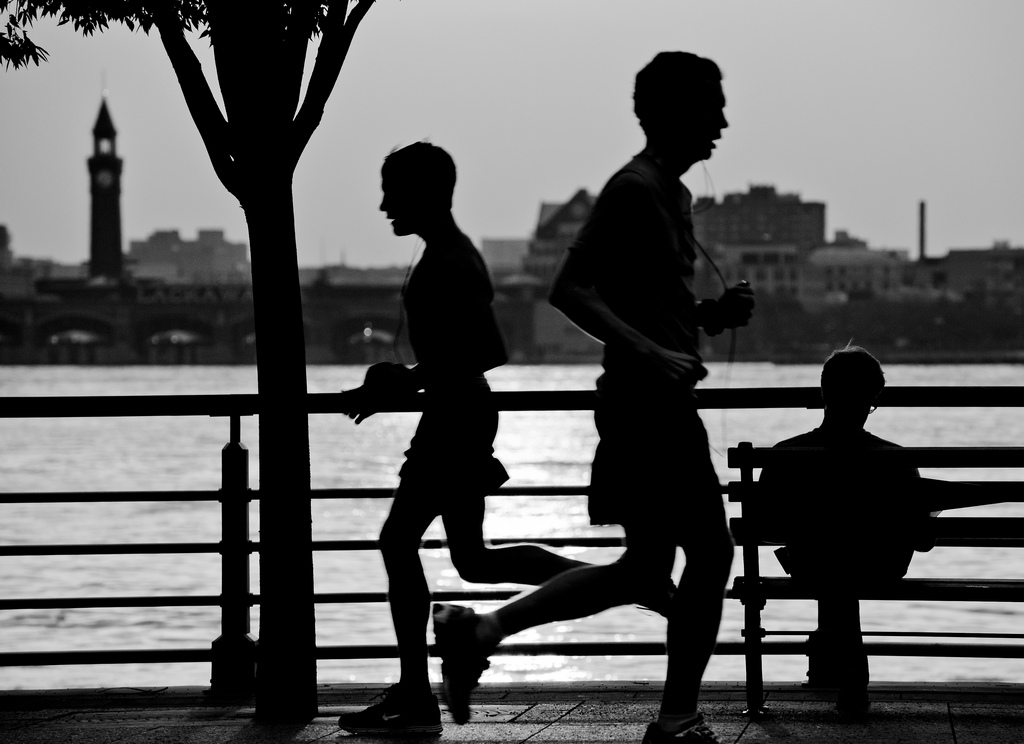 Conviction and conversation are not mutually exclusive. In fact, the passion we possess for our beliefs should encourage more lucid discussions. That leads to the great need of our time for sustained amicable dialogue and, as with most situations, there are two sides to that conversational coin.

A Word to the Open-minded…

Christianity certainly needs to do a better job of addressing great questions. Perhaps you have questioned the goodness of God, the hypocrisy of the church, the authority of the Bible, the practices and principles of Christians, and the relevance of faith to life. If so, we have a lot in common. Be assured that your questions are legitimate, shared by others, and important in this healthy conversation. Admittedly, my perspective is biased, but so is every perspective; therefore, introspection and thoughtful engagement are essential.

A Word to Well-Meaning Christians…

There is no shortage of explanations as to why people ages 18-30 are leaving churches and Orthodox Christianity in America. The finger-pointing goes back and forth from liberals and conservatives, elder Christians and younger Christians, traditional and contemporary approaches, and countless other factors. However, genuine interaction is needed more than finger pointing. As Tim Keller says, “settled and assured belief—to any of the big questions of life—is a process.” That leads to five great questions.

1. Would a good God have allowed this to happen to me?

After reading this initial question, memories of your past experiences probably surfaced like painful snapshots. I’d like to say that I could offer an easy answer, but instead I’m compelled to point you toward a difficult journey. Clichés simply won’t do as we wrestle with suffering, loss, and evil in this world. Neither will suppression.

The answer to this question is difficult because it involves understanding an eternal perspective from a temporal one. A good, eternal, and loving God certainly would allow difficult (heart-wrenching) circumstances in your life for reasons that surpass the scope of any perspective man could offer. Furthermore, in Scripture we see much more than an “answer.” Did Job, Jeremiah, or Jesus receive an “answer” to their pleas of pain? No. Instead, we find faithful pilgrims of painful journeys that wrestle with God through prayer, doubt, anger, confusion, hope, and faith.

So let your tears fall, ask your questions, raise your doubts, and know that God offers more than an answer. He offers his presence, his word, and fellow sojourners who will weep along with you.

2. Why should I trust a religion that is so full of hypocrisy?

You shouldn’t. I concede that Christianity is full of hypocrites and I am a hypocrite myself. So are you. I can’t name a single person who never “acts in contradiction to stated beliefs or convictions” (Webster’s dictionary). However, you should trust Christ who redeems all hypocrites. Hypocrisy, after all, is not an exclusive weakness of Christianity, it is the mark of all humanity. The church then is a local gathering of people redeemed by God’s grace, prone to wander, and in the process of becoming less hypocritical over time as they grow.

3. How can a book such as the Bible be considered authoritative?

Being open-minded to the supernatural is a prerequisite to holding the Bible as authoritative. I unashamedly believe in the supernatural revelation of God through His word. What other book has such a unified and unique message despite the diversity of authors, languages, context, setting, and time? What other book has persevered through the onslaught of rulers, philosophies, and cultures?

It seems to me that the only two options in accepting the clear record of the Bible historically, archeologically, and spiritually is to either believe in its divine origin or to believe in a unprecedented conspiracy theory of biblical proportions. Is it more likely that there is a God and that he in fact did speak or that misguided religious proponents conspired to perpetuate a belief system over a span of 1500 years, in various continents and languages, through authors of extremely diverse walks of life, and all under the constant threat of oppression and persecution? A naturalistic view of the Bible paints the biblical authors as “Jews in dirty sheepskins, rotten-toothed desert tribesmen with eyes rolled heavenward, men like flies on flypaper caught fast in a historic time, among the myths and conceptions belonging to the childhood of mankind” (John Updike). It seems more likely to me that men as described by Updike are much more likely to be conduits of God’s revelation rather than the initial think tank of a millennia-spanning religious conspiracy.

As Wayne Grudem states, “The assurance of the canon of Scripture and our obedience are directly proportional because we cannot obey what we are uncertain of.” I can only encourage you to investigate the claims of the Bible and to be open-minded as you do. This question informs and influences all the other questions.

4. I believe in God—why should I attend church or adopt certain moral stances?

There is more than one kind of belief. There is intellectual assent to a higher power and there is life transforming submission to God through the finished work of Jesus Christ. The first kind of belief makes no impact on the life of the “believer” and so desires, ambitions, values, and habits are absolutely unchanged from day-to-day and from before intellectual assent to after. The second kind of belief radically changes the believer from the moment of conversion, from day-to-day, and in every area of their lives.

So attending church and adopting certain moral stances isn’t really something you should do to merit your belief in God. Actually, desiring to worship God, cultivating community with the people of God, being consistently exposed to the proclamation of God’s word, and being conformed to values of the kingdom rather than this world are all indications of true belief in the first place. In other words, the person who claims to be a Christian and has no desire to worship God, grow together with other believers, and conform to the ways of God should examine themselves. James states this in the most direct and convicting manner, “You believe that God is one; you do well. Even the demons believe—and shudder” (Jas. 2:19)!

5. What makes Christianity unique and relevant to my life?

Eternity matters immensely. If you’re standing on the precipice of unbelief, then you cannot ignore eternity. As you ponder this, you will naturally consider various philosophies, worldviews, and religions; however, Christianity is unique. Only Christianity offers eternal life to unworthy sinners by sheer grace.

Grace is radically scandalous because we are culturally conditioned for performance. We earn grades, degrees, promotions, trust, reputations, wages, and even acceptance. Is it any wonder we bring this notion into our concept of religion? The precious cornerstone of the faith, which is also a stone of stumbling and offense, is Jesus Christ crucified for sinners who come to him by faith and not by works.

After ten years of teaching, preaching, learning, and conversing, I’m certain that millennials are seeking opportunities for posing and interacting with such questions. In fact, the desire to discuss is not limited to millennials. The questions offered here are the ones I’ve most frequently encountered, and the brief comments that follow are simply conversational sparks. So, whether you are open-minded towards Christianity or a believer considering how to share your faith, find opportunities to let the sparks fly and kindle meaningful, thoughtful, and grace-filled conversations.