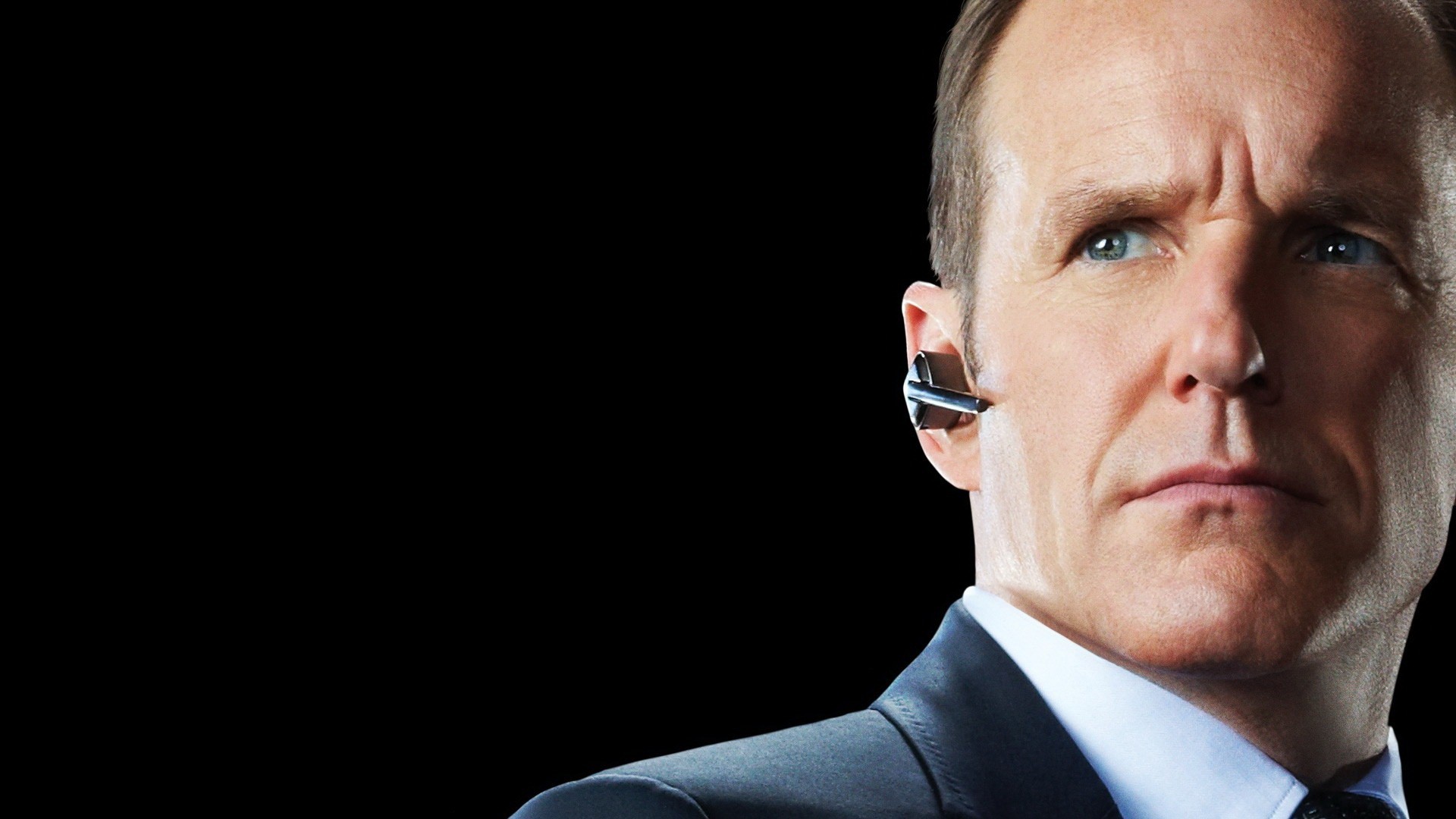 Q: Why did you start a Twitter account?
A: I actually resisted getting into Twitter for a while. My wife was on Twitter for quite a while and would show me funny tweets. It was when I saw an article about how a liberal hashtag thread was hilariously hijacked by conservatives did I decide to make an account to join the conversation. I told my wife I had become a “twit”—I started with a RL account and went anon a few months ago. I felt that being Anon would allow me to express my identity as a Christian without the cultural pressure that comes from saying unpopular things.

Q: What has been your strangest Twitter interaction so far?

A: As Calvinist Coulson? I think it would be when I engaged @Theonomos & company—they promote a very strange, cultish form of legalism. They claimed that Jesus didn’t die for anyone’s sins because it would be unjust for an innocent person to die for a guilty person and that they were prepared to pay for their own sins but would somehow still go to heaven. They had a very strange notion of sin and refused to deal with the relevant biblical texts. They acknowledged Jesus’ death but were vague as to what benefit that was to them.

Theonomos and his followers were also incredibly nasty and vulgar and reacted violently when I proclaimed the gospel to them. I wound up getting blocked by Theonomos but still sub tweeted, which his followers retweeted (also peeked at him with my RL account)…and then they blocked me. It was very strange which is why I remember it so clearly.

Q: Who is your favorite theologian, past and present?
A: Past: Herman Bavinck; Present: James White.

Q: Is it easier to be who you really are as an Anon? Why did you choose this character?
A: For the most part, yes. My wife ribbed me for a while on my choice of character until she read up on him and said, “Yeah…that’s you. That’s totally you!” He’s a person who’s committed. He’s committed to the mission and to his team. He’s also somewhat awkward—he tries to be smooth and dramatic and when he succeeds, he’s so proud of himself that he ruins it by explaining how he was smooth and dramatic. That’s me.

Remember that scene from Lord of the Rings: The Two Towers, where Gandalf returns but now he’s in a white robe? One of the characters said that they thought he was Saruman and Gandalf responds by saying that he is Saruman but Saruman as he should be. I am Coulson but Coulson as he should be: a man who bows the knee to King Jesus and strives to do all for His glory.

Q: Would Agent Coulson believe in reincarnation or resurrection?
A: Coulson was brought back to life, so he definitely believes in resurrection. And it’s changed him. There’s a scene in the episode Bzzt where someone remarks that “that’s not the Coulson I used to know” and Coulson responds, “No, it isn’t. Get used to it.” His return to life dramatically changed him. When Christ gave me new life, it changed me. I’m not the man I was pre-2002.

Q: What does the “Xp” in your twitter handle mean?
A: It’s actually the Greek letters X (chee) and P (Rho)—you’ve probably seen ☧before. In Greek, Christ’s name is spelled Χριστός and the first two letters were often used as an abbreviation for Christ. Twitter handle character limits didn’t allow for CalvinistCoulson or ChristianCoulson so I chose the abbreviation of XpCoulson—I tweet under the banner of Jesus.

Q: How is life without superpowers?
A: It’s alright. I may not be able to fly or turn into a giant green angry monster but God has blessed me with gifts and talents to use for Him and my lack of strength only leads me to lean on Jesus all the more. I’ve seen giants though, close up. The good ones, the real deal, they’re not heroes because of what they have that we don’t. It’s what they do with it.

Q: How do the Arminians on Twitter treat you?
A: HA! They treat me alright, the Anon ones anyways. Being Anon allows for a lot more playful banter with the Arminian Anons. I’m not sure why.

The “real” Arminian accounts, on the other hand, especially those of hardcore Arminian pastors—let’s just say I’ve been blocked a few times.

Q: What book are you reading?
A: I’m reading a few books, actually. My oldest son and I are reading through Tom Sawyer together for bed time. In the past we’ve read The Hobbit, The Chronicles of Narnia, Pilgrim’s Progress, and The Little House series. I am also reading The Children’s Storybook Bible at the dinner table. I, myself, am reading From Heaven He Came and Sought Her and Sherlock Holmes.

Q: How did you join Theology Mix?
A: I had been a blogger years ago but that slowly dropped off as more life got in the way. I actually took my RL blog down a few weeks before I went Anon on twitter. When I started @XpCoulson on Twitter I started searching for Calvinist super heroes. I was familiar with @CalvinistBatman, @SuperTheologian, and @CalvinistPicard, but I didn’t know who else was out there. I quickly found others and noticed that a lot of them were bloggers who were writing at @TheologyMix. I was really impressed with what I read and after a few weeks I approached @HulkCalvinist and @CalvnWndrWoman on how to apply and submit articles.

It’s nice to be back at it again.

Q: After a stressful day, what’s your favorite way of relaxing?
A: It depends on the day. Sometimes I need to just do something mindless so I’ll go kill virtual bad guys for a while. Other times, all it takes is a cold beer and a cigar/pipe in the back yard. Usually though, my after work ritual is just my kids sitting on my lap playing or watching TV.

Q: What is something that people would be surprised to know about you?
A: I’m never good at this kind of question this since I don’t know what people would find surprising about me. I’m a pretty ordinary guy, really. I guess pastors have always been surprised to know that I was reading, Calvin, Bavink, and Boice in high school. I found reformed theology shortly after God saved me in high school and I dug in. I’ve been told that is a rare thing for a 17-year-old man.

Q: Why is it important to study theology?
A: You can’t be a Christian and not have a theology. Even those who say that they just want praise and worship have a theology. That kind of theology is actually idolatry because it’s not seeking to know and worship God as he has revealed himself.

My pastor puts it this way: life flows from doctrine. Theology always works itself out in our daily lives. For example, if I believe that God watches over me and upholds all creation with his hand, then I can be patient in adversity, thankful in prosperity, and have a confidence in the future because I have a faithful God and Father and nothing can separate me from his love (Heldelberg Catechism, Lords Day 10).

Q: What can we expect from Calvinist Coulson in the next six months?
A: I’ve done two articles on spiritual disciplines (reading Scripture and writing Scripture) and I’m hoping to round that out with other major aspects of the Christian life. I hope to do one on prayer. I also did a piece of the first question of the Heidelberg catechism—I’m toying around with going through all 52 Lord’s Days (129 questions). I’m also open to addressing reader questions as they come.

So, God willing, you’ll be getting more articles from me in the future.

Q. Anything else you’d like to do?
Something I’d love to do is podcasting, but I wouldn’t want to do it by myself.