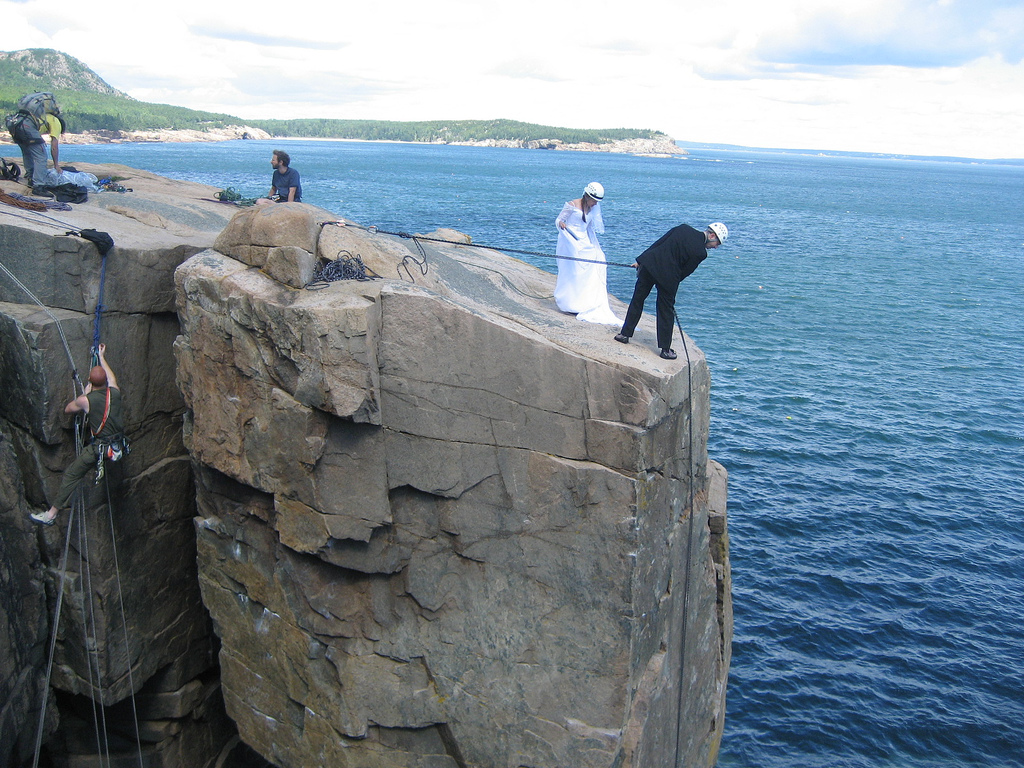 I had the honor of having lunch today with the dumbest single man I’ve ever known. Despite the fact that he is only months away from getting married, he emitted the stench of stupidity as we ate our lunches. Oh, how I wish I had reeked of that fragrant stench when I was 23! It was refreshing because it flowed from the “flower” of his humility.

This young man and I are coworkers who also enjoy the bonds of friendship. We’ve been to lunch before, but it had been a while so we scheduled another meeting. We usually talk about work, enjoy small chit-chat, and occasionally get into some deep theological discussions like baptism and church government. Today, though, was different. As he lowered himself, by his own desire, into the role of a student, he began to ask me questions about what I thought about his plans for marriage, career, and children, and about the pitfalls in marriage.

At first, I didn’t realize what was happening. He simply asked a question, and then sat back and listened. One after another, he asked and I spoke. It was near to the end of our hour-long conversation when I realized what he was doing. He knows he knows nothing about being married. Sure…he has read books about marriage. He knows about covenant. He has wrestled with the questions of marriage, children, and commitment, but he has never been there. He knows nothing about what it is actually like to be married. A fearless mountaineer can read book after book about climbing Everest, but he knows nothing of the dangers of the cold dark mountain until he sets foot on it. A wise climber, instead, questions those who have stepped on the mountain to get their advice about what it’s like. That’s what this young man did.

I am 38 now and as I reflect back to when I was 23, I was also months away from getting married—for what would end up being the first of two marriages. Reflecting on that time in my life, as I inched day-by-day toward my wedding day, I was confident I was doing the right things prescribed to me. It was suggested that my fiance and I complete a “marriage course,” and we did. As part of the course, we were required to meet with a Christian couple to discuss any concerns. The meeting lasted about 10 minutes and was very unfruitful. Most likely because we thought we had it figured out. I reeked of stupidity from the “flower” of pride.

During that time in my life, I also sat at lunch and dinner tables discussing marriage, but with idiots like myself who had never made the commitment marriage requires. Not once did I seek out someone who was married to hear them talk about what’s it like. I never asked someone to quit worrying about being offensive or shocking and just speak honestly about marriage, sex, and children. I never had someone to tell me, “Some days, you won’t like your wife.” No one told me, “You might end up at a point in your marriage where you will schedule love-making because you both are just so tired and busy. Don’t let that bother you.” No one said, “If you are not careful, you will unknowingly make your children the center point of your marriage; a dangerous position for them to be in for the health of your marriage.” With hindsight, my ex-wife and I needed that open and honest advice. We might have survived with it.

Are you planning on getting married?
Allow me to offend you. Trust me…you need it. When it comes to marriage, you are an idiot. When it comes to lifelong self-sacrificing commitment that is covenant, you know nothing. Therefore, I urge you to reek of stupidity from the “flower” of humility. Allow that stupidity to propel you forward towards wisdom not your own. You might have read a great book like The Meaning of Marriage by Tim Keller, but you really don’t know the meaning of marriage until you’re actually married. I want to encourage you to find someone to talk to, and not just anyone. Don’t waste your time sharing your idiot never-been-married thoughts with another idiot who has never been married. I find that to be one of the biggest mistakes. Why listen to those who know nothing like you or those who have barely been married themselves?!

You know whom you should talk to, right? You don’t? Next time you are in church, look over at the “old folks” section…you know what I’m talking about. See that couple that’s been married longer than you’ve been alive? Schedule dinner with them. Dinner might be at 4:00 p.m. so they can catch Wheel-of-Fortune before bedtime at 7:00 p.m., but trust me…it will be worth it to hear what they have to say. Have your questions ready before you go, ask respectfully for their opinions, and then…keep your mouth shut and your ears open.

Are you already married, but less than 10 years?
See the end of the last section, dummy. However, don’t be afraid to talk to those who have never made the commitment. Just try to reek of humility more than they do. You and I still practically know nothing.

Been married since before Clinton was in office?
Oh, how idiots like me need you! We need you to take time with us and tell us what you have been through. We need to hear your struggles. We need to hear about your temptations, your failures, your victories, your late night prayers. You will never replace our desperate need for Scripture, but it is wise to listen to those with wisdom.

Don’t Listen to Me. Listen to the Word.
If you read my first post on Theology Mix, you know I put very little trust in myself. I’m an idiot. I know nothing. All of my thoughts are lead astray by sin, but thanks be to God alone for his Word. It changes us and lets us know what we should think. So please…dismiss me and everything I’ve written as rubbish, but never dismiss what you read below—God’s Holy Word. Compare what I wrote to it and make plans based on it.

The way of a fool is right in his own eyes, but a wise man listens to advice.
-Proverbs 12:15 ESV

Where there is no guidance, a people falls, but in an abundance of counselors there is safety. -Proverbs 11:14 ESV

By insolence comes nothing but strife, but with those who take advice is wisdom.
-Proverbs 13:10 ESV

…for by wise guidance you can wage your war, and in abundance of counselors there is victory. Wisdom is too high for a fool; in the gate he does not open his mouth.
-Proverbs 24:6-7 ESV