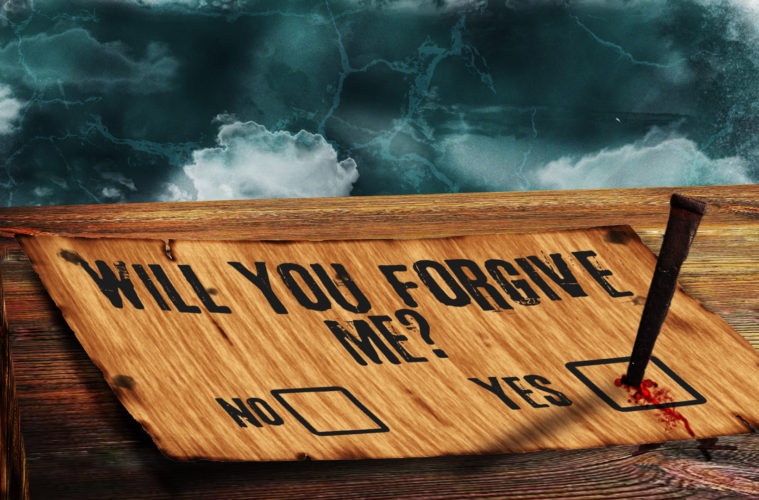 Martin Wiles’ Lessons for Youth and Children: The Man Who Wouldn’t Forgive

Objectives: To remind children that God is a forgiving God. No matter how many times we do things that displease or disappoint him, he is always willing to forgive when we say we’re sorry.

Jesus was a great preacher and teacher, but the primary way he did both was by telling stories that made people sit still and listen. Some of his stories made people mad because they knew he was talking about the bad ways they were behaving.

Let’s say our memory verse together. Be kind to each other, tenderhearted, forgiving one another, just as God through Christ has forgiven you. (Ephesians 4:32 NLT)

God wants us to love and get along with everyone, but we know that doesn’t always happen. Have you ever got mad at your parents, grandparents, or a friend? Perhaps you did something they told you not to and they disciplined you. Maybe you had to stay in your room or could not play one of your video games for a while. Perhaps they took your computer or cell phone away. You may have even thought your parents were mad at you for what you had done.

Parents have to forgive children who break the rules, and God forgives us when we break his rules. But we must ask. One day you may have a job where other people have to do what you tell them. When they make mistakes, you’ll need to forgive them too. Forgiving others makes us like God.

Jesus once told a story about an unforgiving debtor (someone who owes something to another person).

One day Peter, one of Jesus’ disciples, asked Jesus how many times he should forgive someone who sinned against him. “How about seven times,” he asked Jesus. Peter probably thought forgiving seven times was generous. After all, if someone kept doing the same thing over and over to hurt you, forgiving them seven times would seem like enough.

Suppose your friend told you a lie, then said he was sorry and asked you to forgive him. So you did. Then he did it a second time and asked you to forgive him. Then three times, four times, five times, six times, seven times. You would probably be tired of forgiving him after seven times. In fact, you might be tempted to say, “No, I’m not forgiving you anymore. If you were really sorry, you wouldn’t keep lying to me.”

Reflection: What’s one thing your parents have told you not to do that you’ve done more than one time? Did they stop loving you or keep forgiving you? Have you ever been tempted to not forgive someone because they have kept doing the same thing over and over to hurt you?

Jesus told Peter he was to forgive such a person seventy times seven. Jesus wasn’t telling Peter to forgive that person 490 times. He was using the phrase figuratively to remind Peter that we should never put a limit on how many times we forgive others because God doesn’t limit how many times he forgives us.

Jesus then told a story to remind Peter and the others who were listening how important it was for us to keep forgiving others. A king had a number of people who owed him money. He decided it was time to check his books and make them pay. One of the people brought before him owed him millions of dollars. When the king told him he wanted what he owed, he told the king he couldn’t pay. He simply didn’t have that much money. The king ordered that everything he had be sold to pay the debt. When the man heard this, he fell down before the king and begged for mercy. The king felt sorry for the man and forgave his debt.

Reflection: How do you think this man felt when the king forgave him? How should we feel when God forgives us?

When the forgiven man left the king, he found a person who owed him far less than he owed the king. Only a few thousand dollars. He demanded payment. This man did the same thing the other man had done with the king. He fell down and asked for mercy. Instead of forgiving him—as the king had done him—he demanded payment. When the man couldn’t pay, he threw him in jail until the debt was paid.

Reflection: Why do you think the forgiven man was not willing to forgive someone else? Do we repeat his bad example by not forgiving others even after God forgives us?

Some of the king’s servants saw what this man had done. They went to the king and told him. The king was mad and called the man back in. “How could you not forgive someone else when I forgave you so much,” he asked the man. Then the king changed his mind. Even though he had forgiven his debt, now he had the man thrown into prison until he paid every penny he originally owed him.

Reflection: Why do you think the king changed his mind about forgiving the debt the man owed him?

Place a small amount of dishwashing liquid in each bowl. The dishwashing liquid represents unforgiveness. Blow quickly through a straw in bowl one but slowly in bowl 2. What does this teach you about forgiveness? When we forgive continually as God does, we make few bubbles.