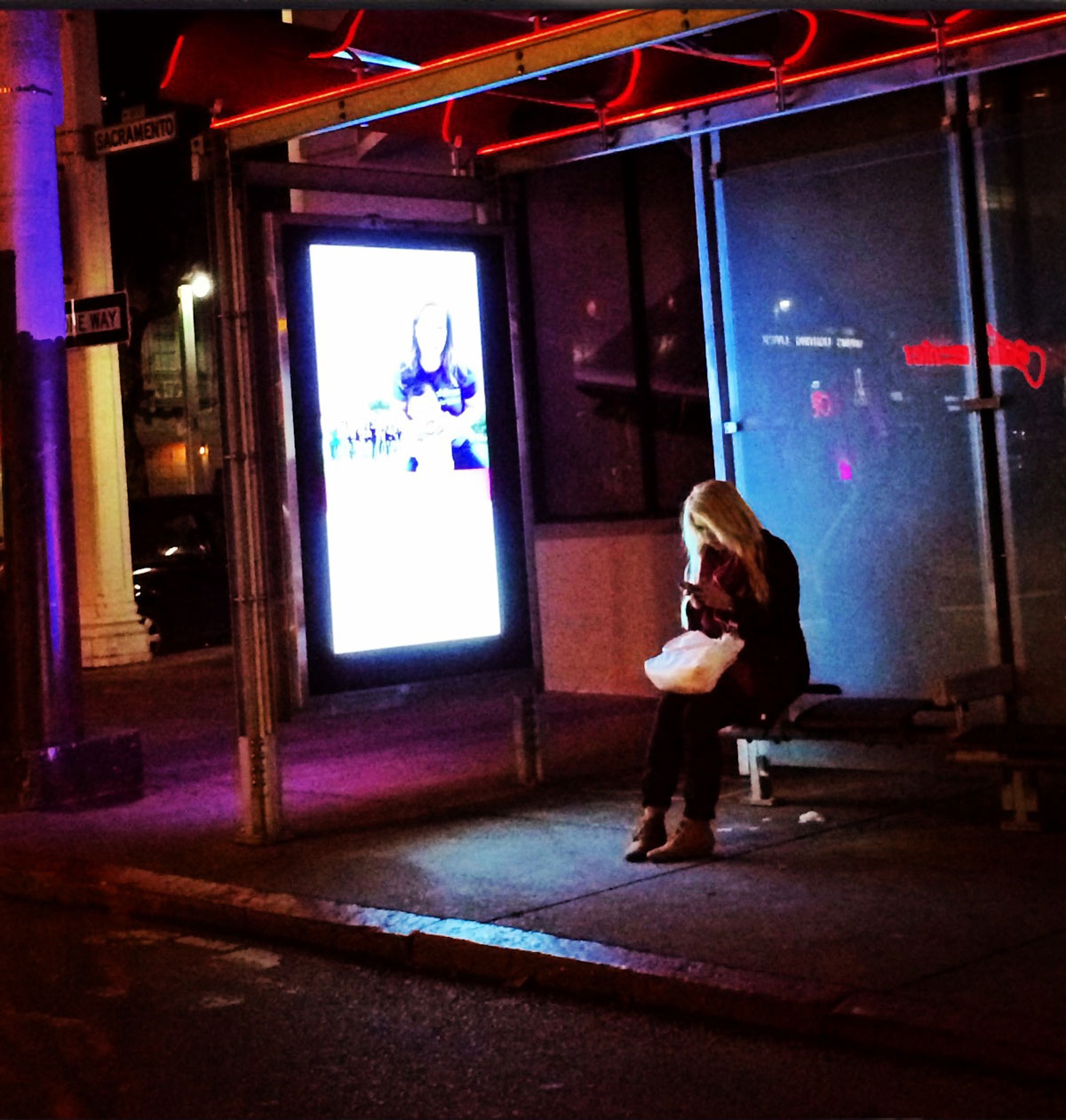 You’re Stranded at a Lonely Diner, Alongside the Road…

And he said to them, “Which of you who has a friend will go to him at midnight and say to him, ‘Friend, lend me three loaves, for a friend of mine has arrived on a journey, and I have nothing to set before him’; and he will answer from within, ‘Do not bother me; the door is now shut, and my children are with me in bed. I cannot get up and give you anything’? I tell you, though he will not get up and give him anything because he is his friend, yet because of his impudence he will rise and give him whatever he needs. And I tell you, ask, and it will be given to you; seek, and you will find; knock, and it will be opened to you. For everyone who asks receives, and the one who seeks finds, and to the one who knocks it will be opened. What father among you, if his son asks for a fish, will instead of a fish give him a serpent; or if he asks for an egg, will give him a scorpion? If you then, who are evil, know how to give good gifts to your children, how much more will the heavenly Father give the Holy Spirit to those who ask him!”

Luke 18:1-8: The Parable of the Persistent Widow

And he told them a parable to the effect that they ought always to pray and not lose heart. He said, “In a certain city there was a judge who neither feared God nor respected man. And there was a widow in that city who kept coming to him and saying, ‘Give me justice against my adversary.’ For a while he refused, but afterward he said to himself, ‘Though I neither fear God nor respect man, yet because this widow keeps bothering me, I will give her justice, so that she will not beat me down by her continual coming.’” And the Lord said, “Hear what the unrighteous judge says. And will not God give justice to his elect, who cry to him day and night? Will he delay long over them? I tell you, he will give justice to them speedily. Nevertheless, when the Son of Man comes, will he find faith on earth?”

Think about this: You’re stranded at a lonely diner, alongside the road, not far from the town where you live. It’s Saturday morning at 3:00 a.m. You know you have to call someone to pick you up, but you can’t think of just the right person. Your mind runs quickly through your database searching for a friend close enough to be awakened in the middle of the night and not be really annoyed.

Question: Do you have such a friend?

The two parables of Jesus in Luke 11 and 18 teach us some things about God that we need to know:

1) God is our friend in the middle of the night. He’s the only one in the universe who’s on duty 24/7, and who is tuned into your voice. It’s he who listens with the care of your closest friend.

2) Jesus teaches us to ask things of God with our whole heart, concern, and energy. We are to ask boldly, to keep on asking, and to never give up.

3) Prayer is the serious vocation of the Christian, and when we find it hard to pray God helps us by putting us in situations where there is no way out except God’s faithfulness and deliverance.

5) God answers pray according to purpose—his! And when we find our will more and more in line with his purpose and will, we’ll discover that more of our prayers are being answered.

So where’s the good news and what are we to do?

First, start asking God for the things you want and need. He’s listening—any hour of the day or night.

And then find your purpose and fulfillment in life by doing the will of God as he reveals it to you. He doesn’t guarantee everything you want, but he can guarantee that in the discipline of daily prayer, you’ll learn submission, faith, and in the end God’s great, out of proportion generosity.