Forgiveness is a tough topic. It’s hard because as humans we struggle to let go of wrongdoings, especially painful offenses others have intentionally perpetrated against us. It hurts and it’s difficult to get over. We want to retaliate—to lash out and get even.

In the model prayer, Jesus taught his disciples to say, “and forgive us our debts, as we also have forgiven our debtors” (Matt. 6:12, ESV). Continuing in verses 14-15, he said, “For if you forgive others their trespasses, your heavenly Father will also forgive you, but if you do not forgive others their trespasses, neither will your Father forgive your trespasses.” This means our personal forgiveness by God is contingent on our forgiving others. We reap what we sow.

Peter asked Jesus how often we should forgive those who sin against us. He replied, “I do not say to you seven times, but seventy times seven” (Matt. 18:22, ESV). In other words, we must show mercy towards others, just like God in Christ has forgiven us and continues to do so (1 John 1:7).

What makes forgiveness so difficult for us? The answer is quite simple: we want to hold on, hold over, and hold out rather than releasing people from their “debt.” Since we feel we hold the higher moral ground, we resist relinquishing our upper hand. It’s a control thing and a pride thing. Furthermore, we may fear that if we forgive, we will open ourselves up to more ill-treatment. But, ironically, by holding on tightly to the resentment and hurt, we’re only inflicting much deeper emotional and spiritual wounds on ourselves.

Now I’m not suggesting that we should “let people off the hook” in the sense of ignoring, endorsing or facilitating irresponsibility. What I am saying, however, is that we no longer allow what they’ve done against us to hold us hostage to deep resentment and bitterness. We only hurt ourselves when we do that.

By forgiving others, we choose to no longer permit their sin or transgression to negatively impact our own thoughts and behaviors. So rather than reacting negatively, we positively respond in a healthy and godly way.

When the Bible says God forgives our iniquities and remembers our sin no more (Jer. 31:34), I don’t believe it means he gives himself a frontal lobotomy and literally forgets what we’ve done. Rather it implies God no longer holds our sin against us. The transgression is erased. We are given a clean slate.

God doesn’t store up bitter resentment and wrath to unleash at some later date. Instead, he restores us to a loving, trusting, and intimate relationship with him. This is what grace and reconciliation is all about; it has to do with spiritual peace reestablished by virtue of the life-giving blood shed by Christ on the cross (Rom. 5:10-11; Col. 1:20; 2 Cor. 5:17-21).

Forgiveness is not implying, “What you’ve done to hurt me is okay. From this day forward I give you carte blanche permission to use and abuse me whenever you like.” Forgiveness doesn’t mean there are no relational consequences. After all, some people are not seeking our pardon and will do it again given the opportunity.

Instead, forgiveness is saying to God, “I’m a sinner in need of your grace and mercy each and every day. Lord, please help me to get over this so I won’t be hindered in my emotional and spiritual life. I don’t want this to eat me up on the inside and turn me into a bitter, hateful person.”

On the cross, Jesus said, “Father, forgive them, for they know not what they do” (Luke 23:34, ESV). Now if that isn’t a sign of mature, sacrificial love, I don’t know what is! Those crucifying Jesus were not in the least remorseful at the time, but Christ saw the bigger picture of what was at stake—the salvation of the world.

In my experience, forgiveness is a slow process by which we first make a decision to let go of the hurt and resentment, giving it over to God—asking him to take care of it for us. Our feelings and emotions tend to lag behind our cognitions. It takes patience to work through uncomfortable feelings until we come to peace with things.

In abusive situations, healthy boundaries need to be established to protect ourselves from further harm and to hold the perpetrator accountable for their actions, while not losing our sanity or dignity in the process.

Ultimately, forgiveness is a gift we give to ourselves! 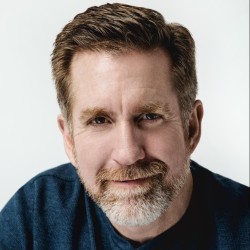 Dr. Ryan Fraser
Ryan Noel Fraser was raised in Cape Town, South Africa. An Assistant Professor of Counseling at Freed-Hardeman University, he serves as an elder and the preacher for the Bethel Springs Church of Christ in Bethel Springs, TN. Ryan is also a nonfiction, Christian author represented by Hartline Literary Agency, religion columnist for the Jackson Sun (in West Tennessee), and certified as a pastoral counselor. But most importantly, he is a husband and dad to two wonderful teenage kids. Ryan holds a B.A. in Bible and Masters in Ministry from Freed-Hardeman University, a M.Div. from Abilene Christian University, and a Ph.D. in Pastoral Theology and Pastoral Counseling from Brite Divinity School (Texas Christian University). Follow him at @RyanNoelFraser.