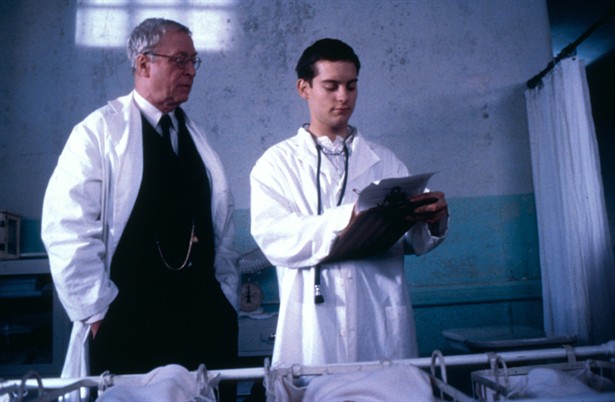 This may be a sensitive topic for some as it has to do with abortion.

This week’s episode ended up being almost two hours long, so we’ve decided to break it into two-parts.

As we look at entertainment and the arts, we continue the series on Ideological Feminism, taking a closer look at Second-wave feminism and the effects it has had and has on our culture even today. Looking into the issues that come out of feminist thinking, we see many struggles and tough things brought into our world that we live in. Again, when you abandon God and morality, you end up with a subjective and existential idea of how to go about life.

In Scintillating Cinema this week, we take a look at the 1999 film, Cider House Rules, Tobey Maguire, Charlize Theron, and Michael Caine. In this movie, one of the key themes is moralizing illegal abortions. This is the logical outcome of feminism. Women’s rush to move back into the public sphere has resulted in children being abandoned in the home. Abortion is the best way to “fix” that “problem.” They don’t want to have to take care of kids so they decide to kill them.

Often times, society tries to tell us this way of thinking is alright because women have rights over their own bodies—the baby inside of them is not a person and, therefore, has no rights. This makes it okay to kill and abort its life. As we talk on this topic over the next couple weeks, we discuss what it should be like and how we’ve come to the place we are as a culture.

Ending Song: Beyond Good and Evil by Audiomachine

Please give rate and review us on iTunes!

And email us with feedback to: aorfeedback@gmail.com