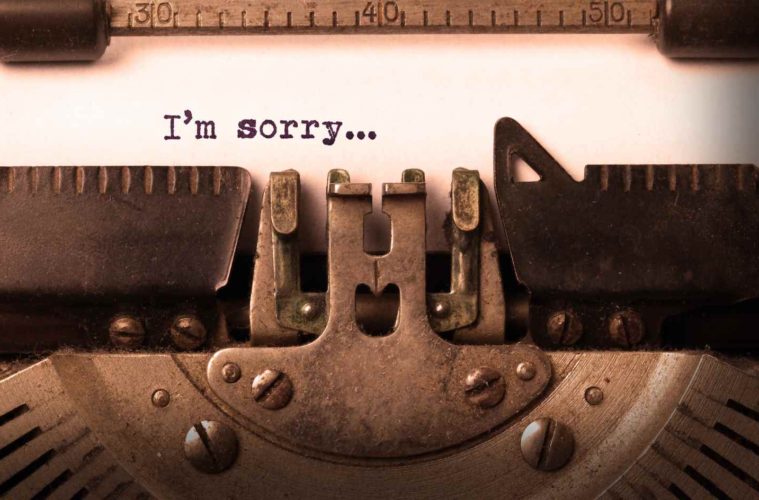 I was at a community event for area churches the other day, and saw a lot of old friends from around town. When you’re a pastor and former church members walk up to you, the joke goes, “Sometimes you’re not sure whether to duck or to pucker up.” By that, I mean:

Do the people approaching you miss you and want to give you a kiss, or do they want to take a swing at you?

You’d probably be surprised at that level of animosity being leveled toward a pastor, but it’s the truth for most of us. People get mad at you for crazy reasons, often because they’re mad at God and they consider you his local customer service representative.

I’ve had folks walk the other direction when they spot me in public. Yes, “about-face,” and march in the opposite direction rather than passing by me.  One guy even called the fire department to shut down our building for a Sunday service.

“What a fellowship, what a joy divine…”

To be frank, there have been things done to my family over the years that I deeply resented. It’s one thing to get over your own pain, it’s quite another when they hurt the ones you love. Those things stay in the pit of your stomach, eating away at your soul…

So I’m walking around this public rally for Christians and a few people are greeting me, even as I try to slip around the outskirts of the crowd.

After everything was over, I was headed back out to my car. Suddenly, I heard, “Pastor Dave!” yelled out from several feet behind me. I turned around to see a lady coming toward me rather quickly. Honestly, I never knew she could move that fast. Now she was barreling toward me as I reluctantly turned around to greet her.

Back story: this lady had once been a huge thorn in my flesh. I knew specifically of numerous things she’d said about me and my wife to large numbers of people. I knew how she’d tried to use her influence to attack me and my family.

If there was one person at that entire rally I absolutely did NOT want to see, it was her. She was the poster child for toxic people. And now, she was hugging my neck.

“Pastor Dave, we’re having a (insert ministry function) and we want you to come. Won’t you join us?”

Up to this point, I’d been polite. I’d hugged the neck of someone I deeply resented, and smiled. Hey, I do community theater—I guess it’s finally come in handy in the real world! But now I was at a loss because the last place I ever wanted to be was at another social function with this lady. And I really didn’t like the game of polite pretend we were playing. It wasn’t “being Christlike,” it was bold-faced lying.

“Umm…sorry, I don’t think so.” And then I smiled awkwardly, and turned and walked away.

I know that wasn’t the beautiful reunion story you wanted to hear. There were supposed to be tears, deep confessions of our souls, and words of healing and forgiveness. But we had none of that, and I think I know the reason why.

I’ve struggled with the issue of forgiveness and what is often my lack of affection for the person I thought I’d forgiven.

I knew I no longer wished for God to “pay them back” in any way for what they’d done to me, and prayed sincerely for God to bless their lives. The problem was I also had no desire to be around them anymore.

And that made me feel guilty.

Shouldn’t I want the relationship to be fully restored? Without that restoration, could there truly be any forgiveness? And without forgiveness, could I ever be right with God myself?

I’ve had some friends tell me that until I “restore fellowship” with those people, I haven’t really forgiven. I should be the “bigger person,” they say, and just pretend nothing ever happened and let those people back into my life, right?

Except for the fact that when I’ve counseled women whose husbands were abusers, I’d hear their stories of how the husbands would emotionally bribe them. Their abusers said if they weren’t allowed back into the lives, they were bad Christians and hadn’t truly forgiven them. Who were they to judge?

The church is also seen as unChristlike if we don’t look like we’re forgiving those who sin against us. But should the church have to prove its forgiveness to the embezzler by putting him in charge of the church treasury? Do we forgive the child molester, and prove it by allowing them to work in children’s church next Sunday? Of course not! That’s not forgiveness, that’s stupidity.

While those who’ve sinned against us should expect our forgiveness, they often neglect to say the magic words without which no wounded relationship ever has a chance of being mended.

The magic words are simple: “I was wrong—I’m sorry.” And unless the guilty party says them and means them, there can be no restoration of relationship, even when forgiveness has been granted.

I know people whose family members have said and done horrible things to them, and then just gone on like nothing happened. They never admitted guilt, never apologized, and then wondered why their son or daughter is still so distant.

Their arrogance is so great, they think they can wound a loved one and just keep moving on…sort of like a spiritual hit-and-run driver.

The reason those five simple words hold the power to heal a relationship is because they are saying:

“I know I hurt you. It was wrong, and I don’t think you should be okay with it. I’m determined never to do it again, and will do whatever I can to make it right.”

But actually saying “I’m sorry” seems to be a lost art these days. Instead, we never swallow our pride and admit guilt. When our offense is against those whom we love, we convince ourselves time will heal it.

However, time rarely heals anything: it just buries the wound deeper. People we’ve hurt want to know we realize we were wrong before they’ll risk trusting us again. Otherwise, for all they know, we’ll just keep wounding them the same way, over and over.

Without that acknowledgment of wrong by your bully, you may forgive them but there’s little chance the relationship will be restored. At least, not in any honest sense.

That’s why it wasn’t okay for my old nemesis to come up and act like nothing had happened. That just insults our intelligence and belittles the wound she left. Even if she meant it as her closeted gesture to say she held no ill will toward me, I would have had to hold the world’s lowest self-esteem to respond positively.

For all of us in denial about those we’ve wounded, NOTHING you do matters until you find a way, somehow, to say those simple yet magic words where you accept responsibility for what you’ve done. Nothing.

As I thought back on my response, I felt bad about the abruptness of my reply to her that evening. While my answer was understandable under the circumstances, a more gracious response might have brought on an exchange which would eventually lead to some positive steps forward.

So the next day, I sat down and wrote a sincere yet short email:

Thank you so much for your kind invitation last night. It was extremely thoughtful of you, and I apologize for my abrupt response.

I was caught off guard by your request and was honestly trying to sneak out of the prayer meeting quickly. I’m just not there yet emotionally, but it meant a lot to me that you would ask.

All God’s best to you and yours,

When I wrote that message, I was opening a door. I was encouraging her to walk through the door and say the words that will heal. I have no idea if I’ll ever hear those words from my old friend, but my job is to make it as easy as possible if I truly want to please my Father.

If today you are the one who has wounded someone… say the words. Humble yourself. Show you’re truly sorry instead of pretending it never happened.

You’ll find that by simply speaking those five little words, you’ve administered the most magical medicine imaginable for the human soul.