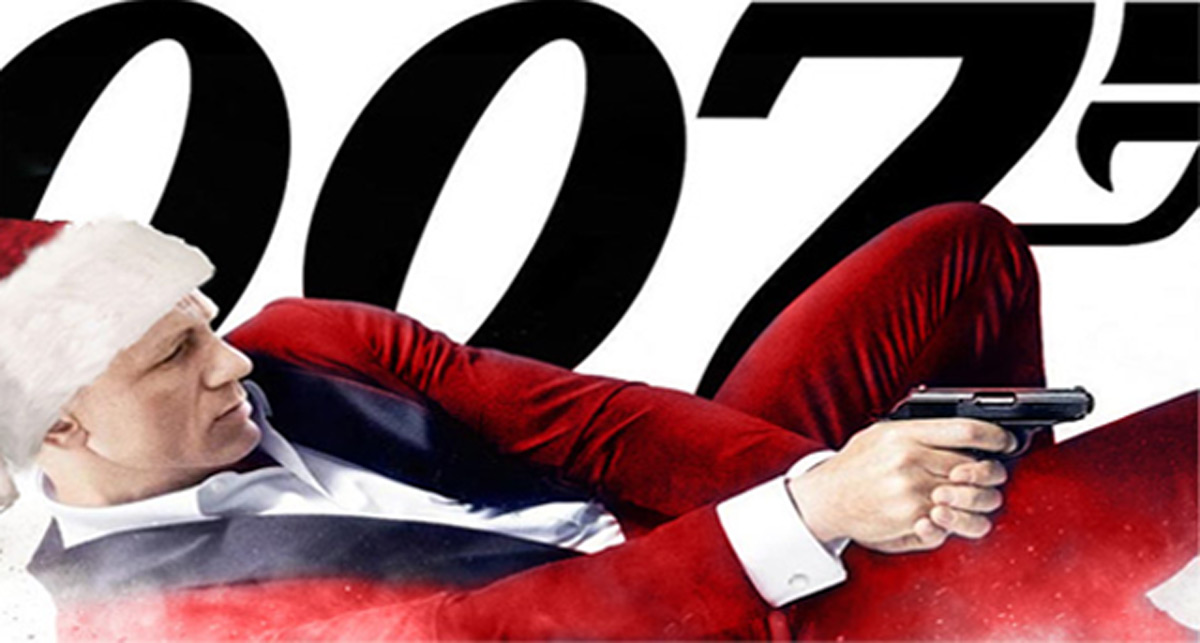 James Bond and the Impossible Christmas

I love watching James Bond movies because he always gets into the type of situations that make you think, “How could he possibly escape this one?” When the bad guys throw James Bond out of the aircraft without a parachute, I’m thinking what most others in the theater are thinking as well: What now? Yet even though we can’t imagine a single way out of his jam, we’re confident that Bond will somehow be okay.
For one thing, it would make a much shorter film if he’s not!

Also, he has on his side a secret weapon that no one else in the story has—an all-powerful scriptwriter. In whatever situation Bond finds himself, his writer can get him in or out of anything, no matter what. The word impossible is just not part of Bond’s world.

For the Christian, it’s much the same. God is the Scriptwriter of all history—from the beginning of the world to the birth of Jesus, to every day our lives. He also happens to be the director, the main actor, and the critic of history’s play. What this means for us is that:

Do you find yourself in an impossible situation this Christmas?

Years ago on one Christmas day, my wife and I spent a few days in the Swiss Alps. The plan was to leave our hotel and walk a very short distance to a gondola station. Once there, we were going to take a ride up the side of the mountain and have lunch at an Italian restaurant at the very top.

Since it was a bright, sunny day we left the hotel in our California clothes: jeans, sweatshirts, jackets, and tennis shoes. The only problem was that we never found the station. We figured that the concierge’s “short distance” was a bit farther than we had thought.

So being a beautiful day, we decided to walk upward along the snowy mountainside pathways and just enjoy the scenery. We took in views of the brilliant mountains and gorgeous chalets. We continued to walk and walk.

We walked for nearly four hours. Okay, I know what you’re thinking. But it all seemed a good idea at the time!

By now, up in the Alps, we really had no idea where we were. Miles away from our hotel, we were truly, completely lost. But it seemed a little adventurous being lost in the Alps, so we weren’t too worried—until about four o’clock when the sun disappeared behind the mountain.

Light one minute, now dusk fast encompassing us. The temperature began to drop dramatically, and it was deathly quiet. We noticed that there were no more people around.

Imagining headlines in the local Swiss papers about a dumb American couple found frozen to death, we began praying for help.

We kept walking in what we thought was a forward direction.

It was getting darker, colder, and more remote. We couldn’t even imagine what our scriptwriter might create for us, and the possibility that there wouldn’t even be a rescue did occur to us.

But here’s what happened.

Just as we were rounding a large snow mass, there appeared before us a sort of plateau about the size of an average dining room. And right in front of us was (unbelievably) a one horse open sleigh looking as though it was waiting for someone! We had never even seen one in real life before, but there it was with the driver just sitting, gazing over the great valley below, and waiting.

There was absolutely no reason for anyone to be at this spot—let alone an unoccupied sleigh and driver. Not a single person was anywhere to be seen, and it was too late in the day and too random a place for the driver to expect customers.

We followed the driver’s gaze and noticed far below in the distance a large resort hotel sitting at the floor of the valley—just like one of those wintry picture postcards with the twinkling village lights. (Yes, we had covered more ground than we even realized). We approached him, pointed to the resort, and asked if he would take us there. He nodded and we hopped in. Then he threw a large, heavy blanket over us, and off we went.

“Who would ever believe this story?” we said to each other. “Is this really happening?”

There we were in a one horse open sleigh, on Christmas day, with bells ringing—laughing all the way.

The Great Scriptwriter works with such creativity, a sense of humor, and a real flair for the dramatic. God was with us that day.

So if you’re at the crossroads of your life or you feel like you took the wrong turn and are now backed into a corner with no way out, remember it’s Christmas. Remember that we celebrate “Immanuel!”-God with us. He came to rescue and comfort us, to bring us that hope. With and through Jesus, there is a higher and better way out of whatever impossible situation you find yourself in.