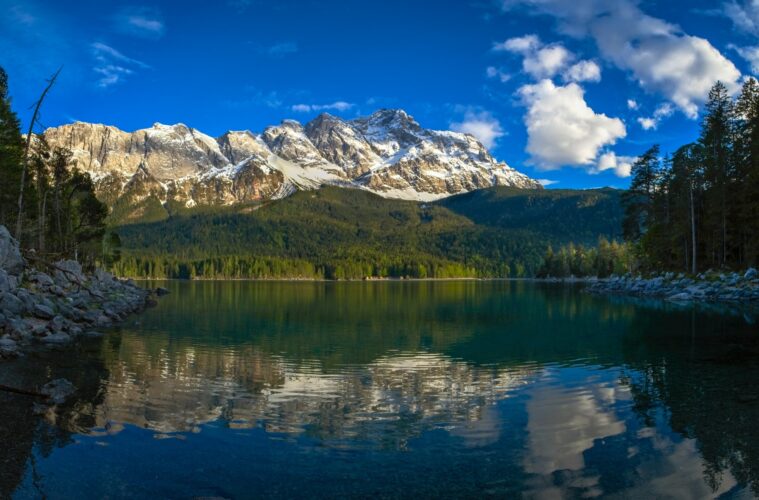 What Do You Want from Me, Lord?

We don’t earn our salvation from God by doing good works, but good works should be our response to God for saving us, for including us in his family.

Any time there’s a war, there are tales of acts of heroism. To me, war is an abhorrent thing that should be avoided if at all possible—not at all costs, but if at all possible—and so I don’t want you to think that I’m glorifying the unthinkable. But I’m a sucker for hero stories, the acts of men and women making the ultimate sacrifice or going the extra mile—jumping on grenades or carrying injured comrades back to safety at extreme personal risk.

A common feature of these stories is that these acts of heroism often have a profound effect on the people whose lives are saved. Whether it’s a bond of friendship that cements two people without limits, or survivors performing acts of service for the family of someone who gave their life for them, there are life-long bonds that are made. There’s no sense of obligation, just a deep sense of owing something or of trying to live up to whatever it was the other person saw in them to justify them considering the life of the person that was saved to be more important than their own.

Can you imagine what it would be like to be in that situation? To know that someone thought your life was worth saving, giving you a second chance. What would your response be?

So what has that got to do with us as Christians? It’s this. Jesus took the bullet for us on the cross. He died so that we might live.

And Christ died in our place so that through him, God can offer us forgiveness. We didn’t deserve it. It wasn’t because of something good that we did or even because he saw some potential in us. God takes the first step: “While we were still sinners…”

Somehow, though, it’s not the same as someone physical that we know dying for us, is it? There isn’t the same immediacy about it, because we haven’t experienced it on the battlefield. Because we’ve only been told about it. We weren’t there, weren’t eye-witnesses. It was a long time ago.

But it’s still real. Just close your eyes for a minute and tell yourself: “Jesus died for me. He died so that I can be forgiven and live eternally. He gave up his life so that I can live in relationship with God.”

So What’s Our Response

Paul encourages the Roman Christians on how to respond to what Jesus has done for us.

“Therefore, I urge you, brothers and sisters, in view of God’s mercy, to offer your bodies as a living sacrifice, holy and pleasing to God—this is your true and proper worship” (Rom. 12:1).

This is what we should concentrate on. This should be the echo that carries us not just through today, but through the week and more.

Now, Paul exhorts us, because of God’s mercy, to be a living sacrifice.

But what does that mean? A sacrifice is usually something that dies. The Jews would have known all about animal sacrifices, doves, lambs, bulls. You slit its throat and it was dead. But Paul urges us to be living sacrifices.

He’s telling us to go and live our lives for Jesus, isn’t he? Don’t follow your own ambitions, your own goals any more. Go out and carry on his ministry where he no longer can. Build his Kingdom where he physically cannot anymore. Be his hands, his feet, his voice.

The thing is, sacrifices hurt, don’t they? They mean that we have to do without something that we would otherwise have had. Whether it’s time or resources or money. Increasingly, I find that it’s energy—that’s my limited resource. But Paul is saying that we should give it up to God because of what he’s done for us. It’s not just doing without something like chocolate or alcohol for Lent, it’s giving it up to God: “Here, You have this Lord. I don’t need it. I want you to have it.”

Maybe it’s a relationship or an attitude.

A piece of yourself.

The great thing is, whatever it is, God will more than make it up to us. If he’s asking us to give up a relationship, he’ll bring someone else into our lives. If it’s the selfish pursuit of our own happiness, he’ll give us joy, he’ll give us peace, he’ll give us contentment, he’ll give us security. And isn’t that what we were after all the time anyway? What we were chasing?

So what is God calling you to do? What is he gently encouraging you to give to him? Because God is gentle. He’s not a bully, He’s patient and he’s loving. He knows what we need, what’s good for us and what’s not.

And he also knows that we need encouraging from time to time. It’s easy to lose track of the end goal and fall back into our old ways. The trouble with living sacrifices is that they have a habit of getting off the altar and walking away.

The writer to the Hebrews says, “Therefore, since we are surrounded by such a great cloud of witnesses, let us throw off everything that hinders and the sin that so easily entangles. And let us run with perseverance the race marked out for us, fixing our eyes on Jesus, the pioneer and perfecter of faith. For the joy set before him he endured the cross, scorning its shame, and sat down at the right hand of the throne of God. Consider him who endured such opposition from sinners, so that you will not grow weary and lose heart” (Hebrews 12:1-3).

God knows that sometimes we’ll flag a bit, need an extra push. It’s why he encourages us elsewhere in Hebrews not to stop meeting together, but to keep encouraging one another. He knows that sooner or later we’re going to take our eyes off the ball, get distracted by life—we all do. So God tells us to take inspiration from Jesus. Consider how he persevered in the light of adversity and be encouraged by it!

A Call to All Christians

The Bible doesn’t distinguish between the spiritually mature and the immature—whatever that means! Wherever you are in your spiritual walk, now’s the time to start living sacrificially, if you’re not doing it already.

It took me about six months of hearing the Gospel back when I was in my first year at Aberystwyth University before I accepted Jesus into my life. What was holding me back was the knowledge that it would have consequences for me. I knew that if I was going to accept God’s forgiveness, I had to take the whole of God seriously. I knew it would mean my service when I had plans with what to do with my time. I knew it would mean giving financially even when I was only a poor student. I immediately started giving regularly what was for me back then as a student a significant amount to the church.

It took six months of hearing God’s message of freely offered forgiveness, before I was ready to say ‘Yes, please Lord, come into my life, be my Lord, I relinquish my life to you.” And then, I started serving, I started giving, I started investing my life in the Christian community around me by attending a Bible study. Right from the beginning, because I knew that if I waited it probably wouldn’t happen. And I knew that it was the right thing to do, that if this new relationship was real, that it was going to have real consequences in my life.

So there’s no wriggle room on this. Paul doesn’t say don’t worry about doing this until you’ve spiritually got your act together. This is for all of us from Day 1.

Time and resources are only one part of being church. Living as sacrifices means living in grace in God and with each other, being significantly invested in each other’s lives in Christian community. It means practicing grace with each other.

Dietrich Bonhoeffer, the Lutheran theologian who died in a concentration camp at the end of World War II for daring to stand up to National Socialism, talked about costly grace and cheap grace:

“Cheap grace means grace sold on the market like cheapjacks’ wares. The sacraments, the forgiveness of sin, and the consolations of religion are thrown away at cut prices.”

Grace is represented as the Church’s inexhaustible treasury, from which she showers blessings with generous hands, without asking questions or fixing limits. Grace without price; grace without cost! The essence of grace, we suppose, is that the account has been paid in advance; and, because it has been paid, everything can be had for nothing. Since the cost was infinite, the possibilities of using and spending it are infinite. What would grace be if it were not cheap?

Costly grace is the treasure hidden in the field; for the sake of it a man will go and sell all that he has. It is the pearl of great price to buy which the merchant will sell all his goods. It is the kingly rule of Christ, for whose sake a man will pluck out the eye which causes him to stumble; it is the call of Jesus Christ at which the disciple leaves his nets and follows him.

Costly grace is the gospel which must be sought again and again, the gift which must be asked for, the door at which a man must knock.

I’d love for our churches to be a community of costly grace.

What Does This Mean?

It’s a question of the risks we’re prepared to take. Playing at being at church doesn’t involve much risk. It means attending church on Sundays, Bible studies and coffee mornings, the occasional outreach, that sort of thing. If it works, fine, if it doesn’t, well, we haven’t invested ourselves too much. It’s convenient. It won’t have cost us too much.

But when we are the church and place God first, amazing things happen. A passage from the book of Malachi 3:10-12 contains a great promise. God is quite harsh with Israel, accusing them effectively of stealing from him by withholding from him, but he gives them a second chance and a promise: