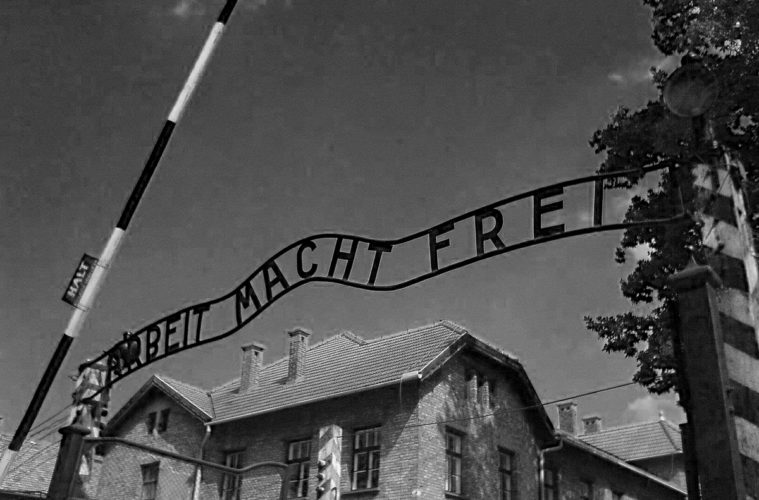 The Capital of Darkness

A while back, my wife Jane and I traveled to Krakow, the beautiful “Little Prague” on the Vistula, Poland’s former capital and home to John-Paul II. While there, I spent an afternoon at Auschwitz, the Nazi death camp.

Auschwitz is one of those places many want to visit once and nobody wants to visit twice. I was amazed at the size of the crowds so late in the season.

Samuel Johnson said that we are more concerned about a pain in our little fingers than the suffering of thousands we do not know. In the main I suspect he was right. The exception may be Auschwitz. It marks us. It inspires a kind of ultimate sobriety and changes the way we look at the world. We’ve grown accustomed to endless analyses of the Holocaust and its lessons. Still the lessons should not be ignored. We may uncover new lessons if we refuse to forget.

1) Anti-Semitism in any form is a thing to be opposed. This species of iniquity is particularly malignant and has a tendency to metastasize quickly. And anti-Semitism is still alive and well in Eastern Europe. A European poll conducted a few years back showed that a plurality of Europeans believe that Israel is the chief cause of terrorism. One of Hungary’s two major parties, appealing at one level because it champions more conservative and religious causes, still fosters a dark tolerance of anti-Semitism. This alone is sufficient ground for the Christian to withhold support.

2) Of course Hitler did not reserve his malice exclusively for the Jews. Thousands of Slavs and Gypsies were murdered at Auschwitz and other camps. Secular saviors tend to become advocates of liquidation sooner or later. It is likely that his racial obsessions cost him the War. The Ukrainians initially welcomed the Germans as liberators. That soon changed when the Nazis treated them as sub humans because they were Slavs. The Germans lost a valuable ally who could have turned the tide against Russia. Had Jewish genius been enlisted on the side of Germany it is hard to imagine Germany losing. But if the Nazis had honored the Jews they wouldn’t have been Nazis

3) The capacity for human evil is apparently unlimited. You know you are beginning to think theologically when you hear the phrase “The Fall” and think of Genesis 3 instead of Autumn. We are fallen. The sin nature asserts itself. If that nature proceeds unrelieved by regeneration and the restraining power of the Holy Spirit the consequences can be dire. Cicero remarked that in war all law is suspended, but there’s no doubt that the Nazis would have continued their extermination program after the war. Dachau was built before the war began. Our potential for wickedness is staggering. G.K. Chesterton wrote that it is surprising that the doctrine of human depravity is so universally rejected because it is the one Christian doctrine which can be proved empirically.

4) To sin against spiritual light and privilege invites woeful results. The Germans as a nation were the first to embrace the Bible through the Reformation. It may be claimed that they were also the first to reject biblical authority through Liberal Theology and the Higher Criticism. It’s only fair for a fiercely Protestant observer like myself to note that the Nazis appropriated many of Martin Luther’s anti-Jewish rants for their own purposes. I have no inclination to defend Luther on this score except to quote his biographer Roland Bainton who pointed out that most of those abysmal utterances came in the last two years of Luther’s life when he had, in Bainton’s words, “lost his emotional poise.”

5) We may thank God for the noble few who stood up. We remember the Dutch family who sheltered Ann Frank. Corrie ten Boom and her sister stand out. At Munich University there were those intrepid students called The White Rose, who along with Professor Kurt Huber, were decapitated for their courage. Let us note that 40,000 Germans were executed for opposing the regime including the heroic Dietrich Bonhoeffer who could have saved himself at the end by playing along with Himmler’s plan to make a separate peace with the Allies. He refused and was hung for his principles.

Religion itself is no cure for the world’s murderous tendencies. It is a false religion which convulses the world as I write. It was a professedly religious people who insisted that the Savior be crucified. Pilate, the representative of the secular power was quite satisfied to beat Jesus and let him go. And let us be honest. Untold savagery has been prosecuted in the name of Christ in the history of the world.

But those who use the name of Christ as a pretense for slaughter do not employ the doctrine of Christ Who laid down his life for the nations.

The Lord gives us no promise that there will not be another Holocaust, perhaps next time directed against Christians. We are only assured of wars and rumors of wars. No vague religious sentiment or specific religious enterprise will help. It is that personal relationship entered into by faith in Christ’s promises which we need. The specific trust in Jesus that leads to actual Christlikeness is the only hope for us as individuals. Corporately the only hope is the actual return of Jesus himself.

It can’t come too soon for me.