At the End of Your Rope? You Can Turn Your Life Around

My favorite relative of all time was my Uncle Bill. I met him when I was about 7 years old, when he started dating my aunt who is ten years older than I am. We instantly hit it off because he had a cool car—a red

1966 GTO—and I loved it. I think he was impressed that a 7-year-old would know so much about cars so we started palling around, working on his car.

When I was eight, he took me to my first drag races at Sacramento Raceway. I will never forget that day—it is burned into my memory: the ear-splittingly loud engines, the smell of the bleach burnouts, the really cool paint jobs on even cooler cars. I was in heaven.

Not long after that day, my Uncle Bill was drafted and sent off to the war in Vietnam. I did not see him for a few years, not because he was in Vietnam fighting for that long but because Vietnam came home with him and he was at war with himself.

You see, Uncle Bill had two jobs during the war: The first was as a belly-gunner in the big Huey helicopters. He was in six helicopter crashes—the only survivor in five of them. It had something to do with the Huey being top heavy and they would flip upside down when they would crash, therefore the belly-gunner would be the safest spot. His second job was sorting through the bodies of the casualties—trying to put the right parts with the right soldier so they could be sent home. He spent a long time recovering or trying to anyway. When I finally did see him, it was clear even to a 12 year-old that he was a changed man.

For years after the war, he self-medicated by smoking pot. As a teenager, I was clueless to this, but it finally destroyed his marriage to my aunt when I was 17. She told him it was either the pot or her and his daughter. He chose the pot.

I did not see my uncle Bill again until his daughter asked me to officiate at her wedding. It was the night of the rehearsal when I saw him for the first time in 16 years. We sat next to each other at the rehearsal dinner and did our best to catch up. He told me he had kicked his addiction to marijuana a few years back and that he had given his life to Christ. He told me about the work that he was doing at his church and how important it was to him. He had a ministry that was the focus of his life and it brought him great joy. He was, again, a changed man.

An Obituary in the Newspaper

I did not see my Uncle Bill again. I read his obituary in the newspaper a few months later. It said he died of cancer after several years of battling the disease. The cause was listed as the Agent Orange he had inhaled for the years he had been in battle. He got himself killed in Vietnam and he didn’t even know it.

As we talked that evening about our lives since we had last spoken, my Uncle Bill never mentioned the cancer. He looked a little frail but he had lived a hard life so I thought nothing of it. He could have told me about all the pain and sickness he had struggled through those last years of his life, but he chose instead to tell me about how God had worked in his life and, through him, in the lives of others.

As long as I’m alive in this body, there is good work for me to do. If I had to choose right now, I hardly know which I’d choose. Hard choice! The desire to break camp here and be with Christ is powerful. Some days I can think of nothing better. But most days, because of what you are going through, I am sure that it’s better for me to stick it out here. So I plan to be around awhile, companion to you as your growth and joy in this life of trusting God continues. Philippians 1:22-25  The Message 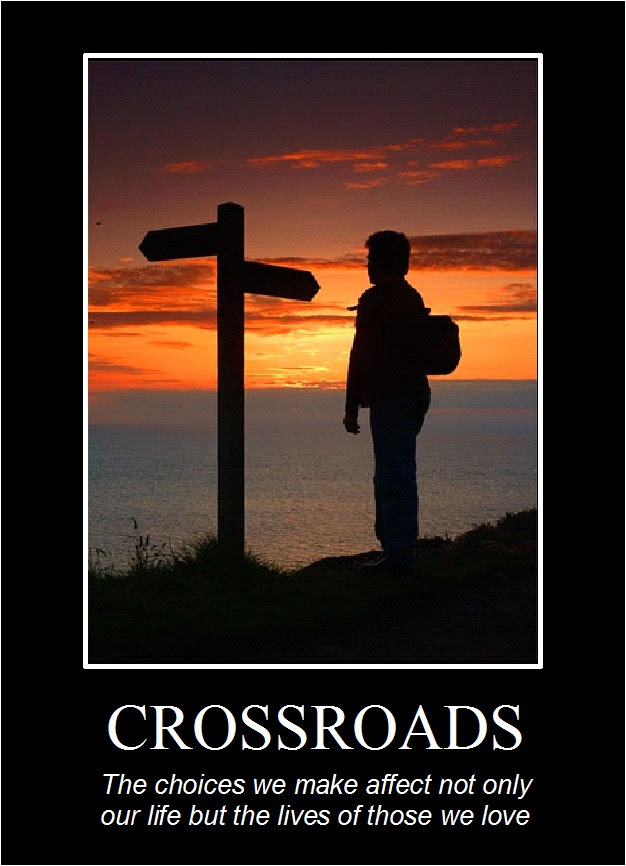 After spending that evening with my Uncle Bill, and then reading his obituary, my choice of favorite relative was cemented for eternity. He had every reason to check out of life—battle fatigue, drug addiction, divorce, terminal cancer, but he chose to spend his final years on earth serving others. He took the long way to get there, but he lived a life I admire.

So if you’re thinking today that times are tough for you or that you are close to the end of your rope, just compare your life to my Uncle Bill’s—if he could turn things around, it’ll be easy for the rest of us.