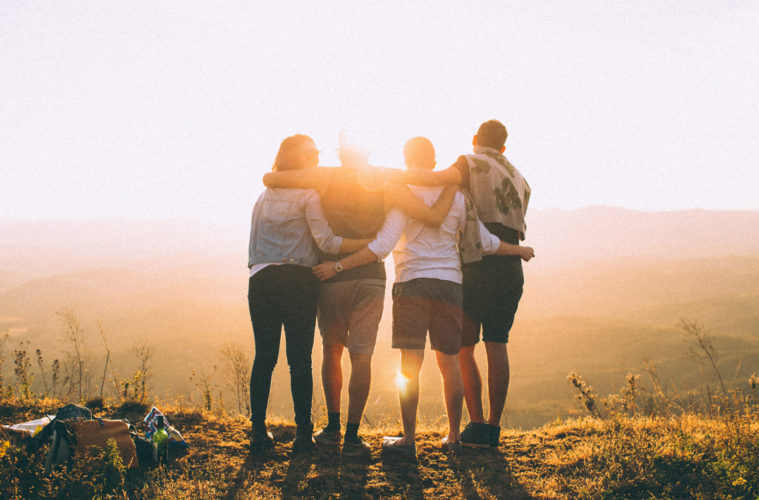 When Speaking to Doubters, Love is LOUDER

When all else fails, love’s the best argument of all…

Atheism is now considered “hip” in our culture. It’s becoming the default way of proclaiming you’re an intellectual. So it behooves us to respond intelligently and most of all, with good will and humor so we don’t appear self-righteous and smug.

How do we talk about our faith to atheists in a way that causes more good than harm?

I believe when I allow my discussions with atheists escalate into angry arguments, the Holy Spirit tips his hat and says, “Okay, Dave, I’m leaving. I guess you can handle this one on your own.” So I warn people up front that, while you may not respect what I believe, I will end the conversation if you become insulting.

For example, you may think my mom is ugly (You’re not, mom! It’s just an illustration). But if you respect me, you won’t just blurt that out to me. You’ll suggest possible changes in her hairstyle, or perhaps she could use a more substantial concealer. But you will have respect for my relationship with her. The same respect is due when you’re talking about my God.

A substantial number of my atheist friends have an intellectual snobbery that loves to ridicule faith. Therefore, I’ve walked away from several unfruitful conversations. I’m a loving guy, but without respect, we’re done.

Yes, I do believe in a literal hell. And I understand why you say it’s my responsibility to warn them about it. But since atheists don’t usually understand the concepts of grace and how none of us deserve salvation, telling them they deserve hell is just insulting. What they hear is, “I’m better than you, and God likes me more.”

My usual response is that it’s not my decision. Pronouncing judgment on them immediately makes them my enemy. And a funny thing I’ve noticed about the people I’ve witnessed to: I’ve never led any enemies to Christ, only friends. So keep it friendly.

3. Respond to what they are actually asking. No canned replies, please!

I understand that memorized witnessing techniques help some people share their faith more effectively. But anything rehearsed will come across as a spiritual sale pitch. For example…

“Yes, I understand your oils/shake/supplements cure every disease known to man, but it’s just not for me. But thanks so much for sharing about it for the past 30 minutes…”

When you avoid responding to what the other person’s asked, it sounds like either you’re afraid of their question or that you don’t care. It only makes the other person feel disrespected, so keep it real and spontaneous.

You are not the Bible Answer Boy—that’s why the Lord made Google. The best way to keep from saying something biblically incorrect is to admit when you don’t know. Tell them “That’s a great question!” and go research it. Be humble and admit you don’t have all the answers…because you don’t. God has all the answers. And last time I checked, I wasn’t he.

5. Avoid the need to defend God.

A sense a desperation sets in on some believers when talking with skeptics, as if all of Christendom depends on them winning the argument. It doesn’t—your conversation’s not that important. Your job is to make the best case you can for what you believe…period. It is not your responsibility to win an argument. Arguments are about “me being right,” as opposed to “God being right.”

God is perfectly able to defend himself, so avoid the temptation to escalate the stakes. And be sure you’re goal is to lead them to Christ, not win an argument. Only God can draw people to himself—your job is to point them in the right direction, and then get out of the way.

I was talking back and forth to an atheist on Twitter last weekend. In the course of conversation, I said something about him dropping by to talk with me in person if he was ever vacationing where I lived.

Then he asked a surprising question, “Would you welcome someone like me in your home?” My immediate response was, “Are you kidding?” Of course, I’d love to have to have him come and have supper with us. I told him emphatically that he had an open invitation anytime he was nearby.

There was a long silence before he responded again. I could tell my answer surprised him. But God has truly planted a love in my heart for people even if they are rebels from my Father. In spite of all their anger, that love is something truly miraculous for which they have no good counterattack.

How do you fight with someone when they’re hugging you?

So…when in doubt, try love. What a coincidence—that’s the same method God’s using as well!

Photo by Helena Lopes on Unsplash