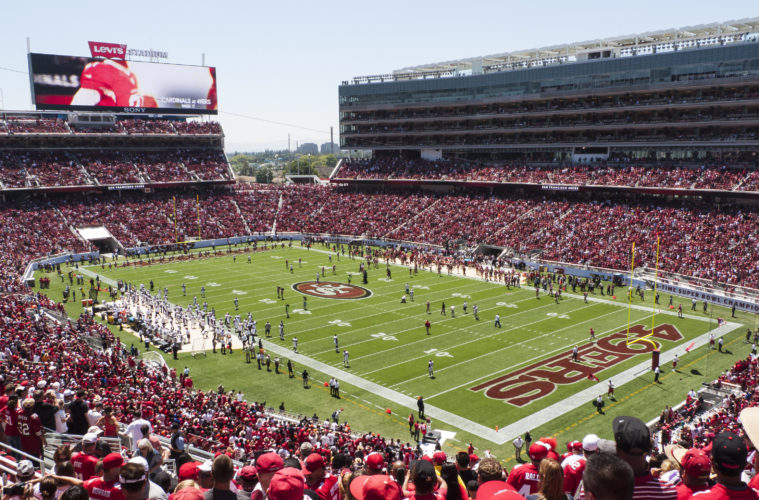 How to Suck All of the Amusement Out of a Game

There’s a reason that “old sayings” become “old sayings.” They stand the test of time, because there’s proven universal truth behind them. One such archaism is “never talk politics or religion with friends.” The point being that such subjects are so prone to argument and division that your friends won’t be friends for long if you persist in conversation about them. Many a joyful celebration has turned into a donnybrook due to expressed disagreements over God and elections. It takes all the fun out of the party and any other form of entertainment. Comedians who parlay their fame into gigs as late night talk show hosts notoriously lose their audience when they repeatedly devote their monologues to political causes. Johnny Carson’s longevity was attributed largely to the fact that he never lost sight of his intended purpose—providing light laughs before bedtime. Loss of focus on one’s original objective derails the show and public interest. The same can be said for other forms of entertainment.

The latest failure to maintain an audience due to wayward issues involving politics has evolved out of good ol’ American football. Generally considered the most popular sport in the United States, the professional level of the game has taken a stiff kick in the jimmies this year as the result of political drama introduced by one player last season. Amid controversies over the use of force, particularly deadly force, by police officers that stirred up civil unrest in predominantly African-American communities, a pro-player felt compelled to connect with his underprivileged black roots, despite being adopted as an infant and raised by a reasonably affluent Caucasian couple.

The conflicts associated with personal identity crises are not unusual and are normally faced in private. But this individual chose to share his publicly by refusing to stand during the national anthem before games in protest. Protest of what, exactly? Well, the answer to that has gotten a bit fuzzy due to the hoopla by the media who are always looking for a good story…and nothing sells print and airtime better than national outrage. As the last few months have proven, there’s not much that stirs national outrage more than blatant disrespect shown to the nations symbols…specifically the national flag and the national anthem.

Shannon Sharpe, a former NFL player and current media mouthpiece, declared that our national flag was “just a piece of cloth,” not unlike a pair of jeans. On its face, that’s an asinine statement. Of course, it’s much more than that. Its symbolism is of high value. That’s why both the flag and the anthem are traditionally honored and have sadly been targeted by protest. C’mon, Shannon…no one bothers to degrade a pair of jeans. But, aside from that, I understood him to mean that what matters is what that piece of cloth represents. And I would agree. He then suggested that the flag means different things to different people, depending on their point of view. Here, I disagree. The flag and the anthem objectively represent the nation. I will agree that different people have different feelings toward the United States and what it represents. Obviously, there are those who focus on its imperfections and do not hold the country in high esteem. Subsequently, they don’t think twice about showing disrespect towards its symbols for the sake of a cause. Meanwhile, there are others that have high regard for the USA, its founding principles and those things that symbolize its heritage, including the flag and the anthem.

There has been a lot of talk about the NFL protests…oh, a lot of talk.  Many have repeatedly sidetracked the discussion by declaring people have a right to protest in such a manner under the First Amendment to the Constitution. But, that has never been an issue. No one has ever argued otherwise. It’s the appropriateness of the method of protest that people find objectionable. After all, that’s what protesters count on to gain the attention they seek…they depend on the anger their actions cause. Once the irrelevant issues and useless hyperbole get brushed aside, all the arguments boil down to the “cause” that moves some people so greatly that they are willing to disrespect a symbol of the nation in order to attract attention…even if its negative. To me, it’s much like a child throwing a tantrum.

Of course, what matters here is how we ultimately define that “cause,” because that’s the only way to access its credibility. Here, we run into a bit of a problem, because there has been quite a bit of confusion based upon the many versions of the “cause” that have cropped up over the last 18 months, or so. The matter has morphed into different forms depending on personal preferences and opinions. So, what was it that threw us into such a frenzy?

The “cause,” as originally stated, was against the brutality of police officers that were “routinely murdering unarmed young black men with impunity.” The NFL player who started it all didn’t stutter when he first “took a knee” and he wasn’t ambiguous with his adolescent socks that depicted cops as pigs and his canned statements. And that, ladies and gentlemen, was a fallacy. His actions got attention, all right. So much so that the “cause” was immediately refuted by readily available statistics and dismissed for the lie that it so obviously was. It’s an unfortunate fact that there are cases of police misconduct and poor judgment by human beings hired to enforce the law…and that people die as a result. But there is absolutely no evidence that it happens on a grand scale. Nor is there any evidence that it happens routinely as a result of race…that of the citizens or the officers.

Even the most devout left-wing, anti-law enforcement, anarchists realized there wasn’t much substance behind such a claim and immediately put their support on pause…until the “cause” could be reworked into something more appealing and defensible. And so, the “cause” underwent a number of facelifts. Initially, there were several versions that were hastily thrown against the wall in the hopes that something would quickly stick and save the opportunities to disrespect the nation’s symbols. But they dribbled away until we heard that the “cause” amounted to a call for justice and equality under the law.

At that point, they finally found a version that was so watered down and generic that the majority of Americans would not oppose the basic concept. But, that’s where it all fell apart for the protesters, yet again.

We subsequently entered a phase where the national symbols that were being disrespected stood for the very principles the “cause” had become. It wasn’t just a disconnect between the “cause” and the method of protest, it was a blatant contradiction that made absolutely no sense whatsoever. Despite that, the protests inexplicably continued…logically proving that the “cause” was either falsified or the real motivation behind it was the continued disrespect shown to the national symbols, no matter what version of the “cause” was used as an excuse. The “cause” became nothing more than the desire to disrespect the symbols of the nation and, vicariously, the principles for which it was founded…making the whole “cause” not only faulty, but subversive in it’s own crazy, illogical way.

Don’t feel bad if you’re left wondering what the hell it’s all been about and why there’s been so much “fuss and fidget” involved. The ones directly participating seem increasingly dazed and confused, despite their serious faces. Although they’ve stubbornly continued the pre-game antics in hopes of justifying the victimization attached to their collective self-image, the enthusiasm seems to be waning. The only concrete aspects have been the decline of viewership during NFL games and loss of revenue for pro-team ownership that arguably mismanaged the affair. The only ones to gain out of the whole affair have been those involved in college ball, where audiences can still find a reason to be entertained.

Truth has always been illusive for those involved in political conflict. Confusion caused by propaganda and strife has existed for centuries. It even swirled about Jesus Christ and facilitated his death on a Roman cross:

“Therefore Pilate entered again into the Praetorium, and summoned Jesus and said to Him, ‘Are You the King of the Jews?’ Jesus answered, ‘Are you saying this on your own initiative, or did others tell you about Me?’ Pilate answered, ‘I am not a Jew, am I? Your own nation and the chief priests delivered You to me; what have You done?’ Jesus answered, ‘My kingdom is not of this world. If My kingdom were of this world, then My servants would be fighting so that I would not be handed over to the Jews; but as it is, My kingdom is not of this realm.’ Therefore Pilate said to Him, ‘So You are a king?’ Jesus answered, ‘You say correctly that I am a king. For this I have been born, and for this I have come into the world, to testify to the truth. Everyone who is of the truth hears My voice.’ 38 Pilate said to Him, ‘What is truth?’” (John 18:33-38)

Photo by Jim Bahn via Wikipedia