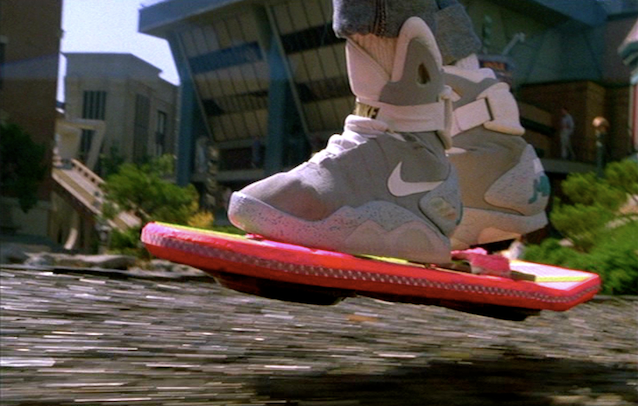 The Next Great Catholic Sin: Hoverboards

Father Albert San Jose seems like a pretty cool dude. While many clergy are stand-offish and difficult to approach, San Jose strikes me as the kind of Catholic priest that really connects with people where they are.

Of course, I only have one example to go on—his mad hoverboard skills! Check this out:

Right? MAD skillz, yo. Because it seems a lot of adults can’t pull off what this priest makes look easy, and videos of adults wiping out have taken the Internet by storm.

The Eucharist demands utmost respect and reverence. It is the Memorial of the Lord’s Sacrifice. It is the source and summit of Christian life. It is the Church’s highest form of worship. Consequently, it is not a personal celebration where one can capriciously introduce something to get the attention of the people.

Okay, sure, I understand what they’re getting at. And, to be totally honest, as one who has been labeled blasphemer for some of my religious humor I’m not sure I’m unbiased in this case. I have a pretty fair streak of irreverence in me. Of course, Father San Jose played ball with the diocese, apologizing and promising that it won’t happen again.

But I think it SHOULD! Here’s why:

willing to embrace culture (in this case a hoverboard craze) WITHOUT compromising its content will have a greater impact in people’s lives. This is the church that will set the world on fire.

This is exactly what the good padre did. Did he change the liturgy? Nope. Did he alter the meaning and significance of the sacrament? Nope. All he did was carry out his usual service in an unusual way. In fact, is it so far out of the realm of reason to imagine a priest walking among the people while singing, “May the Good Lord Bless and Keep You?” If you can imagine him walking, why get upset when you add the tech? I applaud the priest for being creative in using elements from the world around him in a faith tradition that goes back thousands of years.

Even Jesus used the culture around him to make his points come alive. In the agricultural setting of the Ancient Near East, Jesus told stories of shepherds, farmers, and Samaritans. He used sticks, architecture, and the landscape to offer entryways to draw and keep people’s attention.

The apostle Paul utilized the statue of a Pagan god to make a point about the one true God. Is singing God’s blessings on a hoverboard more outrageous than this?

Rather than shunning culture and trying to insulate the church, let us rather seek to engage culture in all of its insanity (yes, a hoverboard craze really is quite ridiculous). As long as we’re not changing the message of the cross, it shouldn’t matter what elements from the world around us we use.

The diocese talked about having the utmost respect and reverence for the Eucharist, but I’m not so sure Jesus himself was so full of reverence that he couldn’t appreciate the lighter side of faith.

While Father San Jose may never ride another hoverboard in church, I do hope that he continues to push the envelope and find ways to engage the people and culture around them – using their stuff to point to a timeless God.

Thanks for reading! I hope you enjoyed the piece. If it resonated with you in any way, please share it on your own social media platforms. Blessings!