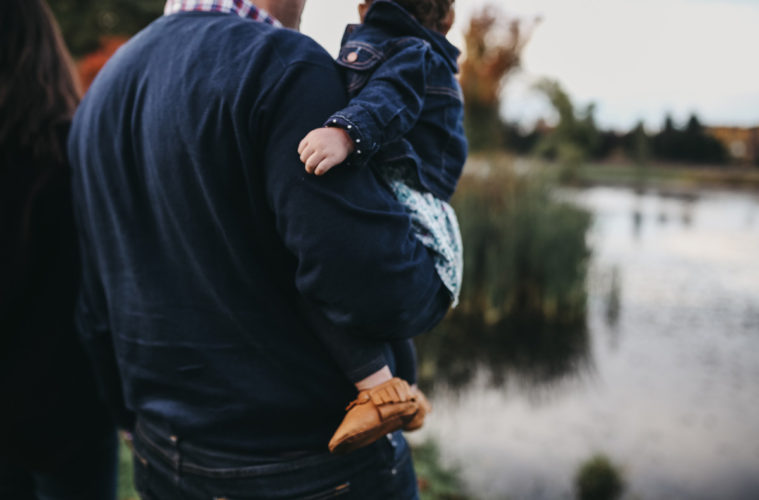 The Millstone: Consequences for Abandoning Children

Recently, I read a sad story about a 27-year-old man who passed away from a rare form of cancer. But before he died, he sat down with his precious 11-month-old daughter and made a video for her to remember him by. In it, he expressed his unwavering faith and trust in God’s providence and told his daughter that once he passed on, God would be her father. Nick Magnotti willingly submitted to the harsh sentence of being absent from his daughter the rest of her life. What’s more is that he also trusted God to watch over her completely—not because he wanted it that way—but because he had no other choice.

What upsets me most about this story is that Nick would have given anything to see his daughter grow up, but all across this country fathers and mothers everywhere have abandoned their children in search of greener pastures. According to the Washington Times, 15 million children in the U.S. live without their father and 5 million live without their mother. The Orphan Coalition states that another 463,000 children are presently in the U.S. foster care system due to being abandoned, abused or neglected. It’s baffling how God allows those who are fit to be loving parents to suddenly die so tragically, but will allow millions of deadbeat parents to continue living their wretched little lives in willful rejection of their kids.

If you or someone you know is one of the guilty parents described above, let me be very clear about a couple of things. In the Bible, there are only two instances where Jesus directly threatens the life of a human being. One of those instances takes place at Passover when he announces to his disciples that he would be betrayed. Jesus warns, “The Son of man goeth as it is written of him: but woe unto that man by whom the Son of man is betrayed! It had been good for that man if he had not been born” (Matthew 26:24). The other instance concerns those who willfully reject their children. Jesus states, “It were better for him that a millstone were hanged about his neck, and he cast into the sea, than that he should offend one of these little ones” (Luke 17:2). The common theme between these two verses is betrayal. When parents willfully reject their children, they are betraying the trust of their children.

Some food for thought: even those considered “evil” according to biblical standards know how to take care of their children (Luke 11:13). If this is the case, what category of evil do people fall into who reject their children?

Offending little children is a serious crime to The Almighty—and rightfully so. Some of you need to consider what the Bible has to say about this because Jesus wasn’t known for making idle threats. In fact, what’s most shocking is he states that having a millstone hung around your neck and sinking to the bottom of the ocean is actually a better option for you than what’s truly coming your way. So, a little reminder to those of you who abandon, abuse and neglect your children, or to those of you giving it some serious consideration: there are people all over the world who would give anything to spend just one more day with their child, but you treat a child’s wellbeing as an optional assignment. Just know that no matter what, God will hold you personally responsible for whatever tragedies come to your child as result of you abandoning your parental duties. God doesn’t make mistakes and you can be sure your sins will find you out.