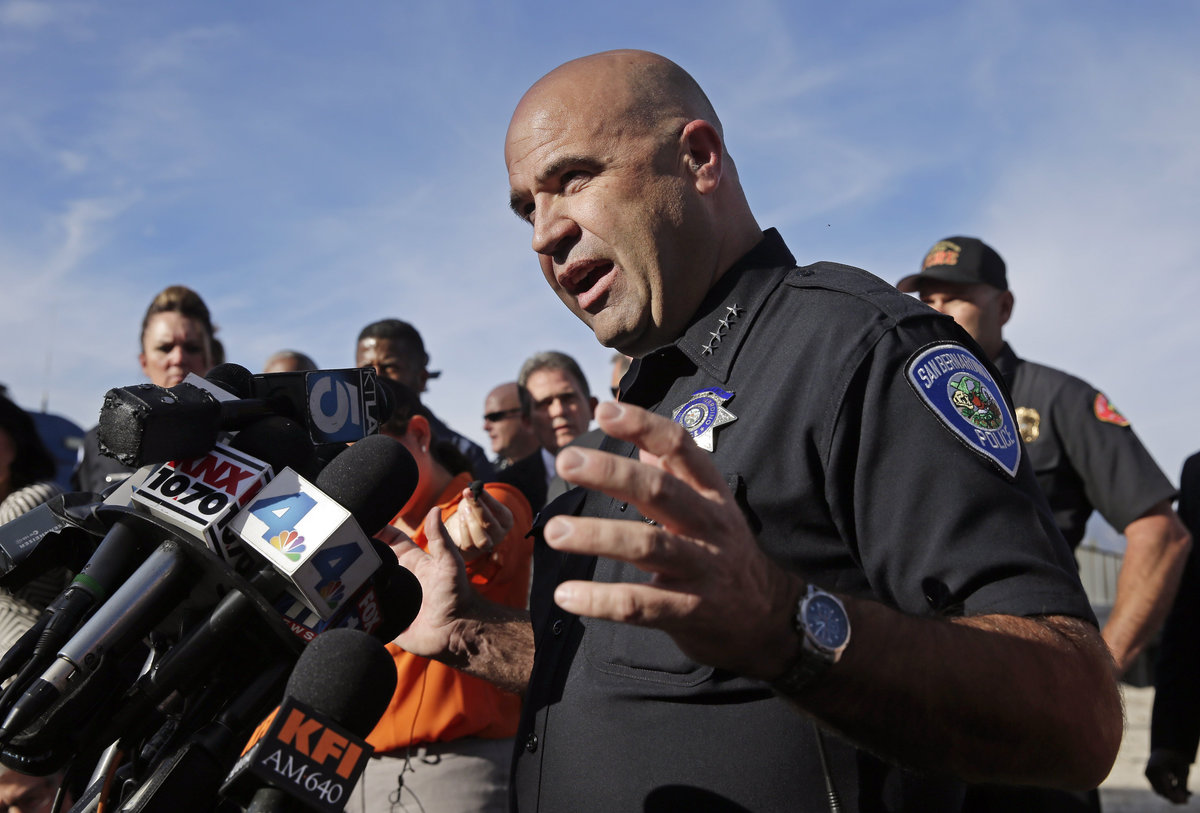 Living in the Presence of Murder

It’s a day after yet another mass shooting.

This time in San Bernardino, CA. Fourteen dead and another twenty-one seriously injured, at last report. The hysterical prose of the news media has settled down and their gross speculation has given away to more rational analysis of the facts as law enforcement authorities reveal them. The surnames of the suspects suggest a potential for terrorist affiliation, religious fanaticism or political radicalism. Let’s hope this isn’t an opening salvo of an organized terror campaign, for the American public is ill prepared for such a development. The true motivations will be uncovered as law enforcement mines intelligence and evidence from the personal possessions of two dead perpetrators. Without a doubt, the early information available and the extent of the weaponry and equipment used to carry out these crimes indicates this was not a spontaneous, unplanned incident carried out on a sick whim.

But, what draws our attention to our TV sets over breakfast this morning and elicits sighs of disbelief is the source of dreadful nightmares for the surviving victims. Friends and family members of those who didn’t come home last night are dealing with the horror that it has happened to them and their loved ones. For every one of those killed or wounded, there are at least ten more who are personally traumatized by this unexpected senseless violence. The ripple affect is in full force as the previous theoretical notions of the current trend in violence is replaced by the sickening reality that it has impacted them on an intimate level…a realization that will remain with them for the rest of their lives. I can guarantee you, the affects will also weigh heavy on the police personnel that responded to the scene, confronted the suspects and are conducting the investigation.

None of this is abstract to these people.

For the rest of us, we’ll find ways to absorb the news from a distance. Separated physically and emotionally from the carnage of a horrific crime scene, we move beyond the news media’s repetitive mantras of, “How could it happen?” and “What’s to be done?” For many, it will be just one more in a line of killing sprees that paper our worldview and heighten an awareness of the increasing volatility of our society. We’ll hear politicians make speeches, most of which will capitalize on this most recent event to advance old agendas…on the left and the right. This week we will be introduced to the names and photographs of the victims, but they will fade in the coming weeks after the funerals and testimonials. We’ll also be treated to an analysis of the perpetrators, their motives and their personal histories. Through it all, we will put it in some sort of perspective and go on until the next round of violence. For those with faith in God, or a spiritual sense of mankind, prayer seems the only available balm.

There is one undeniable fact that is common knowledge among police officers and is becoming apparent to the general public. That is that the people who commit these terrible crimes are among us…right now. Just as these latest murderers were the day before yesterday, there are those who will commit similar atrocities in the future who occupy space around us. We work with them. They live “just down the street.” They sit next to us in school. They are our clients, customers, and patrons. Some stick out as oddballs, misfits or malcontents. Others are the typical quiet loners who brood in the corners of our everyday lives. Almost all will spurn friendly interaction or repel the overtures of well-meaning acquaintances. For every one that is identified ahead of time and becomes the subject of intervention, there are more who slip through the cracks until something triggers their violent behavior. A functioning democracy that shuns anything that smacks of a police state cannot realistically catch them all. Innocents often pay the inevitable price. It’s an unfortunate fact of modern life that will never be mitigated by simplistic initiates and political banter.

Certainly, mental health issues and the proliferation of sophisticated weapons contribute to the problem. Those who have been wondering why law enforcement needs what they call “militarized” weapons and equipment got their answer yesterday…and, as dramatic as it was, on a scale of potential critical incidents police departments prepare for, this one was at the lower end of lethality.

Think about that for a few moments.

I have sat in on brainstorming and focus groups trying to wrestle with the syndrome of mass casualty events. I have taught classes on responding to critical incidents in the workplace, school campuses and large public venues. Despite that experience, I cannot give you a definitive answer to the problem. No one course of action will remedy the situation. One thing is for sure; the proper approach must be as multifaceted as the influences that contribute to the current crisis. It must also take into account something we have been reluctant to admit and fail to confront. Despite our proclaimed desire for peace and civility, we harbor a general tolerance of, and insatiable appetite for, violence in our culture.