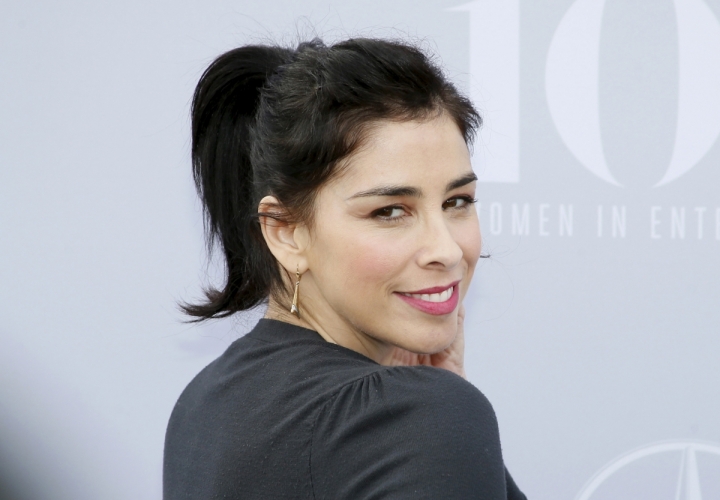 There are many times when we have to go looking for bridges between Christ and culture—those stories that might be a natural lead in to steer a neutral conversation towards Christ.

Other times the stories hit you in the face.

Sarah Silverman provided just such a story. Not too long ago she tweeted:

If you’re like me and are not familiar with the phrase “gender-fluid,” here you go:

Gender fluid is a gender identity which refers to a gender which varies over time. A gender fluid person may at any time identify as male, female, neutrois, or any other non-binary identity, or some combination of identities.

Naturally, it causes a bit of a stir among those who consider themselves Christians. Jesus was not gender-fluid by this definition. He was not someone who identified as a man at one time, and then later identified as a woman (or rejected all gender labels).

Silverman defended her “joke” by saying:

I was in Wales w my boyfriend and his family. I was sitting in the car on the way to Christmas at his sister’s and figured I’d sent out a Christmas tweet. Decided to add on a word from our collective vocabulary since, to me, it’s funny, beautiful, and true in that He is all of us.

Wow, Sarah Silverman. Thank you for reminding us that Christ is all of us, male and female. Except if you know anything about Ms. Silverman, you’ll know that she’s no friend of Jesus. No, she wasn’t really trying to make a point about Christ in us all. She was playing loosy-goosey with words to provoke people with edgy humor. (If I’m totally wrong, Sarah, I welcome dialogue with you and you can explain how you, as a nonbeliever, view Christ in us all.)

So, provocative humor aside, let’s take the explanation at face-value. Is there any merit in talking about Jesus as gender-fluid?

No, there is not.

The Incarnation is all about God taking on human form. The Gospel according to John says it like this:

And the Word became flesh….

It’s the hypostatic union, the combination of the divine and human nature of Jesus, the Christ. But the human nature was a man. It does damage to the identity of Jesus to make attempts to change the Incarnation to fit ridiculous contemporary categories like gender-fluid or gender-neutral.

Yes, the Savior came for all, and the Spirit resides in all. Spiritually, we are all on equal footing, for “there is no male nor female” in Christ. That does not eliminate gender distinctions.

It simply means that we ALL have equal access to God’s salvation—being male or female is not a basis for spiritual standing before God.

Is Christ in all and available to all? Yes.

Is Jesus gender-fluid? No.