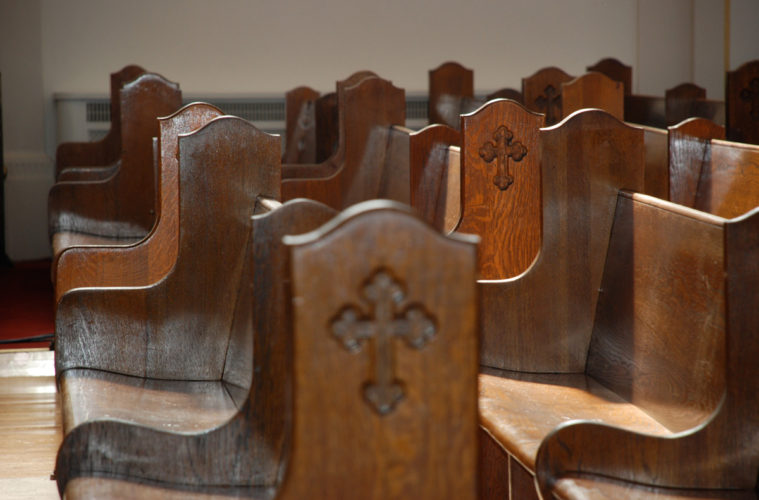 When is a Church not a Church?

I was interested recently when a new restaurant opened up in our town. Housed in a historic former church building downtown, it is now a quaint little place to grab a bite. A friend of mine sings pop standards there on some nights where a choir used to sing. It turns out Billy Graham even preached there once early in his ministry.

As the church has moved on to a much bigger campus across town, there’s no reason to feel a sense a loss that a place that used to serve up “the bread of life” is now serving regular hot bread.

But this change did spark questions in my mind. Even though the restaurant still looks like a church, it isn’t one anymore. So what are the things that changed to make it no longer a church? What exactly is it that an organization is supposed do to fall under the definition of a “church?”

I see two competing ideas of what defines a “church.”

Option 1: The church as a country club for Christians.

Paradigm: Similar to the old Chess Club in your high school days, church is for those “interested in religious stuff.”

Application: Let me try to explain this to the uninitiated. Every week, church people gather together in their designated “club houses” (church buildings). That is where they talk about their mutual hobby—religious stuff.

To show their enthusiasm for churchy things, they dress up in their church clothes (suits, floral print dresses, ties a little too short to reach over their bellies), and practice their church speak (“Amen,” “That hymn was such a blessing”, “Please pass the fried chicken, Miss Bertha,” etc.). Seriously, my silliness here is meant with deep love as a survivor of 50 years of church attendance.

Results: People learn some new Bible fact or tidbit they did not know before, and have limited amounts of social interaction with people who look and think just like them.

– Wow, Janis, I did not realize the Old Testament tabernacle and the TBN television studios had such similar designs—I’ll have to study more on this topic.

– There must be animals in heaven if Jesus returns on a white horse in Revelation 21. This adds greatly to my anticipation of the afterlife.

Problem: Why bother? I have to say honestly that as much as I love studying the Bible and learning something new in it, if that was all there was to church I would seriously just stay home. With online resources and uninterrupted quiet, I could learn much more about the Bible studying by myself. I would also not have to deal with people, which, as anyone who has been around for a while understands, is where most of the problems in life reside.

Reality: What I’ve described above is all that church means to many people today. Is it surprising that the many of the current generation have stopped coming much anymore?

One big problem with this paradigm is that this is the very crowd Jesus seemed to butt heads with—the religious. They would get angry at him when he broke the club rules about healing on the Sabbath, and would try to challenge him with an impromptu game of “Quote the Bible Rules.” They got mad when he implied something was wrong in their hearts, particularly when they had worked so hard to make their outsides look good.

Jesus seemed to have a huge problem with them over the people their church clubs kept out—people who didn’t know the rules, people who didn’t wear the team colors, people who had messed up their lives so badly they could no longer fake being good enough to fit into the religious club.

That brings me to the second paradigm.

Option 2: The church as a triage unit for the wounded.

Paradigm: Each week, people who know they’ve blown it meet together to help each other become more like Jesus.

Application: Unlike the church club above, these people are not just Bible enthusiasts. They are not reading it like a Book Club would discuss Oprah’s latest pick. They actually desire to conform to the truth they read in their book, and to emulate as much as possible the one they love—Jesus.

Since they truly see how beautiful Jesus is, they are honest about how far they fall from that example. So when people wounded by sin come in their doors, they wrap loving arms around them as if to say, “I know how hard it is out there, but in here you can find healing!”

–Too numerous to mention here. I have personally known thousands of people who have an authentic, life-changing relationship with God. When the church sees itself not as a club where they hide from the world but as a hospital where they heal the world, the result is nothing short of revolutionary.

Problem: The only problem is telling which kind of church it is before you walk in the door. They all look like churches on the outside, and most of them do churchy things that involve the Bible and Christianity in some way. But the difference is in the results.

One place breeds self-righteousness and a closed community—the other produces humility, open arms, and life transformation.

But most of them have a steeple and more than a few nice looking people. They all call themselves churches, but only some are places where Jesus—the Jesus who tipped over the tables of the money changers and shielded a prostitute from the attacks of the religious—would be comfortable and welcomed. And that’s because if he’s coming in the doors of your church, he’s bringing all those hurting, messed up people with him.

If you think this sounds a bit judgmental, it’s not. I’m actually criticizing myself, you see. I guess I could best put it this way.

“Hi, my name is Dave, and I am a recovery church ‘country club’ member.”

Honestly, I used to be pretty self-righteous myself. I could point my finger and quote the rules with the best of them. Then life kicked the stuffing out of me to the point where only Jesus could pick up the pieces. So I tend to be a lot more merciful right now, since I can remember how much I needed God’s mercy.

But for all the church Country Club members out there, here’s one quick Bible quote for you. In Revelation 3:20, we actually see Jesus on the outside of the church, asking to come in. That’s right—the Christian country club had actually locked out it’s very founder, Christ himself!

When I used to read that passage, “Behold, I stand at the door and knock…,” I arrogantly assumed he was talking to non-Christians. But the book of Revelation is addressed specifically to believers. So it is the Church itself who most often keeps him standing on the outside of our doors, waiting there in line with all his sketchy-looking friends.

But be careful. Revelation also warned that Christ would come and “remove our lampstand” (meaning we would no longer truly be a church) if we did not return to our first love. That first love is Jesus, and he refuses admittance to our lives, and to our churches, without us allowing in all his motley-looking friends—the hurting and broken around us.

Fortunately, there are many churches who not only look like a church, they act like it as well. Unfortunately, there are quite a few who fool people with a steeple and a pulpit on the platform, but who’ve truly left Christ and his followers outside their doors. The key is to make sure you belong to the real thing and not just an empty building dressed up like a church.

You’ll know the difference by whom they embrace. If it is only the clean and holy, you’re not at the right place even if they have immediate seating available.

Whether or not you’re attending a “real church” may actually go against popular conviction. Sometimes, “if it walks like a duck and quacks like a duck,” it may still turn out to be a turkey!