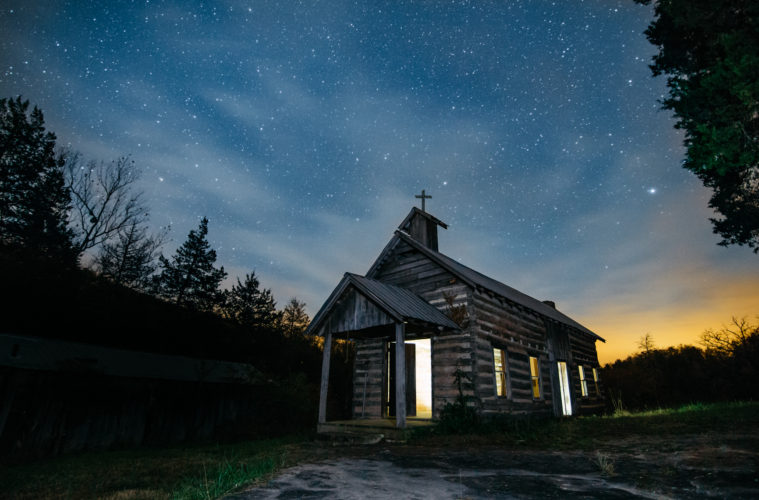 … I love them, but some church people scare me

When I first started pastoring, I wanted everyone to come to my church. Now? Not so much.

By the way, I use the term “my church” to refer to where I happen to be the pastor, not that I own the church. Amazingly, there are churches which are dominated by a pastor. But no man should truly “own” a church. The church should belong to the Lord and to his people.

Any church dominated by one man should be called by its correct name – a “cult.” I’d suggest you avoid those at all costs.

Anyway, I soon found, after about a year with quite a few people coming in…and occasionally a few leaving out of our doors, I really didn’t want everyone to stay. I know how that sounds—a pastor should love everyone, right? But just because I love someone doesn’t mean they belong at the church I pastor.

In fact, I believe Satan sends some folks to a church with the specific intention of ripping it apart. That doesn’t mean the person is intending to cause damage. But there are several people who will bring destruction no matter which church they attend.

While I’m sad to see anyone leave my church, I’ve learned to see these few “impossible people” walking away as a positive, not a negative.

So here’s my list of the folks I’ve noticed that no pastor is sad to see walk out his back door.

When I started our new church we got people from all over the map, both geographically and theologically. We had people who would come and think because we’re a new church, we’d offer them some experience they’d never seen before, or that I’d teach some new revolutionary doctrine they’d never heard before.

Note: Again, if a pastor teaches something you’ve never heard before (and you’re over 12 years old), you’re probably in a cult. If so, see paragraph 3 above and follow the directions.

In our first couple of years, I noticed a lot of people showing up who were more interested in me conforming to their theology than learning what theology I was already teaching. I remember one guy who told me point-blank, “Dave, I’m just praying for the day you get up in the pulpit and start speaking in tongues!”

I looked back at him and said something like, “Well, since the apostle Paul actually warned me in First Corinthians against doing that during public worship, you’d better be praying hard, Buddy.”

It’s simply arrogant to expect to change a church’s theology. It shows no respect for the people already worshipping there or nor for the pastor leading it. So it’s okay with me when they head over to the other church where the pastor’s promising God will give them a new Buick if they’ll only just tithe. Those folks would never be happy with my preaching…and I’m fresh out of Buicks.

This lady comes to your church because her last church didn’t care enough about them personally (she says). The church was too big or the pastor wasn’t accessible to “the little people”—something along those lines. So now, she’s stopped in to give you a shot because she senses your church “really cares.”

When people say that, it at first makes me happy—I want people to see us as a caring fellowship. And there are some churches which are indeed cold, or prejudiced, or snobbish and don’t care for the spiritual needs of people as they really should.

Since this new attender makes it clear immediately she’s been “hurt deeply” by her former church, this makes a pastor work hard to not be “that church.” You want to prove to her that her former bad experience was the exception to the rule, and that most churches really do love and care for people…

…except for the fact that her negativity and unreasonable expectations are why people in her last church avoided her like the plague. They soon realized they didn’t have enough time or energy to make her happy.

Unfortunately, Jesus himself probably wouldn’t make her happy either.

Bottom line; this person can never be given enough attention. In fact, every request for help is really a never-ending test for you to prove you love them over and over again. And then, the bar gets raised higher…and higher…to the point where they’d have to set up camp in my backyard to get all the attention they say they need from me.

That’s when you realize you can’t help her. And then she goes to the next church and tells them about how your church was too big and didn’t care about them, and the pastor was too important and inaccessible…

…you know, all the things they told you about their previous church.

This friendly couple usually shows up telling me what great experienced teachers of the WORD. They say they’re your “humble servants” and would just love to “come along side you” and help you minister to people.

At first, you’re excited because good pastors are always looking for leaders. Most pastors who’re really doing their job are, honestly, exhausted. Everything is on their shoulders. So the thought of experienced teachers coming in who are spiritually mature and willing to take some weight off me is a Godsend!

…until you realize what they really want is not to support you but to use your forum to boost their own significance and prominence.

…until they keep doing things to draw attention to themselves that distract people from the work God is already doing.

…until you realize that if they had such great skills of leadership or teaching, they’d probably still be doing it in their last church.

In truth, they really left their last church because it couldn’t satisfy their insatiable egos. And neither will yours.

…or when you don’t brag on them publicly quite enough

…or when they find someone else gullible enough to give them a bigger forum than you will,  they’ll quietly slip out the back door and head to their new church home, just to play the same scene all over again.

So if you’re one of those people I just described, I do pray for God’s best in your life but please keep driving when you pass by my church. If you stop in, you won’t be happy and I’ll be a huge disappointment to you as a pastor—I promise.

That might just be because God himself is trying to change something in your life, and you’re stiff-arming him. That’s the very reason you’re having continuous conflict in church after church. And if every church is “failing you,” clearly you’re not really listening to God no matter whom he chooses to speak through.

God speaks through his churches—messed up, imperfect collections of people led by weak, limited pastors like me. So how about getting things right with the church you’re attending now, before bringing your bag of “spiritual garbage” and dumping it on someone else?

Because if you can’t get along with any of God’s churches or pastors, you probably won’t be getting along with him anytime soon either!