Television Remotes Are A Problem

I remember when my Dad was sick with cancer. There were hard days, and there were sweet days. He made me laugh and cry all at the same time. He was special! He was also a huge lover of television. Nothing made him happier than having a Diet Coke in one hand and the remote control in the other hand. He would then flip from show to show to show.

As his cancer advanced, he developed dementia to a small degree. This dementia kept him from handling the remote quite as quickly and efficiently as he was accustomed to. Then the phone calls began. “Carol, will you come over? I can’t get the television to work.” Of course, I was happy to do so for the FORTY-SEVENTH TIME! Pop Pop had pushed all the wrong buttons, and the television wouldn’t even come on! 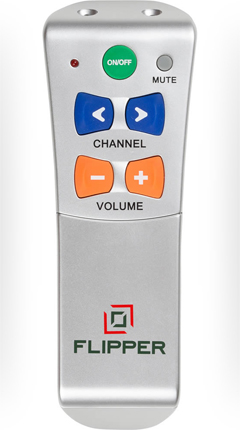 I recently had a client purchase this senior friendly remote control for her 103 year old mother. It is wonderful. The only exposed buttons are those necessary for normal television viewing. The remaining buttons are covered behind the shield at the bottom of the remote. It takes a strong hand to squeeze the sides of the remote to lower the shield and expose the buttons needed to program the television. Once this is accomplished, the shield is slid back into place, and the buttons that remain allow for easy television viewing. Pretty neat!

Thirty dollars is a great price to bring less stress to both our loved ones with dementia and US! Don’t you wish all of life’s problems could be so easily corrected?

Click here to order your own FLIPPER BIG BUTTON REMOTE.

Hope that gives you Something To Ponder.