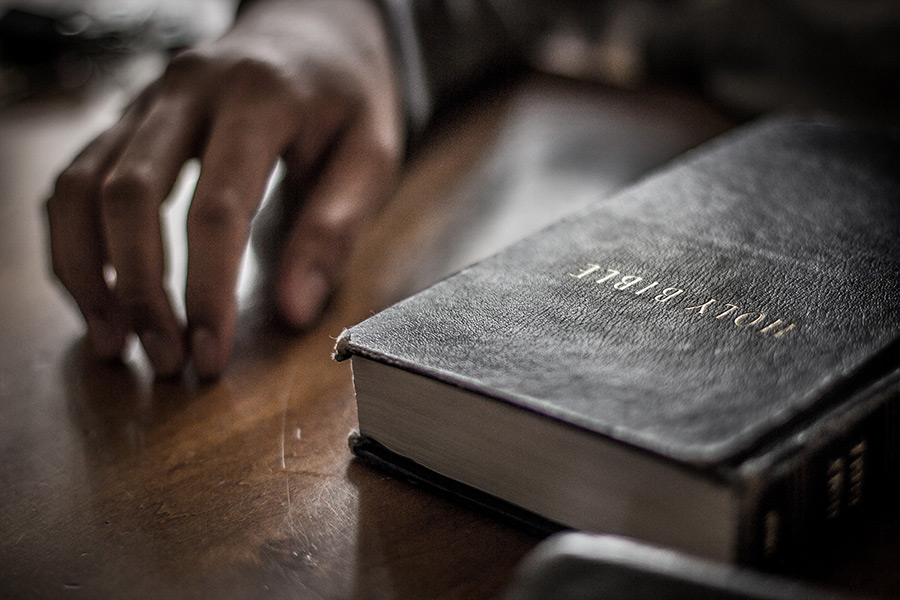 To Judge or Not to Judge

Perhaps cited more than any other passage from the Bible in relation to the question of church discipline is the command of Jesus, “Judge not.” The injunction is found in two different forms in the Gospels:

Do not judge, or you too will be judged. For in the same way you judge others, you will be judged, and with the measure you use, it will be measured to you.
-Matthew 7:1–2

Since the popular phrase “judge not” enjoys in public discourse the free-floating imprecision and ambiguity of separation from its biblical roots, it may be and regularly is applied to all sorts of homemade wisdom about refraining from evaluating the opinions, attitudes, and lifestyles of other people. As such, it’s nearly always misquoted in support of a vague tolerance.

We’re all familiar with sentiments such as these:

None of us wants to appear the stereotypical, pointy-nosed, boney-fingered magistrate who stands above everyone else in frowning disapproval and condemnation. But the above statements are usually far from what the New Testament is attempting to communicate and, if not understood as intended, can even become dangerous to the health of church and society.

Initially, in view of the overall evidence of the New Testament, two things can be said with confidence: First, Jesus himself couldn’t have meant what the usual misquote suggests. Second, the other writers of the New Testament mark out for us the boundaries of the injunction not to judge others.

It’s clear that Jesus was opposing the sinful attitude of censoriousness and self-righteousness. He resisted the mindset of those who looked upon themselves as firmly within the requirements of God and upon others as wholly worthy of rejection by God. Their judgment contained an unjust sentence upon others.

If you compare some of the ancient Rabbinic literature with the Gospels, you’ll observe the most appalling self-righteousness of the spiritually proud and judgmental, and notice the same spirit amid the churches of every generation since. The stench of spiritual pride has a long history. That Jesus didn’t intend a blanket prohibition of all assessment and evaluation of others is clear by his own withering denunciation of these proud persons as well as the spiritually blind, merciless, dishonest, and self-satisfied (Mt. 23:1–36).

What we find in other New Testament writings is in line with Jesus’ attitude. We’re told not to present ourselves as the standard by which to measure others (Rom. 14:1ff.). Rather, we’re not only permitted but also required to exercise judgment and discrimination in the light of God’s revealed standard. Yet we’re frequently held back from making any evaluations of other people’s behavior just because we’re painfully aware of our own sins and shortcomings.

We’re not to base any of our judgments upon ourselves but upon the standard that exists apart from any one of us—the absolute standard of God under which we all live and to which we all are accountable. We’re not to shrink back from making judgments just because we’re honest about our own sins. The criterion isn’t our obedience, our righteousness, or our goodness, but the revealed will of God. The apostle Paul was very aware of his own faults and failures, yet he exercised his responsibility of passing judgment with absolute confidence and clarity:

Although they know God’s righteous decree that those who do such things deserve death, they not only continue to do these very things but also approve of those who practice them.
-Romans 1:32

Even though I am not physically present, I am with you in spirit. And I have already passed judgment on the one who did this, just as if I were present.
-1 Corinthians 5:3

But now I am writing you that you must not associate with anyone who calls himself a brother but is sexually immoral or greedy, an idolater or a slanderer, a drunkard or a swindler. With such a man do not even eat. What business is it of mine to judge those outside the church? Are you not to judge those inside? God will judge those outside. “Expel the wicked man from among you.”
-1 Corinthians 5:11–13

If anyone does not obey our instruction in this letter, take special note of him. Do not associate with him, in order that he may feel ashamed. Yet do not regard him as an enemy, but warn him as a brother.
-2 Thessalonians 3:14–15

Lest Paul be thought the dogmatic and judgmental exception to the rule, further sample passages may be cited:

Likewise the tongue is a small part of the body, but it makes great boasts. Consider what a great forest is set on fire by a small spark. The tongue also is a fire, a world of evil among the parts of the body. It corrupts the whole person, sets the whole course of his life on fire, and is itself set on fire by hell.
-James 3:5–6

Dear friends, do not believe every spirit, but test the spirits to see whether they are from God, because many false prophets have gone out into the world.
-1 John 4:1

If anyone comes to you and doesn’t bring this teaching, do not take him into your house or welcome him. Anyone who welcomes him shares in his wicked work.
-2 John 10–11

Dear friends, although I was very eager to write to you about the salvation we share, I felt I had to write and urge you to contend for the faith that was once for all entrusted to the saints. For certain men whose condemnation was written about long ago have secretly slipped in among you. They are godless men, who change the grace of our God into a license for immorality and deny Jesus Christ our only Sovereign and Lord.
-Jude 3–4

Even a casual survey of the New Testament reveals that Christians are encouraged to rebuke, to correct, and to pronounce judgment where necessary. They are even scolded in cases where they have failed to judge others when they should have! (See 1 Cor. 5:13.)

Also, the phrase “distinguishing between spirits” (1 Cor. 12:10) is meant to enlist the Holy Spirit’s help in making spiritual and moral judgments in the life of the church. Such language assumes that the believer will be involved in the necessary business of prudent judgment.

The desire to single out the phrase “judge not” as summing up the teaching of Jesus comes from the spirit of wishy-washy-ness which has permeated the Christian community. This philosophy champions a three-fold message that:

This leveling of values has little to do with the strong sense of truth to be fought for and behavioral standards to die for which fill the pages of the New Testament.

To be sure, the impulse to evaluate and make judgment calls can become so extreme that it seems to discredit the concept itself, as it inevitably does in a fallen and imperfect church. Church history is replete with embarrassing examples of discipline taken to the extreme. For those of us coming from an environment of legalism and its cousin self-righteousness, we may be very slow in coming around to the idea of making judgments in the church. But maybe it’s time for the pendulum to swing back toward the center. The answer is balance. Each generation must determine anew where the equilibrium lies.

The other alternative—an absolute absence of discrimination and a feeble toleration of everything—is as great a danger to church and society and proves equally lethal in its consequences. We may be very reticent to enter into the business of making judgments, but we should be at least as squeamish about feeling no outrage at the injustice suffered by others.

The Christian is called to a twofold role of judgment and non-judgment. To the weak, disheartened, confused, and troubled persons who struggle and limp through life’s problems, the true disciple is called not to blindness toward such people, but to long-suffering patience and sympathetic help in full recognition of their own sin and God’s forgiveness.

In Pastor Matt’s church, due to the evangelistic energy of one of his female deacons, a group of about five or six prostitutes started attending his church’s worship services. They always stayed in the back of the sanctuary, but they joined in the hymn singing with enthusiasm and listened intently to every word of his hope-filled sermons. Week after week, they arrived with keen interest to find out what Jesus could do for them. Pastor Matt was thrilled that he had the kind of church that would attract and hold such people. This was just what Jesus would want. Then one day, while they were tightly huddled together sipping coffee during “fellowship hour,” one of the saints of the church approached them and said, “Your kind doesn’t belong here.” They were never seen again.

But this is exactly the “kind” who did belong there. For such wounded, hurting, and stained people who enter the church, we need to be ready with tons of grace—grace in abundance, grace beyond everyone’s expectations or recommendations, outrageous grace.

However, in the face of injustice, cruelty, open lies, and half-truths, in a world of religious deception and false ideas, the Christian is called to resolute resistance, vigorous opposition and visible outrage, and is to be armed with shrewd discrimination and judgment.

Returning to the text and its application to church discipline, the phrase may best be translated, “Condemn/damn not,” rather than, “Judge not.” We have no occasion or right to condemn others, but we do have the right and the obligation to exercise judgment in the church. We have the task of determining and carrying out earthly consequences for the welfare of the toxic members of the church as well as for the overall health of the body of Christ.