The Church is NOT the Body of Christ!

The reasons why are pretty simple.

However, as far as the church being the Bride of Christ goes I found that the biblical references are weak. They’re mostly metaphors and similes. The writers never really come right out and say the church is the Bride of Christ. It’s alluded to it, almost symbolically, but they do not state it directly.

When I would discuss my grievances with other friends and colleagues, they would often point out that husband and wife are one flesh (Gen 2:24), and that this is how the church can be both the body and the bride at the same time. However, I did find one issue with that point of view: There has to be consummation and, as far as I know, there hasn’t been a consummation between Christ and the bride yet.

Ancient Jewish Wedding 101
When a Jewish man found a woman he liked (or sometimes his father would pick one of him), he would approach the young lady with a marriage contract (a covenant). In the contract were laid out the legal terms in which he would propose marriage.

The most important part of this contract was the bride’s price. The bride’s price was the amount that the bridegroom was willing to pay the girl’s father for her hand in marriage. Daughters were considered to be sort of a liability back in Biblical times because they couldn’t do as much farming or heavy labor. So the bridegroom, more or less, paid a bride-price to the father as a token of appreciation for doing such a great job raising her and preparing her for marriage. The bride-price had to be costly. It had to be steep. It had to be sacrificial. It was a token of the bridegroom’s love for his bride.

If the bride agreed to the contract then the bride and bridegroom would drink a cup of wine together sealing to contract. It was at that moment that the bride was considered espoused to the bride groom. It’s similar to what we would consider engagement, but this technically made them legally married, however, they weren’t one flesh, yet.

From there, the bridegroom would leave to go and prepare a place for her. He would return to his father’s home and would spend about a year building and preparing the bridal chamber. It was up to his father to approve of the bridal chamber and determine when it was completed. If someone were to ask the bridegroom when the big day was, he would simply respond, “Only my father knows!”

Meanwhile, the bride waits. And she waits. And she waits some more. What she’s waiting on is for her bridegroom to finish construction of the bridal chamber. Once his father tells him it’s complete, he comes in the middle of the night to get her, to snatch her and her bridesmaids away. They have to be ready at all times, with oil in their lamps and their wicks trimmed. They don’t know when he may appear for them.

When the chamber is complete, the father informs the son to go and get his bride. The bridegroom then takes with him his groomsmen. They go in the middle of the night to snatch the bridal party away. They announce the arrival of the bridegroom with a shout, giving the bridal party time to grab their lamps and leave.

Once the bride, bridegroom, the bridesmaids, and the groomsmen return to the father’s house, the bride and bride groom go into the bridal chamber alone, and the door is shut. Nobody can enter.

Meanwhile, the father of the bridegroom assembles the wedding guests. However, the celebration doesn’t start right way. The marriage has to be consummated first. The friend of the bridegroom stands next to the door of the bridal chamber, waiting to hear from the groom that the marriage has been consummated. At that moment, the friend of the bridegroom would goes and announces it to the wedding guests. At that moment, they feast for seven days while waiting for the bride and groom to come out of their wedding chamber. This feast is called the “marriage supper.” Once the marriage supper is complete, husband and wife would leave and go to their own home, where they begin their life together.

Why the Church, the Body of Christ, isn’t the Bride
Genesis 2:24 says, “Therefor shall a man leave his father and his mother, and shall cleave unto his wife: and they shall be one flesh.”

Jesus has yet to leave to his Father to come for his bride. And he has yet to cleave unto his wife, consummating the marriage and making it official. As of right now, Jesus and his bride are not one flesh. So the Body of Christ and the Bride of Christ cannot be one and the same.

In this current state that we’re in, the church is simply just the Body of Christ. We are his arms, his legs, his feet. We are made up of many different parts, but we’re still one body. And Christ, himself, is the Head over the body.

Contrary to what you may have been taught we, the Body of Christ, are not the Bride of Christ.

Now one could say that the Body of Christ is the espoused-bride of Christ since the marriage hasn’t been consummated yet. That statement may be true but only in part. It doesn’t apply to the whole. We’re talking about the entire Body of Christ, here! Please continue reading and I’ll explain!

Who is the Bride of Christ?
In Revelation 21 we see the Bride revealed. The description of it is amazing! From the foundation of the city to the gates, the stones, the jewels. Everything about Her is beyond marvelous & beyond compare! She is absolutely beautiful! And she has a name: New Jerusalem.

This final point will tie everything together.

“So the Lord God caused a deep sleep to fall upon the man, and while he slept took one of his ribs and closed up its place with flesh. And the rib that the Lord God had taken from the man he made into a woman and brought her to the man. Then the man said, ‘This at last is bone of my bones and flesh of my flesh; she shall be called Woman, because she was taken out of Man.’”

Today, the Church has fallen asleep. And I’m not just talking about the Church in the United States. I’m talking about the Body of Christ as a whole. The sleep it’s in is getting deeper & deeper. Pretty soon God’s going to open the Body up & pull out a rib. The rib that God pulls out will be Christ’s Bride.

Such a small part of the Body, isn’t it?

This is why I stated earlier that the entire Body of Christ cannot be the espoused-bride of Christ. There is a part of the Body that is espoused to Christ & it’s the rib! 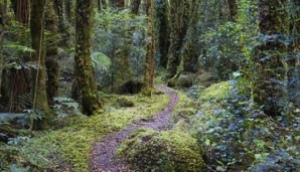 Notice the words “many” and “few” in those scriptures? If you are a believer in Christ those two words should scare the hell out of you!

Let’s look at another passage here in Matthew 7. This is verses 21-23. Jesus says:

Once again do you notice the word “many”? Please pay attention.

That should scare you.

As a matter of fact He says “many” will come unto Him on that day, and He will tell “many” Christians on that day, “I never knew you; depart from me, you workers of lawlessness.” These are Christians who have done great things in His name. Many Christians.

It is time to get serious with God! It is time to for you to make sure you are doing the will of the Father and not just what you think the Father’s will is, like the “many” Jesus was referring to in Matthew 7:21-23.

Are you going to be the rib that God is going to take out of the Body of His Son for His Son’s Bride? Or are you going to be left behind with the “many” who thought or assumed that just because they called Him, “Lord, Lord!” that they were the Bride & that Christ was returning to come and get them?

Come on Church! Let’s stop playing Church & be about the Father’s business! Time is running out, quickly!

Eric Johnson
Eric Johnson wears many hats! Husband, father, organic church planter, pastor, preacher, conference speaker, worship leader, songwriter, cancer survivor, and a semi-retired professional stand-up comedian, Eric has been really blessed over the years to have the following artists close the show for him: Hawk Nelson, 7eventh Time Down, The Josh Gilbert Band, and Shinebright. Eric makes his home in majestic mountains of Bristol, Tennessee, with his amazing wife, Crystal and their son, Kyle. Follow him at @EricIsGuitarted.

Psalm 23 Series for the 21st Century: When Enemies Strike