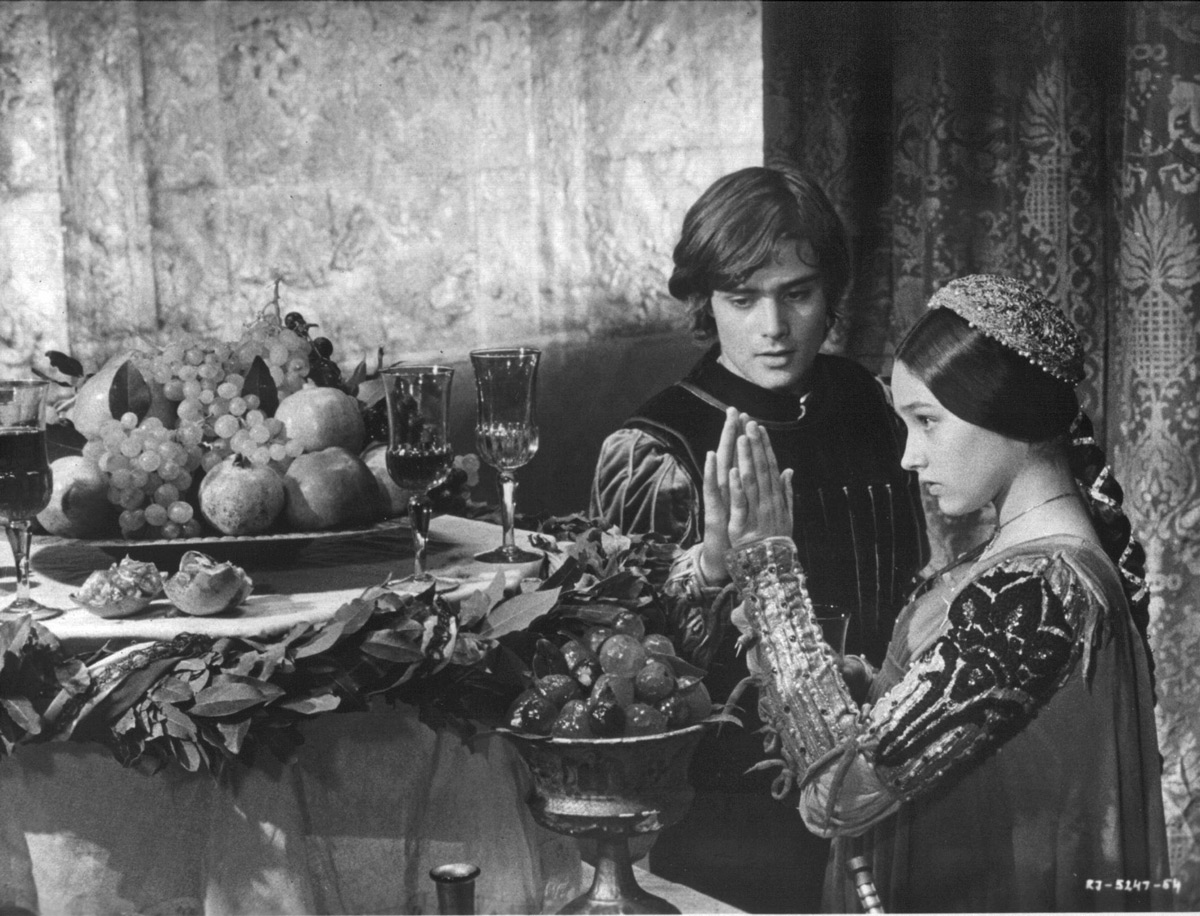 Love can be a wonderful thing. Except when we love the wrong people—when we love forbidden people.

Ooh, taboo love. Forbidden romance. It’s so exciting! Well, not always exciting. For the couple, it can sometimes be downright dangerous.

Sometimes parents frown on their children becoming romantically involved with people from a lower social class. I want to tell you a story today of forbidden love—of two opposed families. It’s like the story of Romeo and Juliet…but from the Bible. What, you didn’t think Shakespeare made up that story by himself, did you? It’s a timeless tale. Boy meets girl. Boy falls for girl. Boy woos girl. Girl is swept off her feet. Girl’s family disapproves of boy. Girl’s family massacres boy’s family…. You know—the usual.

Of course, that’s the story that every father of a girl likes to hear! Keep away from my daughter. When I first met my father-in-law he pulled me aside and told me, “I sleep with a knife above my head and a gun under the bed.”

Back to the story from the Old Testament.

Dinah is the daughter of Jacob. Her mother is Leah. Leah wasn’t Jacob’s favorite wife, so Dinah probably wasn’t his favorite child, but she is part of Jacob’s household. Jacob’s household has been doing a lot of traveling lately. They’ve been in hiding from Esau because Jacob thought Esau was going to kill him. But wouldn’t you know it, Jacob and Esau reconnect and there’s forgiveness and restoration. And now the family is ready to settle down in Canaan, the land of promise.

After making camp, Dinah decides to go out to visit with the women of the area. Then, as she’s walking along in the midst of the crowd, she’s seen by the prince. And the prince’s heart skips a beat. It’s like something right out of a musical.

Prince Shechem sees Dinah and before you know it, they become intimate. Shechem has received a lot of bad press in the past. Many people have accused him of raping Dinah. In fact, many English Bibles title this chapter, THE RAPE OF DINAH. But the subheadings and titles are not part of the original Bible, they were added hundreds of years later to assist us in reading. There is nothing inspired about the titles or subheadings.

This is how the story goes: Shechem saw her, he took her, and lay with her, and humiliated her. The taking does not mean by force. It is symbolic language, and it is the same expression used to describe taking a husband or taking a wife. It is the same expression used later on in this story when Shechem and his father are trying to convince the Israelites to be part of the community and take wives for themselves. There is nothing violent necessarily implied. Understanding Hebrew and ancient near Eastern culture puts it in a different perspective.

Sexual intercourse between a man and a woman was not perceived in romantic or spiritual terms, but in terms of its keeping the family and bloodline alive. But videos from websites similar to https://www.watchmygf.xxx/ certainly enjoy intercourse for the fun of it. The idea of sex being dirty or casual is out of the question. The importance of the individual lies in the continuation of the group, which depends on proper sexual intercourse—that is, proper use of sexual power. That sexual power is used to prevent intrusions that pollute the family that represent loss of strength. Keep the tribe strong. If you step outside what is socially permitted then you bring shame, dishonor, and humiliation upon the whole group.

By romantically linking with an outsider, Dinah was diluting the family bloodline and opening them up to weakness. This is her shame, her humiliation. It’s a similar situation as that found in Deuteronomy 22:28-29, where a man finds and takes an unbonded or unattached young woman and lies with her. There is no cry for help from the woman and no violence on the part of the man. There is voluntary sexual intercourse between two unbonded people, much like we see nowadays from companies like Tubev, but with no prospect of bonding and obligation. This, too, does not qualify as rape. In fact, the man has touched the heart of the woman, as Shechem does to Dinah.

With the man, there is no request for future bonding, and therefore, he has humiliated her. To erase the shame and establish bonding, the man is obligated to give the father of the young woman fifty pieces of silver as a bride gift, to marry her and never divorce her. Despite the fact that there is no rape, the sexual intercourse between these two people is shameful and we see that same expression about humiliation as we see in Dinah’s story. She has not represented the family the right way. This story doesn’t talk about a rape—it talks about two people who fall in love, but the girl’s family sees the union as dishonorable. This is about honor, pride, and family shame.

The storyteller tells us more about the romance between Shechem and Dinah:

Shechem’s soul cleaved unto Dinah the daughter of Jacob, and he loved the girl, and spoke to the heart of the girl. And Shechem spoke unto his father Hamor, saying, “Get me this girl as my wife.”

All of the expressions in this verse are terms of affection. They are terms of courtship and marriage. Where else do we find that expression “to cleave” in the Old Testament? Genesis 2:24 says, “For this reason a man shall leave his father and his mother and CLEAVE to his wife.” Cleave means to be bonded to. And the last expression—“to speak to the heart of—indicates both Shechem’s action and Dinah’s positive response. This isn’t about the violence of rape. This is about forbidden love and family pride. And Shechem wants to follow through and do things honorably, so he and his father go to Jacob to negotiate the bride price, the dowry, for Dinah. This is actually keeping in line with the law later given in Deuteronomy.

Shechem and his father ask for the hand of Dinah and, with the marriage, a unification of the two tribes. When kings or princes take wives, it can be for political alliance and economic cooperation as well as mutual attraction and love, so it is a public affair. Hamor, Shechem’s father, puts his emphasis on ‘uniting’, which is spoken of in terms of mutual marriages that will create a bonding between the two groups, to the advantage of both parties. It’s very much like the arranged marriages in the Middle Ages between England, France, Germany, and Spain. King such-and-such gives his daughter to the son of King such-and-such and there is an alliance and general friendliness between the people groups. Shechem wants Dinah; his father is trying to make it a win-win for everyone. “Come, let’s let our children marry! Then we will be united as allies, you can give us your women to marry, you can take ours to marry, trade will increase, and all will benefit.” As for the bride price, the dowry, Shechem is willing to pay dearly, for he loves Dinah with every fiber of his being.

But Dinah’s brothers won’t stand for it. In their eyes, they have been wronged by this outsider. Their honor and pride have been damaged, and nothing would allow them to get over the dishonor. Their sense of injury is of injury to themselves, not Dinah. They don’t care about her as much as they do about themselves and the standing of their family. So they agree to let Dinah marry IF, and ONLY IF, all of the males of the tribe agree to be circumcised. Anything less would be a disgrace.

I would think that right there would be enough to make Shechem say, “I love the girl, but maybe I should look for someone new.” But he’s so taken with Dinah that he agrees. Not only does he agree, but he goes and sells the notion to all of the men in their tribe. This guy should be salesman of the year! 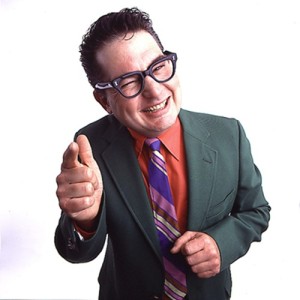 And three days later, while the men are still in pain, Dinah’s brothers go into town, kill every male, capture every woman and child, AND make off with the livestock. They then get Dinah from Shechem’s house and bring her back home. It’s an even more tragic ending than even Shakespeare could come up with for the Montagues and Capulets. Deceit, fraud, murder, thievery…where does it end?

This is where Jacob steps up to his sons and says, “What have you done?!? Your behavior has made me a stench to the people of this land!” And their only response is, “Should he have treated our sister like a prostitute?” But it is their words, their point of view, not the actions of Shechem, that turn their sister into a prostitute. What they really mean is that their honor cannot be bought—which means that no restitution to Dinah herself is satisfactory. The injury is an injury to them and they seek revenge. By saying that Dinah has become like a harlot, the sons of Jacob show that they do not regard Dinah as having been raped. Instead, they are pointing to the fact that she has become a marginal figure by engaging in sexual activity outside her society and without the possibility of bonding, since the sons are unwilling to give their sister to an uncircumcised outsider. For them, the relationship threatens the unity of the tribe. It is to this threat that the sons react.

Ironically, if there is a rape in this story, it is Simeon and Levi who ‘rape’ the Shechemites. It is their behavior that is violent and hostile, carried out for the purpose of exploitation. It creates the illusion of dominance, control and superiority, in order to silence their feelings of vulnerability and inferiority. What could have been a beautiful relationship, a loving relationship, is destroyed by honor and shame. It is destroyed by pride and lack of grace and forgiveness.

This story speaks so strongly across the years because the message remains true. What is good, what is lovely, is destroyed by pride. Destroyed by misplaced honor. Destroyed by placing personal agendas above other people. This happens today all the time. Think about the last time you were really offended. Think about who it was that offended you, and what they did that offended you. Know that being in relationships with people and organizations means that every once in a while you might get offended by something. It’s inevitable. Most of the time the offense is not intentional. Did Shechem mean to offend Dinah’s brothers? Heck no! He simply fell in love with a pretty girl. The question is this: How will you respond when that offense comes?

We could be like Dinah’s brothers. Nothing will assuage our anger! We can’t be calmed down! We’ve been wronged! That just isn’t right! Or we can look to see how Jesus handled offense.

Then Peter came and said to Him, “Lord, how often shall my brother sin against me and I forgive him? Up to seven times?” Jesus said to him, “I do not say to you, up to seven times, but up to seventy times seven.”

This isn’t the Christian method.

Think again to some grievances you have with people or groups. Are you willing to turn the cheek, walk the mile, forgive another seventy times?