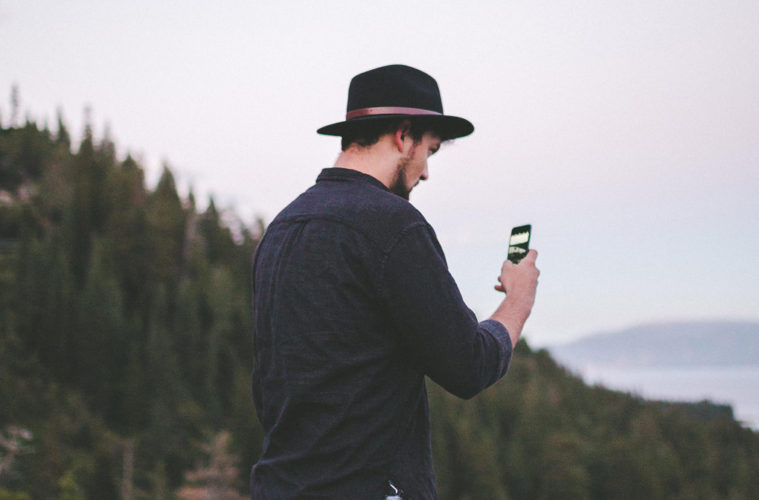 Solus Christus — Unreasonable Jesus: The Audacity to Be Completely Closed-Minded

The problem with Jesus is he’s just so doggone unreasonable.

One of the basics of my faith as a Protestant Christian is Solus Christus—that salvation is available to us only through the atonement (payment for our sins) of Christ and no other vehicle. While this doctrine didn’t get the attention the Reformers’ cries of “only faith” and “only grace” received, “in Christ alone” was an essential part of their teachings as well.

But speaking personally, as a Baptist it’s a little tough for me to align myself in the same camp with a beer-guzzler like that Marty Luther character. I mean, seriously, a Christian who drinks alcohol? Next you’ll be telling me that public dancing and mixed swimming at youth camp is okay!

However, in my Baptistic dreams, I like to imagine he perhaps repented of his winebibbing near the end through some death bed repentance, finally seeing the light…

But my main problem is how close-minded this doctrine makes me look in our current cultural environment. You see, I’m trying to make myself seem reasonable to all these wonderfully open-minded secularists around me. And I have to be careful, because many of them are easily triggered by anything they disagree with or find offensive…

That’s why it’s awkward when a first-century prophet comes along and presumptuously declares, “Hi everybody. Guess what? I’m your only shot to get to God. Otherwise, no dice!”

But this is what’s so unreasonable about Jesus. He has the audacity to be completely closed-minded when regarding other’s opinions about himself. It’s as if he doesn’t care that many people…even millions of them…disagree with him on being the exclusive way to get to God.

How insensitive he is to their opinions! How narrow-minded, how intolerant! I mean, who does he think he is anyway?

The problem with opinions is that everyone has one. Nobody knows whose opinion is right, whose is wrong. We’re all just humans, so our understanding is limited. No one knows just who is right…

Unless you’re more than just human. Which is what Jesus claimed. Which if true, would make his opinion the only one that really matters.

That’s why Jesus is so offensive to so many. He dares to look at our cute little opinions and rationalizations and tip them over like a cosmic game of Jenga. In fact, he’s not concerned with our opinions at all, because he claims to know better.

Which is completely arrogant.

Unless you’re God. Then, not so much.

All this reminds me of a conversation I had recently that evolved into a theological smackdown. A young millennial friend who’d attended my church texted me late one night. I hadn’t heard from him in months, and I’d gotten the feeling he’d been wandering from God.

After a few awkward stabs at catching up, our talk quickly moved toward faith and my concerns about his relationship with God. On the phone, he argued:

“I still believe in Jesus, just not in the way you do.”

Turns out the “Jesus” he believes in is not the historical, 2000-years ago prophet walking the Middle East, who’s followers faithfully recorded him saying he was the one and only way to God.

No, this is not the one guy researched archeologically and theologically more than any other figure of history.

Nor is it the Jesus of whom the New Testament is the only verifiable record of his teachings.

No, not that one. You know? The other one. The more reasonable one we’d prefer. The one who doesn’t “make a big deal” about being the sole off-ramp from the highway to hell.

I’m talking about the other one who, if you remove all his deity, makes Christianity just one other option among many.

You see, my friend has always bristled when he heard things like the Reformers’ “in Christ alone” statement. And by his lifestyle, I also think he doesn’t like some of the things the biblical “Jesus” says he shouldn’t be doing.

So to remedy this conundrum, my friend did a very practical and creative thing. He simply created another “Jesus”. And he’s not unique in this—I know many people who’ve made their own “Designer Jesus”.

My friend’s “Jesus” never bums people out about their life choices, never makes demands of people, and never is so arrogant as to claim to be the only way to God.

But the problem for my friend is that, unlike the prophet from Nazareth, there’s no reason to believe his “Jesus” ever existed. At least, nowhere outside his own mind.

In fact, the one singular collection we have of his teachings states Jesus in fact claimed to be that singular way to God (John 14:6). He made this claim not just once by often, alluding to it in multiple ways (the door, the narrow way, etc). It’s evident he said this because that claim is why the Pharisees wanted him killed. They saw it as blasphemy for a mere human to claim to be the only avenue to the Father.

When it comes to who Jesus was and what he said, once you stray from the New Testament documents  you have wandered into Fantasyland.

Sorry, but Jesus is not a Mr Potato Head. You don’t get to remove his “angry eyes” and make him okay with your compromised values or your own personal truth. You don’t get to create him in your own image, but the other way around.

And re-imagining Jesus is quite a dangerous, irresponsible thing.

If you’re a racist, you could take this Middle-Eastern Jew and pretend he was a blue-eyed Aryan instead. Imagine the implications.

But his race and culture is not up for a make-over.

You don’t get to update his worldview to fit your contemporary, trendy values-of-the-moment. He’s not a Barbie you can change into My Malibu Barbie, or Teenage Fashion Model Barbie.

Also, if you disregard Jesus’ atonement (payment) for our sins, you also make the entire Old Testament sacrificial system little more than a celebration of animal cruelty. Millions of innocent creatures were slaughtered not to paint a indelible picture in the Israelites’ minds of how God would sacrifice Christ in our place, but really just for the fun of it.

Without Jesus, the Old Testament becomes just what the atheists accuse it of being: an archaic, barbaric record of irrational acts of cruelty, done in the name of an angry, bloodthirsty god.

Sorry, but Jesus is either who he said he was, or no one of any significance at all. Take him or leave him, but don’t dress him up like a doll for your tea party!

But if what he said is true, not only is there no other religion that will lead us to God, neither will our pitiful good works born from mixed motives get us to heaven.

That Designer Jesus you construct may make you feel better about yourself and the fate of others who don’t believe in him. But any Jesus pieced together with random parts is worse than a myth. He’s a monster.

But maybe there’s still hope for Jesus to change his mind about all this.

Maybe if we keep telling him how unreasonable he’s being, Jesus will realize that lots of people feel differently about him than he does. Maybe he’ll understand he’s not the only religious prophet out there. Maybe he’ll realize how insulting it is to say our goodness is not good enough to get us to heaven. Maybe he’ll finally come to understand that other people have different definitions for “truth” than his.

…unless he is in fact, in and of himself, the very definition of Truth. Then maybe we’ll realize we’re the ones who need to change, and finally stop playing dress-up with him.

For us to ever reach a holy God from such a great distance, we need Christ, the real and true Christ. And Christ alone.