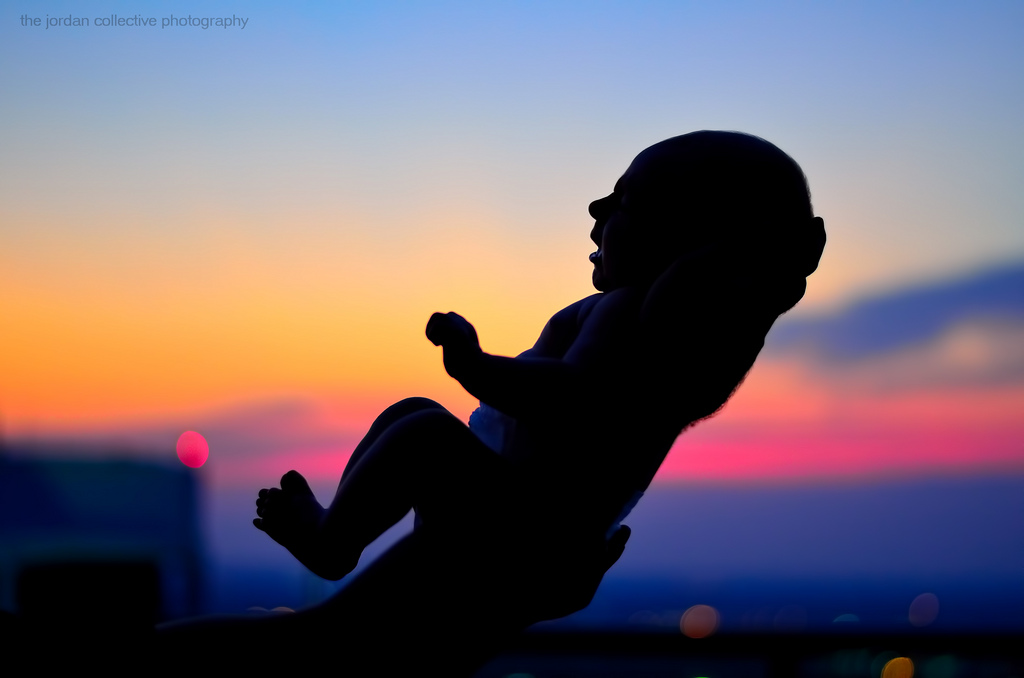 The Tragedy of Abortion – Part 2: A Biblical Survey

The Bible begins by affirming the sacredness of human life. Genesis 1:27 states:

So God created man in his own image, in the image of God he created him; male and female he created them.

Mankind is the only creation that is recorded in the Bible as being made in the image of God. This text teaches that not only was man created in this unique way, but God himself created men and women in this way. The Bible is clear that human life is sacred. However, the major question about abortion is not whether or not human life itself is sacred, but at what point does human life begin?

The Bible states that human life begins at conception. Jeremiah 1:5 begins by recording these words from the Lord to the Prophet Jeremiah: “Before I formed you in your mother’s womb I knew you.” This simple statement alone speaks volumes concerning the unborn. First, the Lord is stating that he intimately knew Jeremiah before the process of forming began to take place in his mother’s womb. Secondly, it was God who did the work of forming Jeremiah in the womb. God, of course, used biological processes in his development; nonetheless, God is still the one taking credit for Jeremiah’s development in utero.[1]

One of the most helpful passages of Scripture dealing with the personhood of the unborn is Psalm 139:13-16 – the section of the Psalm which says, “For you formed my inward parts; you knitted me together in my mother’s womb.” This section shows the psalmist giving praise to God for his active work of forming him while he was an unborn child. The psalmist goes as far as saying that God “knitted” him together. This language clearly refers to the level of intimacy involved in the process of fetal development. To knit, you must have your fabric, and you must use your hands to develop the fabric into an actual garment. In this case, the Bible says that in a similar way, God is active during the process of growth that takes place with an unborn baby.

The Psalm goes on to say, “I praise you, for I am fearfully and wonderfully made. Wonderful are your works; my soul knows it very well.” In this passage, the psalmist is praising God for the awesome work of development that takes place within the womb. As a person considers the reality of how a sperm fertilizes an egg, becomes a zygote, and develops rapidly as an embryo into a fetus, they should be led to worship and awe. However, the very language that the Bible uses which should motivate awe and worship have become the language that is used to dehumanize the unborn. It is common for a person who has engaged a proponent of abortion to hear the argument, “It’s not a baby, it’s just a fetus, embryo, or blob of tissue.”

In verse 15, the Psalmist continues, “My frame was not hidden from you, when I was being made in secret, intricately woven in the depths of the earth.” In this passage, the psalmist is using poetic language to describe other aspects of God’s activity on him before he was born. The psalmist’s “frame” is most likely talking about his skeletal structure; however, the emphasis of this passage is that God was doing his work inside of the psalmist’s mother’s womb when no one else could see. The writer says that his frame was “not hidden from you (God).” He then acknowledges that he was being made in secret as if he was in the depths of the earth. The amazing aspect of this passage is that people now have the technology to see how this hidden work takes place. Humanity is in an age of technological advancement, and so we can see this process in far greater detail than the psalmist could have imagined. However, with all the technology that has allowed us to peer into the previously hidden work of God, many still deny the personhood of the unborn.

In verse 16, David concludes this section by recognizing how intimately God is involved in his life, in the most ultimate sense. David says, “Your eyes saw my unformed substance; in your book were written, every one of them, the days that were formed for me, when as yet there was none of them.” In this passage, David is acknowledging that God was not simply forming him, but God was also plotting out all the future days David would experience even before he was born. This entire passage of Scripture provides a clear defense for the sanctity of unborn life. David is telling us in this psalm, through the Spirit, that the process of growing in the womb is a marvelous and awesome miracle that God himself is superintending.

There are several biblical considerations that must be made as we seek to counsel those considering or who have already had an abortion. The first among these considerations is that we should not be surprised by their sin or desire to sin. We should be burdened and alarmed, but we should by no means be shocked or surprised. The Bible tells us about human nature and the darkness of the human heart. Christians should never be surprised by sin.

Genesis 6:5 tells us, “The Lord saw that the wickedness of man was great in the earth, and that every intention of the thoughts of his heart was only evil continually.” This passage informs us that after the curse, the hearts of people became corrupt and that the thoughts and intentions of their desires are always to pursue what is wicked. With this text in mind, as we seek to counsel those dealing with abortion, we must recognize that their sin is nothing new and that their desires, though an affront to the Lord, should be expected considering their unconverted state.

We also should not be surprised when those having an abortion or performing an abortion do not recognize the wickedness of their own sin. Jeremiah 17:9 states, “The heart is deceitful above all things, and desperately sick; who can understand it?” This passage teaches that the hearts of unbelievers are so deceitful that they can truly be convinced of the goodness of something and yet at the same time be deceived and actually do that which is evil. Someone can believe with all their heart that they are defending the equality of women in advocating for their right to choose and yet in reality be spending their lives doing evil and pursuing what is wicked and even demonic.

Another biblical consideration is to recognize that there is true demonic spiritual warfare taking place within the lives of those involved in abortion. We see an example of this in the story of Moses’ birth (Ex. 1:8-22) and in the story of Jesus’ birth (Mt. 2:16-18). In both of these situations, it is clear that there is a spiritual battle going on. God promised that he would bring salvation into the world through the seed of the woman. In both cases of Moses and Jesus, we see a demonic attempt by the seed of the serpent to try and eliminate the woman’s seed of promise. Satan goes so far in both cases that he kills numerous infants just to get to one. From these passages, we can conclude that there is very likely a demonic element to the abortion movement. In these two biblical instances of mass infanticides, both infanticides were supported by the government, both involved the killing of innocent children, and both were considered evil acts.

As these two narratives are observed, there is a clear and interesting contrast between how the kingdom of darkness deals with children and how the kingdom of light does. Jesus frequently tells his followers that they must have faith like that of a child (Mk. 10:15, Lk. 18:17). In Matthew 19:12 the Scriptures state, “Then children were brought to him that he might lay his hands on them and pray. The disciples rebuked the people, but Jesus said, ‘Let the little children come to me and do not hinder them, for to such belongs the kingdom of heaven.’ And he laid his hands on them and went away.” What is demonstrated in the Gospels is that Jesus loves children and cares for them deeply. He was the defender of children and sought to recognize their value even when those closest to him may not have necessarily seen it.

Biblically, we must also remember that there is tremendous hope for those who repent of their sins dealing with abortion. Jeremiah 31:33-34 says,

“For this is the covenant that I will make with the house of Israel after those days, declares the Lord: I will put my law within them, and I will write it on their hearts. And I will be their God, and they shall be my people. And no longer shall each one teach his neighbor and each his brother, saying, ‘Know the Lord,’ for they shall all know me, from the least of them to the greatest, declares the Lord. For I will forgive their iniquity, and I will remember their sin no more.”

The final sentence in this passage says, “For I will forgive their iniquity, and I will remember their sin no more.” There is great hope for those who have had or have performed abortions. They are not left to the judgment of God without any hope. The glorious Gospel of Christ offers them forgiveness and salvation from their sin if they confess, repent, and look to Jesus. Abortion is a serious sin against God, but Jesus welcomes all sinners who trust in him. We must always remember that no one is beyond saving, and no sin is greater than God’s mercy.