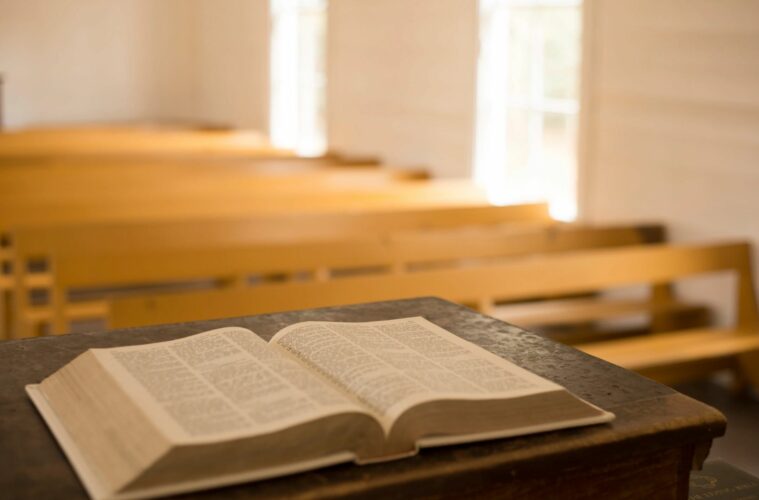 The Everlasting Book (A Study on the Sermon on the Mount)

Books today certainly don’t last as they did years ago. I suppose the main reason is that they are not made from durable material as they were years ago. Since I’m a collector of books, as well as a teacher who distributes them to children, I know. If we can squeeze three years from a paperback book, we’re doing well. On the other hand, my oldest book is 198 years old and in excellent shape.

But what about God’s Word? Is it nothing more than good literature? What kind of influence did God have on the writers? Were their senses simply heightened, did God dictate, and did he allow their personalities to bleed through? Is it accurate only in matters of faith, or is it accurate in any matters it addresses? What kind of impact—if any—does it have on your life?

Voltaire once said, “In one hundred years the Bible will be an outmoded and forgotten book, to be found only in museums.” He was wrong.

The Word is lasting, but bibliography (worship of the Bible itself) is not the issue. If all Bibles were destroyed, the Word would remain for Jesus would remain. The Word remains because of who authored it and preserves it.

Jesus said, “Do not think that I came to destroy the Law or the Prophets. I did not come to destroy but to fulfill.”

Societies must have rules. There must be absolutes which are governed by truth. Societies now seem to promote no moral absolutes. We want to question or doubt things once accepted as absolute truth. Many don’t believe in God, and some want to do away with him.

No God equals no truth because there is no truth apart from God’s law. The law of nature existed before God’s law was written down. Humanism places emphasis on individuals as opposed to God, which leads to seeing less need for God.

We cannot reduce God’s standards to fit our own. Rather, we must work to meet his standards. God’s Word is not outdated.

God’s Word is preeminent for three reasons. It was authored by God. Jesus referred to the Old Testament as God’s Word and said he did not come to abolish the moral law or the Law (10 commandments). God’s Word was affirmed by the prophets. They reiterated and reinforced the word of God. They expanded the law for the people, confronted the people with sin, and warned of judgment. God’s Word was accomplished by Christ. He came to fulfill the law and did through his teaching, by keeping the law, and by clarification.

Jesus said, “For assuredly, I say to you, till heaven and earth pass away, one jot or one tittle will by no means pass from the law till all is fulfilled.”

The Word of God will remain and outlive time. The jot was the smallest letter of the Greek and Hebrew alphabet, about the size of an apostrophe. The tittle was a small stroke used to distinguish one Hebrew letter from the other.

God’s moral commandments are still binding. They are not outdated. Not even the smallest part of God’s Word is insignificant. God inspired the writers of his word. God’s Word leads us to a new life in Christ and helps us to resist temptation.

Receiving God’s Word means honoring it, obeying it, defending it, and proclaiming it.

Charles Spurgeon said, “The everlasting gospel is worth preaching even if one stood on a burning fagot and addressed the crowds from a pulpit of flames. Whisper it in the ear of the sick, shout it on the corner of the streets, write it on your tablet, send it forth from the press, but everywhere let this be your great motive and warrant. You preach the gospel because the mouth of the Lord hath spoken it.”

There are two reasons why God’s book is relevant. One, because of its character. It is God’s revelation to us, which was magnified by the prophets and accomplished by Jesus.