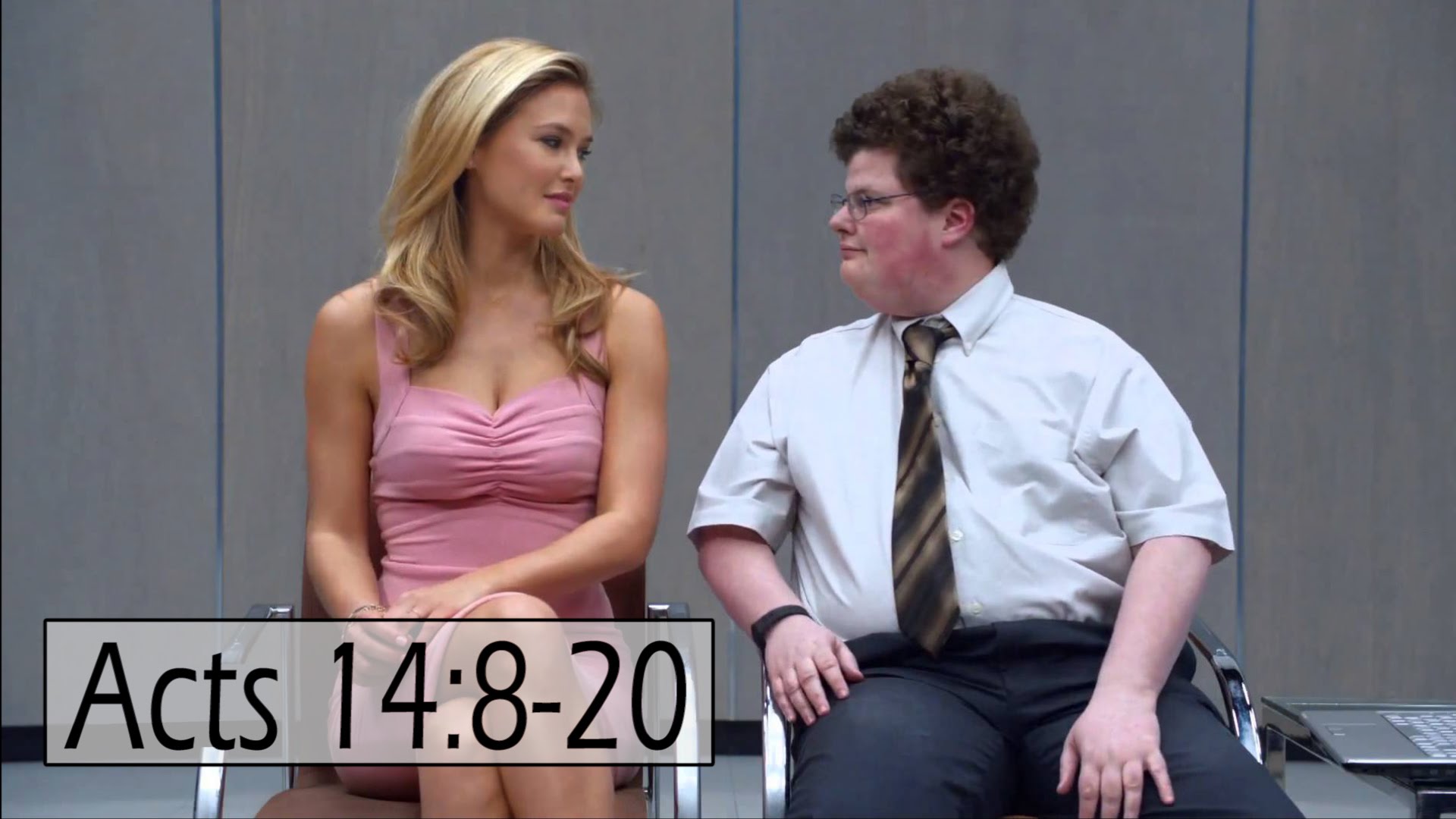 Acts 14:8-20. No one likes to feel rejected, and most people don’t deal with it well. Usually the best a person can muster after hard core rejection is to move on with their chin up, but in this passage Paul follows up the kind of rejection where the rejecters hit you with rocks until they think you’re dead, but going right back to what got him hit with rocks in the first place.

This passage marks the end of Paul’s first missionary journey, and the beginning of the reloading period before he goes out for another one.