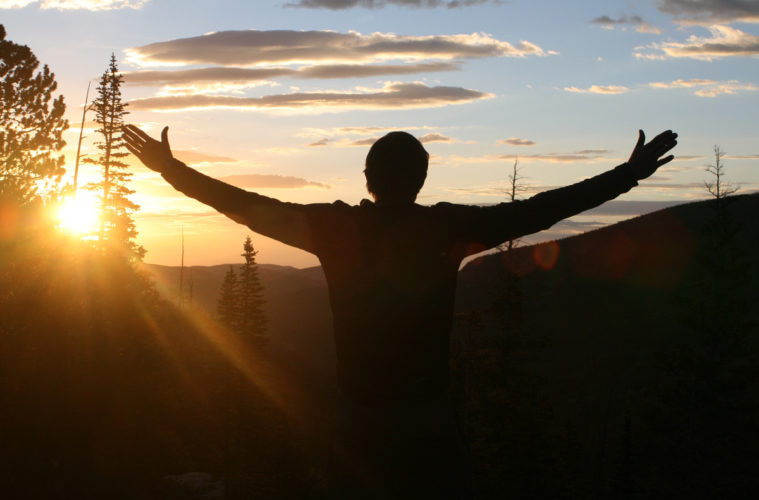 Grace and Sin’s Judgment (A Study in Romans)

A counterpart of God’s wrath is his judgment. If the first is a reality, then the second must follow. If God is truly angry at sin, then he must punish those who refuse to repent of it. And the Bible is replete with examples of how he does just that. He would prefer to show grace—and he does show common grace even to those who refuse his offer of salvation. Just as many tend to overlook God’s wrath since it’s a trait they feel makes God unattractive, the subject of judgment is also often watered down. Some suspect, in the end, God will be a grandfatherly type who will let everyone into heaven.

There is a psychological defense mechanism called projection. Defined, it is our tendency to project or attribute to others unpleasant and sinful issues we deal with.

As Paul begins to speak about God’s judgment on sin, he commences with an imaginary conversation with a moralist—someone who assumes they are much better than the heathens Paul has gone to great lengths to describe. The form Paul uses was familiar and was called a diatribe. He anticipates questions that might be proposed and then answers them.

Sin should disturb us, and it should disturb us when we see others involved in actions we know are ruining their lives and will wreck them eternally if they do not change. But we must be careful when speaking about those in the grasps of sin. Rather than having an uppity attitude, we should say, “There but by the grace of God am I.” Honesty forces us to admit our tendency to notice the sins of others we have the most difficulty with.

Imagine this letter from Paul being read in one of the churches in Rome. The heads of the saints nod in agreement as he catalogs the list of sins characterizing the heathens. Imagine their surprise when he said, “But you are just as bad” (v. 1).

The Jews in the church would have heartedly agreed with Paul’s assessment of the Gentiles. They were considered dogs, outside of the Abrahamic covenant, and aliens to the commonwealth of Israel. Jews believed God’s judgment on Gentiles was just because they were his enemies and enemies of his people.

Paul turned the tables on the moralists—those who assumed they were better because the sinful actions he cataloged were not characteristic of them. While they may not have actually committed some of the acts he listed, they had broken the spirit of the law.

The issue is not whether some sins are worse than others. Sin is sin in God’s sight, though some sinful acts have further reaching consequences. Paul’s conclusion is that all are sinners whether or not we have committed particular sins. We are sinners because we are born with a sinful nature.

Since Paul is speaking to moralists, let’s define who they are. Moralists live clean and pure lives and cling to a certain set of standards, values, and principles. But the moralist makes several mistakes. They tend to judge others by criticizing, finding fault, and condemning. Moralists place themselves on pedestals, thinking they’re superior to others because they don’t have flaws someone else does.

Nor is the moralists’ judgment between right and wrong always fair. Though they don’t recognize it, in their endeavor to judge they actually denounce themselves for doing the things they condemn others for.

Satan has no special temptations reserved for a chosen few. We are subject to the same temptations, just in different forms—and according to the weaknesses or strengths he has learned we have. He uses the identical methods he used in the beginning with Adam and Eve and later with Jesus.

Sin in the heart and mind is just as serious as sin in action. Some fail to act out of fear or lack of opportunity, but the sin desire resides inside nevertheless. Judging others unfairly is dangerous and sinful. While appropriate to judge sinful acts, it is not our responsibility to judge the individual. God reminds us vengeance belongs to him (Hebrews 10:30).

Since we are created in God’s image, we often make the mistake of believing his evaluation is identical to ours, forgetting that his image in us has been tainted by sin. All who refuse to repent of their sins and receive God’s forgiveness will face God’s judgment regardless of who they are. Sin must be punished for God’s holy nature will not tolerate it.

God’s measurement is equal and fair. It may not always appear so, but we must trust by faith it is. An example is one of the thieves crucified next to Christ. His was a “deathbed conversion,” but he was assured of the same eternal abode as one who had served Christ all their life. The murderer receives the same grace as the morally upright person. A proper understanding of God’s grace removes what appears to be an unfair element in the above scenarios. We are inclined to include good works in the mix, but they have no part in our salvation.

God’s judgment can appear unfair or slow in its arrival, but this is because grace is tolerant, kind, and patient. We want those who have committed horrendous crimes to receive swift justice—and often do not care whether it’s impartial or not. Like in the old West when a horse thief was captured and immediately hung with haste on the nearest tree. No judge or juries, just prompt justice.

God takes no joy when the wicked perish. He wants them to repent and enjoy what he has in store for them. If God’s judgment was as swift as we often think it should be, only a few of us would live long enough to repent. Grace is patient.

The moralist has a misunderstanding about God’s judgment. He looks at others whose sins have been exposed and thinks to himself how much better he is. Recall the woman caught in adultery and brought to Jesus (John 8:1-11). The religious leaders were not concerned about her spiritual wellbeing. They wanted the law observed and also had an underlying desire to capture Jesus disobeying it so they could rid themselves of him.

Moralists forget God looks at the inner recesses of a person’s heart. They believe God too benevolent to punish sin. This has resulted in unbiblical caricatures of God. While God is longsuffering, he will never overlook, condone, or rubber stamp sin.

A moralist believes humanity is basically good but has been corrupted by the environment or circumstances. Sin haunts us from birth but can be enhanced by our circumstances and the environment. While not as bad as we could be, none of us are good enough for God to accept on our own merit. His standard is perfection, and this we can never achieve.

The moralist takes the matter a step farther by hardening his heart against God’s verdict. He will not repent because he will not accept God’s assessment of him: that he is a sinner with no hope apart from God’s grace. In his heart, he believes he is either decent enough to warrant God’s acceptance or that his respectable deeds will make up for any difference.

It may appear Paul belabors the subject of God’s judgment at the expense of his love, but spending time here and establishing a firm footing magnifies the grace of God as well as assists us in remembering there is a divine being we must answer to.

God is the only judge before whom we must stand. At life’s end, or at the end of time and the Great White Throne Judgment, unbelievers will be given the opportunity to defend their actions.

God’s judgment of unbelievers will be according to works, for there is nothing else for him to judge them by since they have rejected the gift of his Son and the forgiveness that comes through the relationship. Since those without Christ do not appear before God in a faith relationship—which will remove the judgment—they must appear on the basis of good works. Their fate, however, is sealed for no one can measure up to God’s ideal: perfect obedience.

Scripture doesn’t reveal how all elements of the judgment scene will materialize, but if given the chance, surely individuals who are depending on their good works will begin to enumerate their good deeds, hoping they will be sufficient to gain them entrance into heaven. Such a philosophy, as popular as it is, is destined to fail and represents a huge misunderstanding of how God operates.

God’s judgment on unrepentant sinners relegates them to eternal separation from him for failing to receive his free gift of grace in Christ. Believers, however, are not under condemnation (8:1), though our actions will be considered.

God’s gift of salvation does not relieve the believer’s obligation to faithful obedience. Our rewards—the abundance or dearth of them—will be determined at the Judgment Seat of Christ. This judgment doesn’t concern our entrance into heaven or hell. That was settled when we decided to follow Christ.

Having examined these two aspects of God’s judgment, we agree with Paul’s conclusion: God will judge all people according to what they have done. All people will stand before him on one of two foundations: grace or works. The first is secure while the second will crumble.

A further aspect of God’s judgment is that punishment will not be equal for all who have failed to believe—though it will be fair. The eternal destiny will be identical, but the penalty will vary. Those who had many opportunities to trust Christ yet chose to live in open rebellion will receive greater punishment while those who had less light will be given fewer stripes.

Jesus expounds on this aspect of God’s judgment when telling the parable of the servants who were left in charge of their master’s estate while he was away. The faithful servants were rewarded, but the servant who acted wickedly because he thought his master would be gone a long time was punished. His punishment was severe because he knew what was expected but did not do it (Luke 12:47-48).

The justice of God meted out in the judgment will be fair. Unlike some judges who can be paid off to let a criminal go free or receive less punishment than deserved, God can’t. Family heritage, culture, or creed won’t color his judgment. He judges merely on what we did with Christ. If we refused him, the degree of our punishment will be determined by the opportunities we had. Nor will this be a time for negotiation or bargaining with God. Neither will anyone have the opportunity to exercise faith. Once life is over, all chances to believe will have passed.

At the same time, this verse seems to imply deeds have some bearing on the outcome of the judgment. Paul clearly states God will judge people according to what they have done. The explanation is simple when coupled with what Scripture teaches as a whole.

The unsaved are judged by what they have done and that only. But their deeds—no matter how commendable—will never suffice to place God under obligation to grant them access into heaven. Grace is inclusive, but has conditions which make it exclusive also. Believers will also be judged by what they have done or failed to do. This, however, will have no bearing on their eternal destiny as with unbelievers—only their rewards. Our faith and God’s grace secures our eternal home with him.