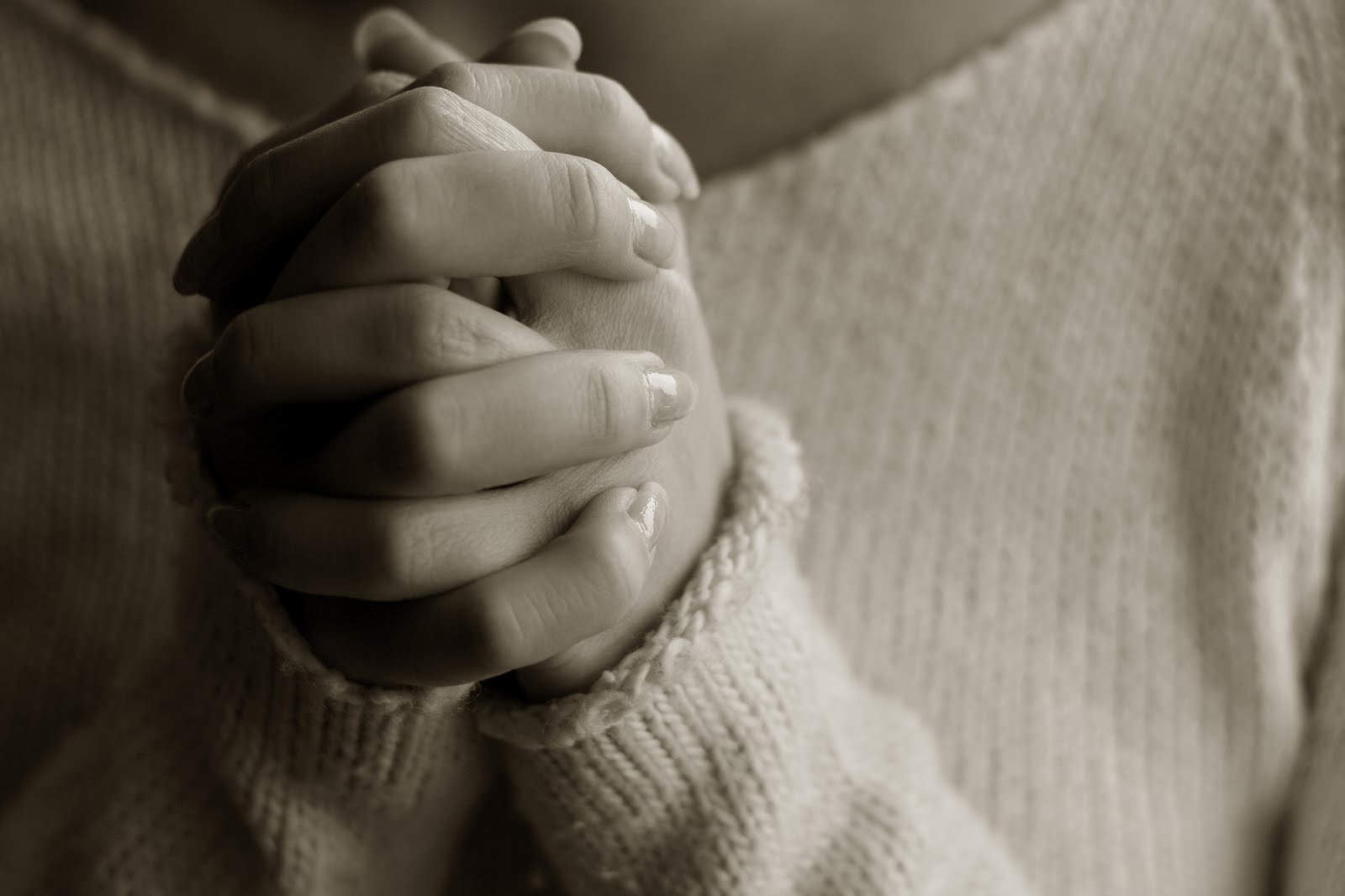 Grace and Praying for the Lost (A Study in Romans)

Consider your prayer life. Do you ever spend time praying for those who don’t know Christ as Savior? This may include work acquaintances, friends, family members, spouses, and children. And how do we pray for them because we don’t always know God’s plan for their lives?

But pray we should, for Jesus said we should pray to the Lord of the harvest that he would send laborers into fields that were white for harvest (Matthew 9:38). Realizing the condition of unbelievers should lead us to pray for them. Already we have examined the condition of people without Christ. Our personal salvation cannot be all that matters.

Part of praying for God to send laborers into the fields includes the possibility of us being the laborer. We need to be open to any opportunity God gives to share his love. Mission work does not simply take place overseas or in countries where the gospel has not penetrated. People nearby need to hear or hear again. Witnessing also involves boldness. We use various reasons for not speaking up, but none are sufficient or acceptable for no good reason exists for not sharing. We must ask God for strength in sharing our story. We also need to pray that he will work in the hearts and minds of those he places in our path or those we help spread the gospel to so they can clearly hear and understand the message.

Paul longed for the Jewish people to be saved. This is a general and blanket statement that is not intended to mean no Jews had accepted Christ. Many of them believed, but many more did not because of preconceived notions about the Messiah or because they had fallen into misunderstanding the Law’s purpose. Others may have sided with the religious leaders, many of whom rejected Jesus, and some attributed Jesus’ works to the power of the devil or demons within him.

Paul took into account this situation and wondered why they couldn’t see the light as he had. He had a heartfelt longing for them to be saved and prayed diligently for God to open their blinded eyes.

Now we might wonder what will happen to Jews who don’t believe in Christ but have maintained a zealous belief and commitment to the same God that Jesus proposed to represent and even be. They are dedicated to the same religion Christians are (with the exception of believing Jesus was the Messiah). Paul references their zeal but then concludes it is misdirected. This is why he is so concerned for them. He recognizes enthusiasm, as good as it may be, if it is directed in the wrong direction is no good. The unbelieving Jews had replaced faith with customs and traditions and were placing their stock in them instead of faith. Obedience to God’s law was also of great importance.

Paul himself had been caught up in this scene but discovered on the Damascus Road that none of these actions or any others could take the place of faith. Having realized this, he was intent on sharing this same message with his kinsmen. His statement about them is very blunt and to the point: they were not willing to go along with God’s way. The Jews failed to understand God’s way of making people right with him—though God had certainly not hidden this from them on purpose. Instead of going the correct way, they were clinging to keeping the law.

We might say there are ways and then there is the way. All roads may have led to Rome at one point in history, but all roads do not lead to acceptance by God. Many broad roads exist, but the narrow path of faith in Christ is the only road going the entire distance to God.

The example of the Jewish people reminds us that all efforts apart from faith are useless for making us acceptable to God. Good intentions can be slippery. They do not guarantee the results will be good. They do not guarantee we will take any action at all. And they are often compromised by our bad intentions—intentions we may not be aware of. They can lead to pride and even cause us to bypass God’s clear commands. All of this is reminiscent of an old saying: “We can be sincere and still be sincerely wrong.”

Christ accomplished the end of the law, or perhaps the whole purpose of the law, and all who believe in him are made right with God. The law pointed to Christ and expressed God’s demands. Christ fulfilled the law because he was perfectly obedient to it. When in Christ, we have the strength to live up to God’s requirements by the power of his Spirit in us. He makes us right with God. In Christ, we are released from the pressure Old Testament saints lived under as they hopelessly tried to obey the Law’s requirements. We are also released from the enslaving power of sin, guilt, shame, punishment, and feelings of condemnation.

Paul takes another stab at comparing the way of the law with the way of faith. Under the law, all commands would have had to be obeyed for God’s acceptance. God commanded the people to keep his laws, and then told them they would only live if they did (Leviticus 18:5). Bearing this in mind, no one was ever accepted this way. The law showed God’s standards and experience taught no one could live up to them. Imagine the helplessness and hopelessness of being told to do the impossible, yet still being held accountable for not being able to do what you were told.

Faith, on the other hand, says to trust Christ and God will accept us. Paul uses a portion of Moses’ farewell challenge to God’s people prior to their entrance into the Promised Land to emphasize his point. It is not necessary to go to heaven to get Jesus. He has already come in the incarnation and took on human flesh. Nor do we go to his tomb where he was laid for we won’t find him there either.

God brought Jesus back to life, proving he accepted the payment made for our sins. Nor is God found in spatial places. No matter how far we might ascend, we would not locate heaven. All that remains is for us to trust in the way God has designed. The lesson is clear: we often try by our own efforts to reach God when all that’s required is to reach out to his reaching down to us.

Verse nine is another familiar verse in the Roman road of salvation. Salvation results from several things but is a single process. We confess Jesus is Lord and believe in our heart that God raised him from the dead. Liberal theologians have tried to dismiss the necessity of believing in the resurrection as a requirement for salvation, but apparently, Paul ties it to our request for forgiveness and belief.

In I Corinthians Paul maintains the resurrection was necessary for the validation of Christ’s atonement. Without it our faith is of no value. The resurrection proved God accepted Jesus’ payment for our sin. We often try to make salvation a complicated process, but Paul shows the beautiful simplicity of it. We believe and confess. Anyone who does this will not be disappointed. Paul is not saying we will never experience moments of disappointment after salvation, but God will not disappoint us in failing to reward our belief and confession. He will save anyone by his grace and upon their request.

But what is our responsibility in going to the lost? Should we have the attitude of “I’ve got mine, you worry about yours?”  Do we ever imagine how our life might have been different had someone not told us about God’s love and provision in Christ? We should see those living in sin and recognize that could have been us had God not intervened.

Paul was a zealous missionary. Since he had met Christ on the Damascus Road and received his commission to take the message of salvation to the Gentiles, he had been hardily at work obeying.

This is another familiar verse to those who have memorized the Roman road plan of salvation. Paul quotes from Joel 2:32. Having examined the matter of election, we can now interpret what Paul means when he says anyone who calls on the name of the Lord will be saved. For those who believe salvation is open to all who ask, this verse fits neatly into their philosophy, but for those who believe in actual election of individuals and that all are not elect, the verse is still valid. They simply maintain only the elect will call, and since they are elect God will accept them and grant them salvation. Either way, we interpret this matter, the end result is identical. Those who call on the name of the Lord will be saved.

But what does it mean to call? Does simply calling on the name of the Lord result in salvation? Paul seems to imply this, but Jesus said not all who called him Lord would be saved (Matthew 7:21). And how many have used the Lord’s name in vain or simply used it in a statement such as, “Lord have mercy?” Surely using the Lord’s name in these ways has nothing to do with salvation—and it doesn’t.

Paul is referring to a call involving repentance and a plea for help. It is not simply a call to get one out of trouble such as in foxhole prayers. Rather it is a sincere call of desperation for deliverance from the sin binding the individual. They have recognized their state of affairs and desire forgiveness. So they call out for help. It also involves the desire and intention to be different after that. The person is not seeking forgiveness simply to go out and live the same way as before. They are not after sinning more so God’s grace can be made more real to them and evident to others. It is similar to the call made by the leper to Jesus that he could help him if he desired (Luke 5:12).