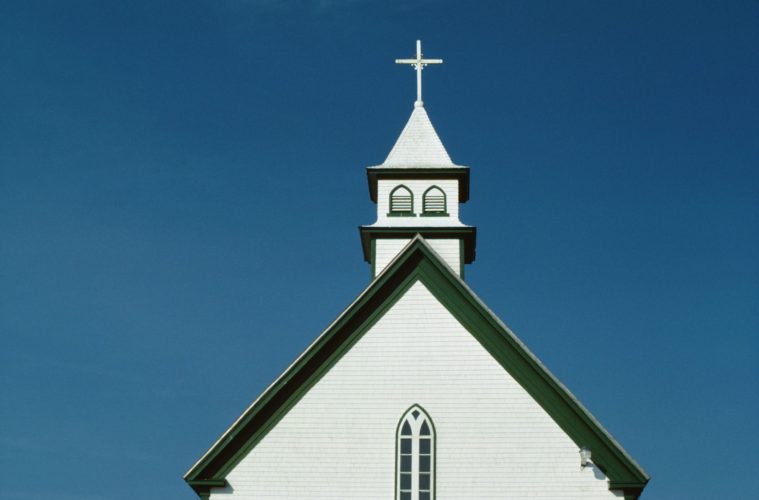 Have you ever secretly thought God’s grace was unfair? Have you ever wanted to say, “God I think I can do a better job of running your plan than you?” Would it upset you if God saved some people you know? The people you are not overly fond of. Those who have hurt you. Secretly, if God saved them you might still want to punish them. It’s just not fair that they get off so easily. Paul probably imagined such questions as he discussed God’s plan.

In our examination of the church, we must first ask what if any place Israel still has in God’s world plan. The question is answered in various ways by Christians, and one’s millennial view (end time understanding) often determines the answer.

For Paul to say God has not rejected the Jews does not require believing in a future time when many or all Jews living will be saved. Remember God’s purpose and plan in choosing them in the beginning. He brought Abraham from a pagan land to another pagan land and promised to make him a great nation. God’s purpose in choosing this nation and giving them the Law was so they could influence the nations surrounding them by pointing them to the one true God. Just because they failed on many occasions does not mean God rejected them completely.

Nor does Israel’s failure mean God had to reformulate his plan and bring the church into existence as a backup plan. The church was always a part of God’s plan, not an afterthought. God does not reformulate his plans based on the fickle decisions of humans. We respond to him, although it may appear he is responding to our actions. This is only because we cannot see his entire plan. God is sovereign and omniscient.

Israel had her time in history, and presently the church is enjoying hers. Yet God has not totally rejected the Jews, just as he has not the Gentiles. The way of salvation is open to Jews as it is to Gentiles, but they must all come by the way of faith. Paul was living proof of his conclusion. Being a descendant of Abraham, he was a literal Jew who was following and espousing the way of salvation God had revealed to him.

Paul also offers Elijah as an example. He was a great reforming prophet who lived during the period of the kings. He had predicted a three-year drought as God’s punishment for the people’s sins. In the third year of the drought, God told him to go see King Ahab (married to wicked Queen Jezebel) and tell him rain was on the way. Obadiah was involved in this scene. Though he was in charge of Ahab’s palace, he was a devout follower of God. When Jezebel tried to kill the Lord’s prophets, he hid one hundred of them in two caves. There were Jews who believed.

On Mount Carmel, Elijah confronted the pagan prophets of Baal in a contest to see which god would answer by fire and be declared the true God. Elijah’s God answered but Jezebel placed a death sentence on him, causing him to flee into the wilderness in fear and even request that God kill him. He was tired and all alone. As far as he knew, no one else was following the Lord anyway. God had to remind this great prophet that seven thousand others in Israel had never bowed to Baal (I Kings 19:18).

Based on these two examples—himself and Elijah—Paul concludes God has not totally rejected his people.  After all, Jesus’ disciples were Jews. God certainly tired of his people’s disobedience, as he does ours when we follow their pattern. His grace, however, will not allow him to throw us away when we do. There is always a remnant, whether Jew or Gentile, who will follow God and witness of his love.

There was also a remnant in Paul’s day. A great many of the Jews had and were rejecting the message that Jesus was the Messiah sent to provide forgiveness of sins. But in spite of the many who were rejecting—and some who were trying to kill Paul to silence the message—some believed.

Becoming pessimistic in our work for God as Elijah did is easy. Paul could have too. A perusal of the world scene reveals more wickedness than goodness and more unbelievers than believers. We cannot know at any given time how many are trusting Christ, but there is a great multitude.

While a few of the Jews had responded, the rest were made unresponsive by God. This condition is similar to the hardening of Pharaoh’s heart that is variously attributed to God and Pharaoh. When we stubbornly choose to reject God and go our own way, he gives us the desires of our heart, and it becomes hardened to spiritual things.

Paul uses Old Testament scripture to prove his conclusions (Isaiah 29:10 and Psalm 69:22-23). The blessings Israel received, rather than leading them to God, led them to pride in whom they were. Many of them focused on the physical descent rather than the relationship.

God rarely works in ways we might imagine. Isaiah reminds us of God’s ways and thoughts are higher than ours and often beyond our understanding (55:8). Israel’s fall is not beyond recovery. Any individual Jew can still come to Christ if they choose. They are not forced to remain in their lost condition. Their overall rejection of Christ did, however, serve a further purpose of God to make his message of salvation known to the Gentiles.

Paul played a vital part in this plan, for God had commissioned him as a missionary to the Gentiles. A side effect of the plan is that by offering salvation to the Gentiles the Jews would become jealous and accept God’s offer of salvation after all. When this happens, the world receives a great blessing.

As Gentiles became prominent in the early church, they began to reject and persecute the Jews. Church history is filled with many other occasions where non-Jews have done the same. Even the word Jew itself has often taken on a negative connotation of being untrustworthy.

Paul’s normal practice was to present his message to the Jews first. “Then Paul and Barnabas answered them boldly: ‘We had to speak the word of God to you first. Since you reject it and do not consider yourselves worthy of eternal life, we now turn to the Gentiles’” (Acts 13:46).

Paul’s vision of the church often contradicts and challenges ours. He envisioned a church composed of Jew and Gentile, which included people of all races, genders, and social classes. As we do God’s work, we need to keep in mind God’s plan and vision for his church. It doesn’t include exclusivity, but inclusivity.

Paul uses the pruning and grafting procedure to explain what God is doing with Jews and Gentiles. Though appointed as an apostle to the Gentiles, he had not lost his love for his people and had an intense desire for them to know Christ. He hoped his work with the Gentiles would aid in that process. He wanted to find a way to make his people want what he had and what many of the Gentiles were accepting.

While speaking about the Jews specifically, Paul is again showing his intense love for unbelievers, the same intensity we should have. He envisions a time when many Jews will accept Christ and how wonderful such a world would be. But he warns the Gentiles not to get proud over the gospel coming to them as the Jews had over being God’s chosen people.

The bottom line of faith is then compared to the roots of a tree and its branches. Abraham was declared righteous because he believed by faith. His faith was like the root of a productive tree. Since the roots were good, the branches could not help but produce fruit.

The emphasis is on a proper foundation. Jesus told such a story about the wise and foolish builders that emphasized the same (Matthew 7:24ff). He also referenced the faith relationship in his story of the vine and branches and how one must abide in the other to live (John 15:5ff).

Some of the Jews (the branches) had been broken off. It wasn’t because God stopped loving them, but they simply began depending on heritage, culture, and physical descent rather than faith. Gentiles (branches from a wild olive tree) who were willing to come by faith were then grafted into the tree so they could enjoy what the Jews rejected. Grafting involves inserting a bud or shoot from another plant into a slit of another plant or tree.  In doing this, the inserted shoot begins to receive nourishment from the foreign tree.

Paul warns the Gentiles not to make the same mistake the Jews did lest they too are broken off. This is not an indication believers can lose their salvation. Paul is speaking in general tones to the Gentile nation as a whole. If God did not spare his originally chosen people, he would not spare them either. The nourishment coming from the roots—whether Jew or Gentile—is faith, not culture, heritage, the Law, or physical descent. But Jews are not without hope. If they believe, they can be re-grafted into the tree.