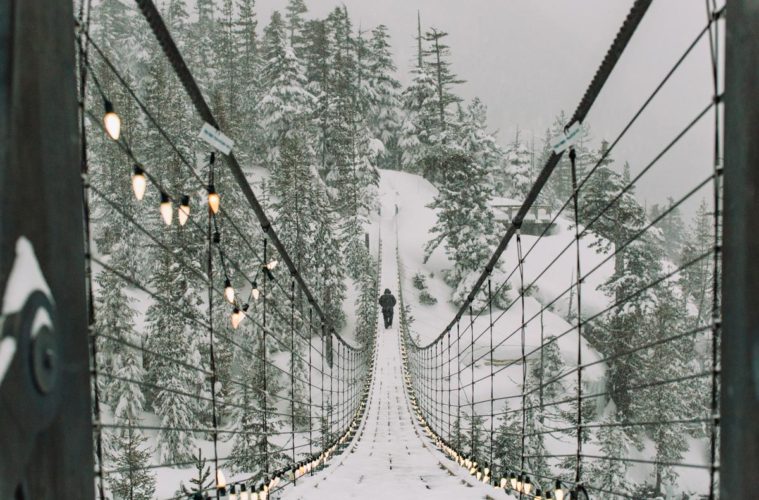 Grace and God’s Mission (A Study in Romans)

Over the course of a lifetime, God may have many missions for us. He did for Paul.

Paul’s longing to visit Rome (and then Spain) was so intense that he prayed for God to give him the opportunity. Some of the saints in Rome were dear to Paul, such as Priscilla and Aquilla, but he also loved those he did not know and had never met. Little did Paul know that he would indeed get to Rome, but not in the manner he may have anticipated. His visit to Rome was prefaced by arrest, a slap, shipwreck, and a snakebite.

God’s ways are higher than ours and often radically different (Isaiah 55:8). Have you ever felt God leading you in a particular direction, but things did not materialize in the shape or form you expected or desired? We must learn to trust the answers God gives as well as the directions he moves us in, regardless of whether they make sense or are according to the manner we would have chosen. Obey and leave the consequences to him. We must remember God is in the future we have not experienced. He doesn’t take us somewhere he has not already been. God sees the eternal now.

Paul wanted to arrive safely, and he did. God is eager to answer our prayers-and will, but we must always learn to wait on his timing and be open to changing our views as he instructs. The sincerity of Paul’s statement is revealed in his calling on God to witness his continual mention of them in his prayers. By reading his writings, we can conclude Paul was a man who believed in the efficacy of prayer. Prayer is a sacred privilege as well as an obligation. Like a protracted drought, neglecting prayer retards our involvement in the progress of God’s kingdom growth.

There was a rhyme in Paul’s reasoning. He wanted to share a spiritual blessing with them that would enable them to grow strong in the Lord. Paul wanted to encourage them in their spiritual journey and also to be encouraged by their spiritual progress. They would be a blessing to each other.

The Bible reminds us not to neglect the gathering together of the saints (Hebrews 10:25). Coming to church should be more than rote tradition or routine habit—something we do because we grew up doing it and were taught it was the right thing to do. Paul knew visiting them would bring mutual spiritual nourishment. He had such a love for Christ that he wanted to bring the graces of life in God’s Spirit into fuller bloom for other believers.

Whatever the gift might have been, it would strengthen the believers in Rome. But Paul does not place himself on a pedestal above them. He tactfully explains that his visit would not be a one-sided thing. He and they would benefit spiritually from the visit.

Paul also wanted to work among them and realize some fruit. Paul may have had in mind an increased number of converts to Christ or either that the believers would grow in the grace and knowledge of God. Both considerations are probably in mind.

Life in the body is vitally important and should accomplish both of these results. Since Jesus gave his life for the church, there must be some great importance in its work. The work is two-fold: we expand his kingdom by leading others to know Christ as their Savior, and we also disciple or teach those who are already a part of the flock.

While a person does not have to be a church member to be a Christian, a person who has truly accepted Christ will want to be a part of that exciting work. No churches are perfect; there are problems in every one, but we remember we are doing God’s work. When we have a desire to do it his way and in his timing, our fellowships will be sweeter and more unified.

Paul wanted them to know he had often planned to visit them but had been prevented on many occasions. While we do not know what the hindrance was, the probability is that it was the work he was doing elsewhere. On at least one other occasion, Satan had hindered Paul (1 Thessalonians 2:17-20).

By the end of his third missionary journey, Paul had traveled through Syria, Galatia, Asia, Macedonia, and Achaia. He went to these places at the guidance of God’s Spirit, so his failure to make it to Rome was because God had not led him there yet. God’s timetable is often different from ours, but our life goal should be like Paul and even Jesus himself: do what we do and go where we go under the guidance of God’s Spirit. We will never go wrong when that is our aim.

Paul realized his obligation to people in his culture and in other cultures—to Greeks and barbarians. He felt a sense of debtorship to all ranks and classes of people. In Greek thought, every person who was not a Greek was a barbarian. They viewed themselves as wise and others as foolish.

Sometimes we want to minister only to our “own.” Taking time to learn the aspects and customs of other cultures involves time and often change.  As well, our major consideration should not be what the world owes us but what we owe the world.

Paul did not cower at the thought of preaching the Gospel in the proud and mighty city of Rome. Rome was the prodigious capital of the Roman Empire, a city where wealth and education abounded and where sin ran rampant. The philosopher Seneca said of Rome that it was “a cesspool of iniquity.” The writer Juvenal termed it a “filthy sewer into which the dregs of the empire flood.”

Rome was a proud city where Christians were counted only as common people, and many believers were slaves—joining half of the population who were also in that same predicament. Rome had been the home of great philosophers and philosophies, and Paul was going to tell them about a Jewish carpenter who had been crucified.

The Road to Damascus experience had changed Paul’s life. He was consumed with the desire and daunted by the commission God gave him to share God’s love with the Gentiles.

He crossed social, racial, cultural, and economic lines. We will never be in God’s will when we erect barriers against sharing with some people because of prejudice. God’s grace is available to all and must be shared with all. Christ took the punishment we deserved for our sins, and while we cannot repay him we can show our appreciation by sharing with others.

Paul was not ashamed of the Gospel. He realized it contained the power of God to enact a change in all who believed it. Rome was mighty and powerful and boasted of both. Greece may have been proud of her philosophy and philosophers, but Rome had might.

Paul gloried in the Gospel, counted it a high honor to preach it, and had unbounded confidence in it.

The Greek word for Gospel is euaggelion and means the glad tidings of salvation through Christ. It is common for believers to feel inadequate to share this wonderful news—and in fact we are—but God gives us the power and authority to do so. While training in evangelism efforts can be helpful, sharing the Gospel is “one beggar telling another beggar where to find food.” It is simply telling others what God has done in your life. It is sharing your testimony, which is simply how your life was before Christ and how it is now after trusting him.

The Good News involves how God makes us right in his sight—a wonderful transformation as we will later see by examining Paul’s doctrine of sin. A right view of the problem of sin (harmatology) will always result in a proper understanding of what God has done in Christ (atonement). It leads us to look at who we were before Christ (Paul was a religious leader but lost.) and who we are now that we are in Christ (saints). The process of salvation is accomplished from start to finish by faith—and even this is given to us initially by God. We accept by faith what Christ has done, and we walk by faith daily (2 Corinthians 5:7).

Paul establishes this with a quote from the Old Testament book of Habakkuk: “The just shall live by faith” (2:4). Faith and unbelief are referred to more than sixty times in this book which enforces the message of the quote. Not only are the just saved by faith but they also live by faith. As mentioned earlier, it was this statement that pricked the conscience of Martin Luther and led to the Protestant Reformation. Old Testament believer’s understanding of the afterlife was very underdeveloped, so Habakkuk may have had in mind his present life only, but Paul realized that life includes eternity. Faithwalking involves the present and eternal states.

While salvation is available to all, it is not unconditionally or universally experienced. It is effective only for those who believe. Christ’s sacrifice does not automatically save everyone (universalism).

The benefit, as Paul states, is for the Jew first and then to all who are not. Why the Jew first? The statement has nothing to do with them having preferential treatment or because they were the largest tribe of people but rather with the offer (Deuteronomy 7:7). God had chosen the Jewish people as the ones he would work through to show himself to others as well as the line of people through whom the Messiah would come. They had been God’s special people for more than 2,000 years—ever since God chose Abraham and promised that the world be blessed through his descendants. The Jews were better prepared to receive the Gospel news.

Unfortunately, many of them—perhaps the majority—did not recognize Jesus as the promised Messiah and joined with the religious authorities in calling for his crucifixion. But Jesus’ disciples and Paul himself were examples of Jews who believed. God’s plan that they would be his temporary instruments to tell the world about him was often interrupted by their stubborn disobedience. Still yet, God’s work through them as a nation had prepared the soil of their heart. They had a heritage of belief.

Though a devout Jew, God called Paul to take the Gospel to Gentiles. Had the Jews done their work as they should have, the fertile soil of the Gentile heart would have been better prepared. However, neither the religious privileges enjoyed by the Jews nor the cultural, political, nor other advantages possessed by those of other races offered any ground for exemption from the need of redeeming grace. Jews and Gentiles alike needed reaching by God’s grace.

God’s plan of salvation must be accepted by all and must be accepted the same way by all. Faith appropriates the righteousness that is in Christ. Therefore, the Gospel leads to salvation for those who accept it, is available to all, and is conditioned on faith in Christ.