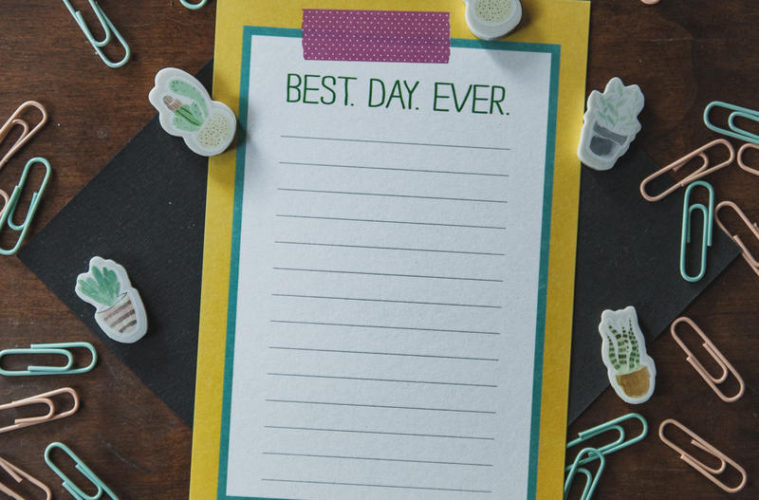 Christian Advantages (A Study in Hebrews)

When making decisions, we often list the advantages and disadvantages. For example, should we move or stay, buy or rent, work or not, buy an item or refrain, go to college or go to work, enter a relationship or avoid one.

Normally, we choose or avoid the column that is longer.

CHRISTIANS HAVE A SIXTH SENSE

“By faith we understand that the entire universe was formed at God’s command, that what we now see did not come from anything that can be seen” (Hebrews 11:3 NLT).

I knew the furry animal standing before me was a dog. With my eyes, I saw his characteristics. I heard a sound that someone had told me was a bark. Dogs bark, so this must be a dog. I touched him. He was real and not a figment of my imagination. I decided to smell him just to make sure. Sure enough, he smelled like a dog. A little raunchiness mixed in with the doggie deodorant my wife had sprayed on him. The only thing left to do was taste him. Since my other four senses convinced me, there was no need to lick him to find out.

But how can I explain the feeling that I shouldn’t take the route the GPS suggested? Or get on my scheduled flight? Or help the lady whose car was broken down by the roadside? My five senses appraised the situation, but my sixth sense drove me in another direction. We often say women have a sixth sense. And they do seem to be able to detect some hidden things that fly over men’s head.

Where the beginning of the universe is concerned, my five senses serve no purpose. I can see it presently, but what I see is the finished product. I can read what the Bible says about it and study what various scientists have conjectured. But only with the sixth sense can I believe a Supreme Designer created it out of nothing.

Faith in God—what believers walk by according to the writer—is my sixth sense. Some think it’s irrational—and from a logical standpoint it might be—but it’s the sense with which I choose to follow God and believe all he’s told me.

Forgiveness can’t be experienced with our five senses, but we believe we have it. Nor can they prove the Spirit’s presence guiding us, but we believe that as well. We can’t use them to conclude we have an eternal home in heaven, but we’re banking on it.

In fact, our entire Christian journey is traveled by using our sixth sense. That overwhelming feeling that the journey is actually real, not just a crutch we’re using to help us handle life. We walk by faith—the sixth sense–not by sight, hearing, touching, smelling, or tasting.

CHRISTIANS CAN GIVE ACCEPTABLE SACRIFICES

“It was by faith that Abel brought a more acceptable offering to God than Cain did. Abel’s offering gave evidence that he was a righteous man” (Hebrews 11:4 NLT).

His outfit of choice for Sundays was typical for his generation. Dark pants, white shirt, black shoes. He sat in the same pew each Sunday. As I looked at him from my vantage point, I noticed the same thing every Sunday: a single dollar bill tucked neatly in his shirt pocket. As the offering plate was passed, he delivered his offering. Had he been like the widow Jesus told of who gave everything she had, I would have marveled at his generosity. But he wasn’t. His dollar didn’t represent a tithe, an offering, or even a sacrifice. I happened to know a little about his financial situation. His gift wasn’t really a sacrifice at all.

Cain’s wasn’t either. Since he was a farmer, it was natural that he would bring produce to God as an offering. Yet that was the trouble—he only brought some. Abel, on the other hand, brought several of his choice lambs to God. Blood wasn’t the issue—as some have surmised—even though Christ’s blood was necessary to pay for our sins. Sacrifice was the issue. There were any number of offerings God commanded that didn’t involve an animal or blood. Cain just gave some while Abel gave his best. God saw the motive and accepted Abel’s. Cain’s, he rejected.

My sacrifices for God should be measured by his sacrifice for me. I have a son and daughter, but I wouldn’t sacrifice them for anyone, regardless of how much I might love them. God did, however, by placing his Son on a cross and then humanity’s sins on him. This was the only way he could restore the relationship. With proper motives, he made the ultimate sacrifice.

Why we give what we do to God is important. We should give out of appreciation. While we can never repay God for what he’s done, our giving is one way we can demonstrate our love. How much we give is also crucial. Single dollars—unless they represent all we have—won’t result in God’s Kingdom work advancing at a very rapid pace. Proportionate giving is what God desires—a sacrifice joyfully given. God wants actions from us as well. Money won’t substitute for actions that involve love and sacrifice.

“And it is impossible to please God without faith. Anyone who wants to come to him must believe that God exists and that he rewards those who sincerely seek him” (Hebrews 11:6 NLT).

Children live to please; grandchildren do as well. My wife and I have the privilege of keeping two of our grandsons every day while our daughter works. Though young, they both live to please and are quite excited when he does. Putting away toys brings a handclap of joy when the job is done. When we ask them to fold their hands for the blessing before dinner, they eagerly obey. Handing us items is done without fussing or arguing.

Regardless of what we ask, they normally obey. However, we know the time is quickly approaching when they won’t be as eager to please. The desire to disobey will sneak in, and their sinful natures will rear their ugly heads in various manners.

Acceptance—a basic human need—explains children’s eagerness to please. By pleasing others and receiving their praise, approval, or thanks, this need is satisfied. Being accepted results in happiness and healthy living. Feeling unaccepted delivers the opposite.

Parents aren’t the only ones we’re born with an innate desire to please. We also have this inborn need for God’s acceptance. Our instincts drive us to worship and attempt to please him. If we neglect or ignore this need, we’ll find ourselves going down paths of rebellion—just as children do when they reach the “terrible twos.” And just as we see people doing the world over as they pursue various pursuits hoping for happiness and contentment.

But if we move toward this instinctive desire, we’ll gain God’s acceptance. Faith is the only way to please God. Faith in what his Son Jesus did on Calvary’s cross. Faith he has an eternal home awaiting us. Faith he’ll see us through every trial. Faith he can show us abundant living. Faith he’ll work all things for our good even when they aren’t good. Faith he’ll enable us to do what he’s given us gifts to do. Faith, plain and simple.

Faith in God drives us to obey him, and this is the only way we can please God.

“But they were looking for a better place, a heavenly homeland. That is why God is not ashamed to be called their God” (Hebrews 11:16 NLT).

The color of his skin destined him to a life of misery. Mistrusted, hated, scorned, ribbed. Regardless of where John traveled, the response was the same. Life took a devastating turn when he was falsely accused of kidnapping and killing two young white girls. Instead of suspecting the newly hired white man, the father and his employer immediately accused him—he was a black man.

The local sheriff quickly arrested John and hurried him through a mock trial. Evidence was skimpy, but the verdict had been decided before the trial began: death by electrocution. Yet John was a godly man. Even though he knew he was innocent, he accepted his lot with a pleasant smile.

When the day came for him to walk the “mile” to the electric chair, John went willingly, showing nothing but love and appreciation toward the guards who had no choice but to carry out their duties. John knew his race was against him and that there was no hope, but he could smile. What he longed for—and would soon experience—was a better place. (The Green Mile)

Chapter 11 is known as “Faith’s Hall of Fame”—and for good reason. The writer catalogs numerous people from the Bible’s pages who willingly endured hardships because they had faith there was a better place ahead. Sickness, doubt, persecution, death, fear, rejection. All faced through the lenses of faith.

Though there are many things about this present world I enjoy—technological marvels, family, grandchildren, job, material possessions, and friends—I still long for a better place. Life’s pleasures are tainted by the destructive forces of sin which always place a bitter taste in my mouth and dampen my full enjoyment.

John didn’t fear death because he longed for a better place. We should try desperately to parrot his faith. Enjoy what God gives you, but long for the better place he has prepared. As you await that day, keep trudging along with a smile on your face as you accomplish what God gives you to do.