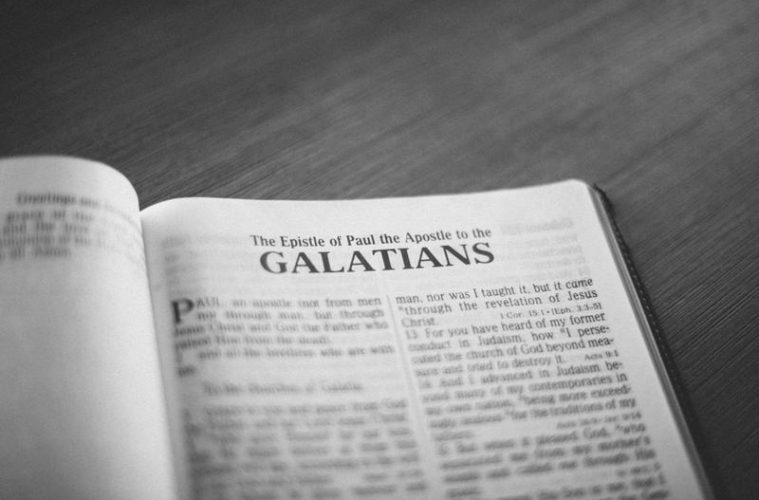 Childhood Responsibilities (A Study in Galatians)

John Newton, author of the beloved hymn Amazing Grace, was an only child who lost his mother when he was seven. At the age of eleven, he went to sea as a sailor and became involved in the African slave trade. His surroundings soon hardened him. He outdid his companions in immorality, vulgarity, and blasphemy against God. When twenty-three, his ship was caught in a severe storm and he cried out to God for mercy. God answered his prayer. Not wanting to ever forget the grace of God who saved him from the depths of his sin, he penned the words to the beloved song.

The Bible says believers are sons and daughters of God. Because of this, we have certain responsibilities. Just as children have certain responsibilities in their family, so they do also in their spiritual family. Just as others can assess what kind of family we come from by our actions and behavior, so they should also be able to tell something about our spiritual family as well.

Paul compares children to slaves. As long as the child was such, he lived in conditions not much different from the slave. He was an heir by legal right but not an heir in fact. He was under the authority of slaves established by his father. They acted as his guardians until he was grown. But at the date set by the father, the child’s status changed from slave to heir.

The Source of Our Relationship

The fullness of time refers to a period of completion in God’s timetable. We can see how the world was made ready for his appearance. God gave the law to show people how utterly helpless they were to live up to God’s standards. This accomplished its purpose. The time was right religiously for God to send Jesus. The Israelites had spent seventy years in Babylonian captivity. After hundreds of years of rebelling against God, this seemed to teach them a lesson. They put away other gods and forsook idolatry. The time was right culturally. Alexander the Great’s escapades spread the Greek language throughout the known world. This gave a common language to Christians as they spread the gospel message during the first centuries. There was also economic and political stability. The Romans provided this. They built a magnificent system of roads that allowed the early Christians to travel on.

In all of these ways, the time was right for God to send his Son. When he came, Jesus willingly submitted himself to the Father, just as the earthly son does his father. He was born of a woman. This alludes to his complete humanity. He was not a freak born in another way who could not identify with humans. Yet he was fully God at the same time. This is one of the great mysteries of the Christian faith. Had he not been fully God, he could not be the Savior of the world. He had to be fully God for his sacrifice to be able to atone for the sins of humanity. He also had to be fully human that he might identify with us.

He was born under the Law to redeem those under the law. He came to do for us what we could not do for ourselves. We could never hope to perfectly live up to God’s standards, so we needed someone to do it in our behalf. Jesus did that. He satisfied the requirements of the Law through his perfect obedience to God’s Law. Because of that, he has the ability to redeem all those who will place their faith and trust in him.

When we place our faith in Christ, he adopts us as sons and daughters. The word refers to a man giving the status of sonship to someone who is not his natural child. We are not naturally children of God but can become them through faith in him. Jesus is the source of our sonship.

The Confirmation of Our Relationship

God confirms our relationship with him by sending his Spirit to reside in our life. Not only does he tell us we are his children, but he confirms it through his abiding Spirit. This is something a human father cannot do. A human father can give an adopted child all the things he might give his natural child with one exception: he cannot give him his nature. This is passed genetically. But God gives us a part of his nature when he gives us his Spirit. God’s implanting a part of his nature in us confirms us as his children.

In writing to the Romans, Paul says; “For all who are being led by the Spirit of God, these are sons of God. For you have not received a spirit of slavery leading to fear again, but you have received a spirit of adoption as sons by which we cry out, Abba! Father! The Spirit himself bears witness with our spirit that we are children of God” (Romans 8:14).

Abba is a diminutive of the Aramaic word for father. It is a term of endearment used by young children. It can be translated “daddy” or “papa.” The Spirit brings us into a personal relationship with God. We can come to him with boldness and confidence knowing he hears and is concerned about our every need.

The Consummation of Our Relationship

This comes with the promise of a joint inheritance. Because of our relationship with God, and because we become heirs of his, we are entitled and will inherit the estate of our heavenly Father. It is wonderful to know everything that belongs to our heavenly Father also belongs to us. We own everything because of our relationship with him. There are no poor people in God’s kingdom. They may be poor in this world’s terms, but they are rich beyond measure spiritually.

The Obligation of Our Relationship

While the gift of sonship is free, there are serious obligations accompanying it. Great blessings are always accompanied by great responsibility. Paul reminds his readers that before they came to Christ their religion was one of works. They tried in their own strength to live up to God’s requirements—a futile endeavor. From that state, Paul introduced them to the gospel message of grace, which they accepted. He now finds it bewildering that they are turning back to what never worked in the first place. He could not understand why they wanted enslavement again.

Our obligation as a child of God is to live as a child of God. We must be holy even as he is. Our words and actions must be commendable before him. We must let others see him in us. We must serve others in his name. God adopts us as sons and daughters but expects us to reflect that relationship in turn.

John Wesley was an ordained clergyman in the Church of England and an honor graduate of Oxford. He was very active in practical good works, regularly visiting prisons and workhouses and giving food to slum children and orphans. He studied the Bible diligently and generously gave of his offerings. He prayed, fasted, and lived an exemplary life. He spent several years as a missionary to American Indians in the British colony of Georgia. Yet when he returned from England, he confessed in his journal; “I who went to America to convert others was never myself converted to God. I had even then the faith of a servant, though not that of a son.”

Being adopted as a child of God is a wonderful responsibility. Through faith in him, we enter his family and inherit all the privileges that come with it.