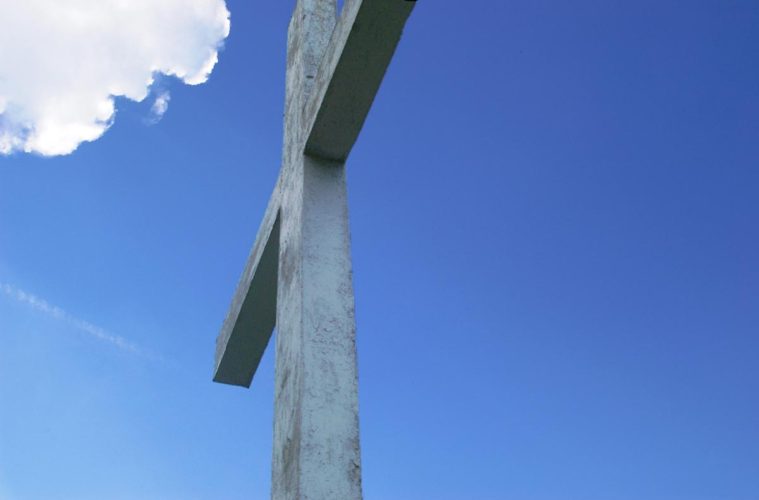 Benefits of the Cross (A Study in Galatians)

Self-willed effort caused Cain trouble in the Garden of Eden. He wanted to offer his own kind of sacrifice to God in an attitude that was not acceptable to God. As a result, God rejected his offering. Adam and Eve made their own efforts by eating the fruit God commanded them not to eat of, thinking they would be like God and know all things. They were in turn cast out of the garden.

A study of other world religions besides Christianity reveals that all are based to some degree on the idea that people can work to make themselves acceptable to God. All the religions and cults that deal with the supernatural also trace their origins to angels, extraterrestrial creatures, or some other spirit beings.

In addition to teaching that we must work for our salvation, world religions and cults also deny the Trinity, the divinity of Jesus, and his sacrificial atonement for humans.

Even the religion of the Jews—initiated by God—eventually taught a works salvation. The Judaizers represented this belief, and Paul rebuked them throughout this epistle. The Galatians accepted Paul’s teaching that salvation was by grace through faith in Christ, but the Judaizers told them they needed to add good works.

The beliefs of the Jews, as seen in the Old Testament, were the most perfect expression of belief in God. Many of the ceremonies along with the sacrificial system pointed to a time when the Messiah would come and make the perfect sacrifice. When Christ did that, Judaism was no longer valid in God’s sight. A Jew who rejected Christ was as bad as a pagan. This is why Paul confronted the Judaizers so vehemently.

Christianity is the only religion that teaches salvation by the grace of God. According to the teachings of the Bible, only through believing in the work Christ did on the cross is a person made right with God—although good works will proceed from that relationship.

Paul tells his readers in these final verses that he will boast in the cross. The cross was more than a piece of wood. It was the place where his Savior gave his life for the sins of the world. Jesus’ work on the cross was Paul’s source of righteousness as well as the source for all believers. It brought about an end to the ceaseless effort to please God by one’s own good works.

In Corinthians, Paul wrote; “God made him who knew no sin to be sin on our behalf that we might become the righteousness of God in him” (2 Corinthians 5:21). Here God did for us what we could not do for ourselves through the work of his Son.

It is only through choosing the cross that one can be made right in the eyes of God. We can never be good enough to please God. His standards are too high and impossible for us to reach. Jesus said we must be perfect to please God. Since this is impossible, we must attain that perfection through someone else, and Jesus is that person. If it was possible to please God through something good we might do, the death of Christ would have been meaningless.

It is the power of the cross and Christ’s death there that purifies us in the sight of God and makes us presentable to him. The Bible says; “In this is love, not that we loved God, but that he loved us and sent his Son to be the propitiation for our sins.” (I John 4:10) He bore our sins in his body as he hung on the cross. Because the episode on the cross has so much meaning, we too must learn to boast in it even as Paul did.

What are some reasons that Paul gives as to why we should choose the cross over our own good works?

Paul says through the cross the world has been crucified to him and him to the world. World comes from the word kosmos and speaks of an ordered system. In the New Testament, it carries the idea of the world system as ruled by evil. Through Jesus’ work on the cross and our acceptance of it, we are free from domination by evil.

The person who rejects the work of Christ on the cross is a slave to evil and its influence. Though their life may seem meaningful, it really is not. Theirs is a life ruled by the desire to gratify their sinful and selfish desires. They are in chains to these desires whether they recognize it or not. The world promotes this system of evil.

The person without Christ, though they may try to turn over a new leaf, is often haunted by the past and things they did or said or failed to do. There is no way to relieve that guilt or anxiety. They may hope that tomorrow will be better, but it never is. Their lives often become a pile of frustrated dreams. Many choose to live for the day only, taking in all the sinful desires they can and not worrying about tomorrow. Every unbeliever is a prisoner to the frustrations and futility of this world system whether or not they realize it or want to admit it.

The situation is entirely different for the believer. They have the assurance that past, present, and future sins are forgiven through their faith in Christ and what he accomplished on the cross. That is why we have reason to boast in the cross. It delivers us from the bondage of this world system. God’s Spirit lives in us now, caring for us and giving us the strength to live for God. In addition, we know our eternal security in heaven is as sure as if we were already experiencing it.

It is in light of these realizations that Paul says the world has been crucified to him and him to the world. He, nor any believer, is captive any longer to the system of evil. God gives us the power to live for him. The world and all who identify with it are corrupt and will be judged, but not the believer. Christ has delivered us through our faith in him. When Paul speaks of the world and the believer being crucified to each other, he means that we are dead to each other. While the world system still has influence over us, it no longer controls us. Evil desires control us only as much as we allow them to.

For the believer, sin becomes a dead issue. Sin may influence us, but we are not controlled by it any longer. We have escaped through the cross. The Bible says, “Our old self was crucified with Him, that our body of sin might be done away with, that we should no longer be slaves to sin; for he who has died is free from sin” (Romans 6:6). The faithful believer has no compelling interest in evil any longer. We may fall into sin occasionally, but it is not a way of life for us.

The Cross Does What the Flesh Cannot Do

Paul says circumcision or uncircumcision is nothing. He is a new creation. He mentions circumcision—the rite of the Jews as commanded by God to belong to the covenant community–because the Judaizers were telling the Galatians they needed this as a part of their salvation. They also encouraged them to continue to observe the Mosaic practices that were now outdated because of Christ’s work on the cross. Flesh, then, represents what we can do for ourselves. It is synonymous with our own efforts.

Paul was a Jew and had done everything in his own power to please God. He discovered on the Damascus Road that his own efforts were not enough. He had to trust in Christ. He found out he was persecuting God’s own Son.

The cross does what our flesh cannot do. Trusting in Jesus’ work on the cross brings salvation and acceptance by God. This is something our own good works can never do. Our salvation also makes us a new creation. God does not remodel our old life because there is nothing good there to work with. He simply makes us a new creation in Jesus Christ. As Jesus told Nicodemus, a person needs a new birth. The Bible says, “Therefore if any person is in Christ, they are a new creature” (2 Corinthians 5:17).

We must choose the cross because it brings us to God, and this is a way no one can come through their own efforts.

Paul says those who come by the cross will find peace and mercy. It brings salvation. This may have been an invitation by Paul to the Judaizers and any others who did not know Jesus as Savior. They too could find salvation by accepting Jesus’ work on the cross.

That famous verse reminds us that “God so loved the world that he gave his one and only Son, that whoever believes in him should not perish but have everlasting life” (John 3:16). The Bible also reminds us God does not want anyone to perish but all to come to repentance. We cannot change the terms of salvation. God has already established them. We can, however, refuse them. We must accept what Christ did on the cross and walk by faith in the power of his Spirit.

When we do, peace and mercy will result. Peace refers to our new relationship with Christ, and mercy refers to the divine removal of our sins. Through his mercy, God forgives our sins, and peace is the result. We must choose the cross, for salvation is only found there.

The Bible presents people as drowning in sin. If we were not, the death of Jesus on the cross would have been futile. Only through his sacrifice and our trust in him can we be saved. When we choose the cross and salvation, we are delivered from the bondage of the world system, we discover that God can do for us what we cannot do for ourselves, and we receive salvation.