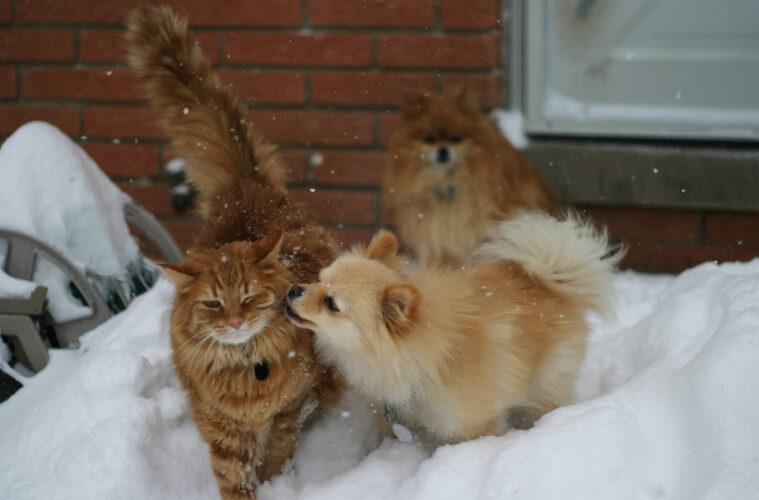 Hey God, I Have a Question Series: Do Animals Go to Heaven?

God made all sorts of wild animals, livestock, and small animals, each able to produce offspring of the same kind. And God saw that it was good. Genesis 1:25 NLT

Courtney was a middle schooler who attended the same church as I did. Every Wednesday evening when the pastor asked for prayer requests, her hand shot up. Often, her requests were not for family members or friends but for one of her animals. If her cat was about to deliver kittens, she prayed. If a dog became ill, she consulted God. The pastor acknowledged the importance of her requests as he did all the others. Under my breath, I often laughed at her naivety, but later realized that, while we served the same God, perhaps, she understood him better than I did.

According to the creation account, God created animals before he did humans. For the evolutionist, this makes sense, but perhaps that theory isn’t the reason for the order. Just maybe God actually cares about animals. After all, he gave Adam charge of them and told him to assign them names. And the wisest man who ever lived said godly people care for their animals: The godly care for their animals, but the wicked are always cruel (Proverbs 12:10).

When God destroyed the world by a flood, he saved a quota of animals, in addition to Noah and his family. After Adam and Eve sinned, God sacrificed an animal and used the hide to make clothes for them. For thousands of years—until Christ came—God allowed the animals’ blood to serve as a covering for people’s sins. In Revelation, John says God will one day create a new heaven and a new earth. I’m guessing the new earth will be similar to the present one but in its original state. And that one included animals.

I may not recognize the pets I owned on earth, but I’m willing to wager—although the Bible doesn’t state it in so many words—that there will be animals in heaven. And just maybe, those I cared for will come running up to me when I arrive.

Photo by Daniel Tuttle on Unsplash