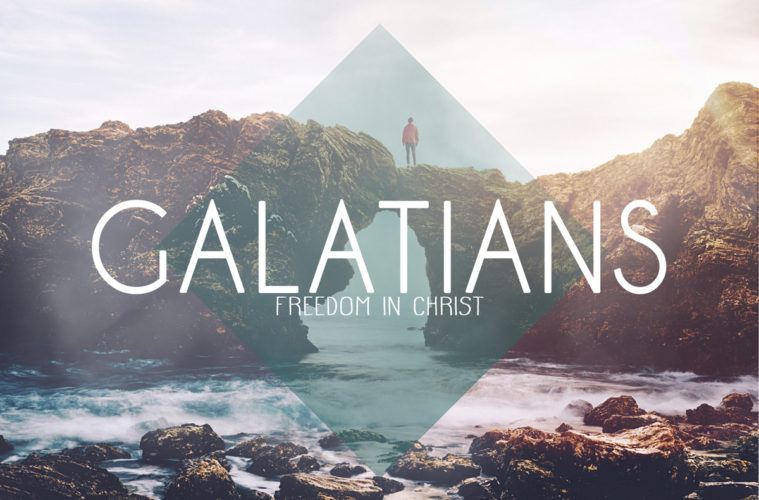 Faith is the Answer (A Study in Galatians)

Consider the question: “What must I do to be saved?”

Time has revealed various answers. Some think they do not need saving because they do not believe they are lost. They reject the idea of a God we are responsible to. They do not believe in something called sin and that unforgiven sin is punished. For such people, the question is meaningless.

Others try meditation or Eastern mystical practices for salvation. Some follow the religions of Buddhism, Confucianism, and Hinduism—trying to find salvation. The different denominations, cults, and occult prove people are trying in different ways to answer the question of how one is saved.

The Philippian jailer asked the question of Paul. Paul and Silas were put in jail for advocating customs that were not acceptable to the Romans. Before being thrown into jail, they were attacked, stripped of their clothes, and beaten with rods. About midnight, Paul and Silas prayed and sang hymns. Suddenly, an earthquake opened the doors of the prison and loosed the chains that bound them. When the jailer awoke, he saw the prison doors open. Assuming the prisoners had escaped—and that he would lose his life because he allowed them to—he drew his sword and prepared to kill himself. Paul stopped him just in time. He rushed in, fell before them, and asked the question.

Paul goes to great lengths in this letter to the Galatians to prove faith is the answer to the question. The message that faith is the answer to the question of how one is saved was being undercut by the Judaizers. So terrible was the situation that many of the Gentiles and Jews that had once accepted Paul’s message were now deceived. Whereas they had believed faith was the means of salvation, now some were believing they could work for their salvation. Paul appeals to the Old Testament—what the Judaizers proposed people must still believe—to prove that faith was the way.

While we may not face the exact same set of circumstances today, we are still subtly tempted to believe salvation comes some other way. We may profess faith is the way, but we live as if something we do helps. It might surprise us to know how many trust in other things such as how active they are at church, their church membership, or their good works.

Faith has always been the way God accepts people. He accepted Abel over Cain because of his faith. Noah and his family were saved because of their faith when all others perished. Moses was selected for a great task because of his faith. Paul has already shown the Galatians they were justified by their faith by appealing to their experience. Now he will appeal to Scripture, the very thing the Judaizers trusted in.

The Old Testament Proves Faith is the Only Way to God

What better person to prove faith is the way than Abraham. He was the father of the faithful. He lived before God gave his law to Moses at Sinai. If Paul could prove God accepted Abraham because of his faith, he could disprove the arguments of the Judaizers. They said a person must observe rites, circumcision, and ceremonies. These only came with the giving of the Law, and Abraham lived before that happened.

The Judaizers taught that Gentiles needed circumcision for God’s acceptance. They certainly must have used Abraham as an example. He was not circumcised when God called him to leave his homeland to go to a land he would show him. Sometime later, he and his descendants underwent the rite. It was a sign of God’s covenant with them and an illustration of the need of continual cleansing of sin. The cutting away of the skin was a symbol designed to teach the need to cut away sin from the heart.

Using the Old Testament and Abraham, the Judaizers taught Gentiles must share in this rite to share in the blessings promised to Abraham and his descendants. Paul disagreed. Paul showed them that God declared Abraham righteous not because of this practice but because he believed God. God called him to leave his homeland, go to a land he had never seen and promised to bless him and make him a great nation. Abraham obeyed, and this is why God declared him righteous. This all happened before God ever commanded him or his descendants to be circumcised. Thus it was his faith, not his circumcision.

God promised Abraham and his wife Sarai a son in their old age. He further promised him that his descendants would be as numerous as the stars of the heavens. The Bible then says; “Then he (Abraham) believed in the Lord; and He reckoned it to him as righteousness” (Genesis 15:6). It was fourteen years later before God commanded Abraham and his descendants to undergo circumcision.

The Judaizers and other Jews completely reversed this setting. They said circumcision and then salvation while Paul argued the gospel said salvation and then circumcision. It was only a physical sign to separate God’s people from the pagan world around them. Paul also wrote to the Romans; “He is not a Jew who is one outwardly; neither is circumcision that which is outward in the flesh. But he is a Jew who is one inwardly; and circumcision is that which is of the heart, by the Spirit, not by the letter” (Romans 2:28).

The Jews loved to appeal to their descent from Abraham to prove they were God’s children. Paul reminded them that only those who exercised faith as Abraham did are truly his descendants. Being a physical descendant would not help them as they thought. One must be a spiritual descendant, and this comes by following Abraham’s example of faith in God.

Paul continues by saying the Gospel message was preached beforehand to Abraham. God promised Abraham that all nations would be blessed in him. This included the Gentiles, the ones who for many generations Jews thought could not be saved without adopting Jewish ways. Paul says the Scripture foresaw that God would justify the Gentiles by faith. The Gospel is good news, and the good news is that God accepts us through faith and no other way.

It is only human that we try to save ourselves. We want to pat ourselves on the back and think it is something we have done. The Jews put great stock in circumcision and physical descent from Abraham, but we can be just as guilty of placing our trust in other things besides faith. It does not matter how godly our parents or grandparents were or how rich our physical lineage is. If we don’t have faith, God does not accept us. God saves no racial, ethnic, or social group because of their identity. Faith saves all, and the example of Abraham proves this.

Paul said those who labor under the law—trusting in it for salvation—are cursed. To be saved by the law, one would have to perfectly obey it. This is impossible because of our sinful nature. To obey the law of God perfectly, we would have to be perfect—and this we are not. What the Judaizers trusted in for their salvation they could not accomplish. Not only did God declare Abraham righteous fourteen years before circumcision, but it was also over 500 years later before God gave the Law to Moses at Sinai.

The ancient rabbis were so convinced that salvation came by obeying the law that they tried to prove God somehow revealed the law to the patriarchs and other saints who lived before Moses—a belief they could not prove.

Paul says all who labor under the law are under a curse: they must keep all the law for God to accept them. The history of the Jews themselves should have proved this was impossible. The Judaizers were placing themselves under the wrath of God, rather than his blessings, by teaching one must obey the law to gain God’s acceptance.

Paul quotes from the Old Testament book of Habakkuk to prove this is false. Habakkuk wrote; “The righteous person shall live by faith” (Habakkuk 2:4). The way of law and faith are mutually exclusive. They cannot happen at the same time and place. It is either one way or the other, and Paul says it is by faith.